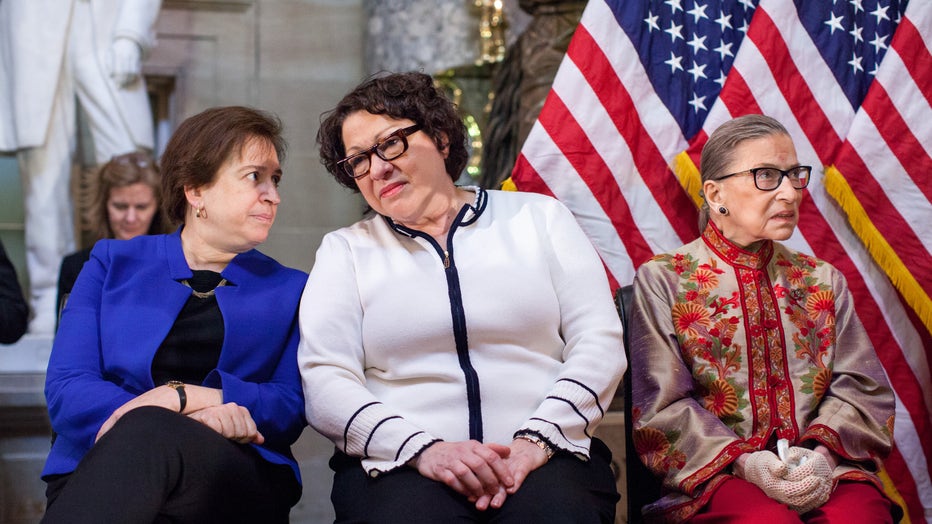 The U.S. Supreme Court suggested it may strike down a North Carolina law that bars sex offenders from using social media — because it could block Americans from reading President Donald Trump’s tweets.

During oral arguments on Monday, several justices discussed the importance of social media as a means of political and religious communication, and seemed concerned that laws limiting the use of such platforms could violate the First Amendment, which protects free expression and free religion.

“The president now uses Twitter,” Justice Elena Kagan said. “All 50 governors, all 100 senators, every member of the House has a Twitter account. So, this has become a crucial, crucially important channel of political communication.”

President Trump, known for his early morning Twitter musings, has said he liked to tweet because it allows him to bypass the media and communicate directly with his followers.

Kagan added that surveys show one in five Americans have discussed their religion on social media. “So whether it's political community, whether it's religious community, I mean, these sites have become embedded in our culture as ways to communicate and ways to exercise our constitutional rights, haven't they?” she asked.

Similarly, Justice Anthony Kennedy said comments made on social media are "greater than any communication you could have had even in the paradigmatic public square." Justice Ruth Bader Ginsburg mentioned that to be barred from sites like Twitter and Facebook would mean being cut off from “a very large part of the marketplace in ideas.”

Busted for bragging about beating a traffic ticket

The court’s discussion about social media’s role in political and religious discussion comes as it mulls over Packingham v. North Carolina, an appeal from a registered sex offender who was convicted in 2008 of using social media.

Durham man Lester Packingham Jr. was 21 years old in 2002, when he was charged with statutory rape of a 13-year-old girl. He pleaded guilty to charges of taking indecent liberties with a child, was given two years’ probation and put on the sex offender registry. The latter meant that he was barred from social media.

Eight years later, he took to Facebook to announce getting out of a traffic ticket.

"Man God is Good!" he wrote in 2010. "How about I got so much favor they dismissed the ticket before court even started. No fine. No court cost, no nothing spent ... Praise be to GOD, WOW! Thanks, JESUS!"

Packingham — who was off probation but on the registry when he wrote the post — said he was unaware of a 2008 North Carolina law that bans registered sex offenders from using social networking sites. The law was designed to keep predators away from websites children may access. When a police officer saw the status update, Packingham was convicted of accessing a “commercial social media website and was given a suspended sentence.

Packingham says he is one of more than 1,000 people prosecuted under the statute since 2008.

North Carolina is the only state in the U.S. with this law  barring  registered sex offenders from using social media sites. Louisiana is the only other state with similar rules, although its law only blocks sex offenders convicted of crimes against children from such sites.

While the case’s most immediate repercussion would be determining if North Carolina sex offenders can log back onto social media, the argument underscores the increasing importance and power of social media.

A decision to strike down North Carolina’s law would mark the second time in as many years that the Supreme Court has ruled in favor of greater rights on and more access to social media. In 2015, the court overturned a Philadelphia man’s conviction for making threats against his estranged wife on Facebook. Some hailed the decision as a victory for free speech.

The Supreme Court’s decision is expected by June. Five justices need to vote against the law in order to strike it down.