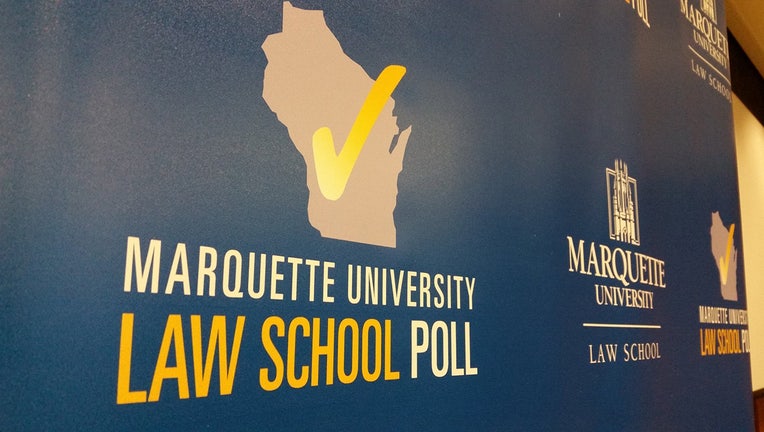 MILWAUKEE - A new Marquette Law School Poll national survey released on Wednesday, July 20 finds approval of the U.S. Supreme Court has fallen to 38%, while 61% disapprove of how the Court is handling its job.

The latest Marquette Law Poll Supreme Court survey was conducted July 5-12, 2022, shortly after the final decisions from the October 2021 Supreme Court term were released. The survey interviewed 1,003 adults nationwide and has a margin of error of +/-4 percentage points.

A news release says the sharp decline in approval in July follows the Court’s decision in Dobbs v. Jackson Women’s Health, overruling the 1973 Roe v Wade decision, which announced a federal constitutional right to abortion in all 50 states. In March, prior to the leak of the draft opinion overturning Roe, 65% of those who favored striking down Roe approved of how the Court was handling its job, while 45% of those opposed to overturning Roe approved. Following the leaked opinion in May, approval rose sharply among those who favored overturning Roe, to 84%, and fell among those opposed, to 25%. In July, approval remained at 83% for those in favor of the Dobbs decision but fell even further among those opposed to striking down Roe, to 11%. Table 2 shows the full trend in approval of the Court’s job performance, by position on Roe.

Approval of the Court is more sharply polarized along party lines than it was in March. In March, partisan differences were modest, with a majority of both Republicans (64%) and Democrats (52%) approving of the Court’s handling of its job. This changed after the leaked draft opinion in May, with approval among Republicans rising to 71% and approval among Democrats falling to 28%. This divide widened further after the Court ruling was handed down on June 24, with approval among Republicans remaining high at 67% and virtually collapsing among Democrats to 15%. Approval among independents also declined from March to May, but did not change further after the June decision. Table 3 shows approval by party identification in the March, May, and July surveys.

Complete poll results can be found online at law.marquette.edu/poll.