Summerfest returns Thursday, Sept. 2. After the COVID-19 pandemic paused the Big Gig, fans and musicians are pumped up.

MILWAUKEE - Summerfest returns Thursday, Sept. 2. After the COVID-19 pandemic paused the Big Gig, fans and musicians are pumped up.

A day before the official start of the musical festival, fans camped outside the gates to see rock icons Green Day, Fall Out Boy and Weezer – set to perform Wednesday night.

"It’s really good seeing people get back together after this year-and-a-half of just staying at home," Calla Flanagan said.

There are changes to the 2021 festival. All transactions are now cashless, and Summerfest also unveiled the new Generac Power Stage. 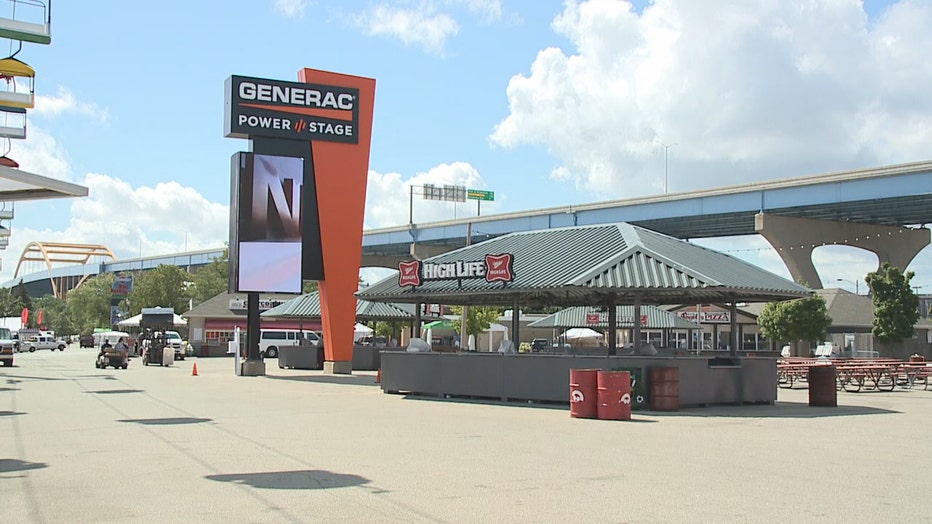 "I would say come early. Avoid those lines at 6 and 7 p.m," said Smiley. "It’s all about the music here, and the food and beverage and the camaraderie within our city."

"I think it’s going to be really good to be in this space with other people again and feel the connection you get from live music," said Krueger.

The show drew several people from out of state. The gates opened one hour before the concert Wednesday, and as thousands filed into Henry Maier Festival Park, a concert ticket was not enough for entry.

As thousands prepare to file into Henry Maier Festival Park, a concert ticket will not be enough for entry.

There were lines of people extended around the south entrance before gates opened. When they did, the process was relatively seamless – whether people had proof of vaccination, a negative test result or needed testing on-site.

As the pandemic continues, Summerfest will require all attendees to show proof of vaccination or a negative COVID-19 test within 72 hours.

"There is testing here. At the north gate and the south gate there is rapid response test available," said Don Smiley, Summerfest CEO. 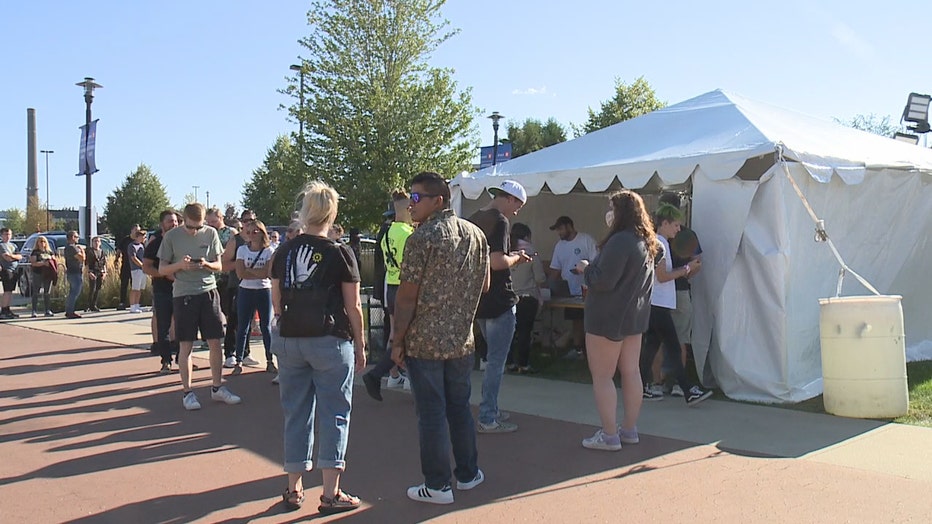 Employees checked for documents before people went through security. That effort was something fans didn't seem to mind Wednesday.

"Honestly, it makes me feel safer. It's a little bit more of a pain, but it's worth it to make sure everything goes smoothly," said Patricia Martinez.

Festival-goers like John Watkins and his daughter, Teagan, arrived early in case the entry protocols slowed down admission.

"Teagan brought her card, so then I had mine on a picture on the phone. It went really slick. We just showed them at the gate, and in we are," said Watkins. 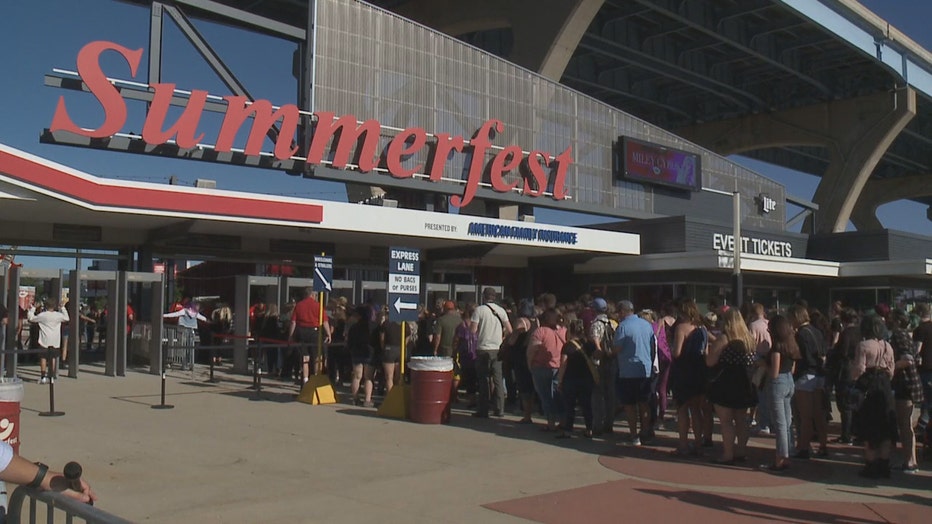 The process was a bit slower for people like April Frost, who relied on rapid on-site testing for a negative result. Still, she said, the overall process was smooth.

"She was really nervous that for some reason she would test positive and not get in," Frost said. "We waited in line 20 minutes probably, did the swab, waited 10 minutes and it was negative. So, we got our bracelets, and we get to go in."

One thing that caught a few people by surprise was the $25 cost of on-site testing.

Additionally, masks are required for children younger than age 12 and optional for others.

It's the newest stage at Summerfest -- and will draw big crowds in addition to big acts. Learn more about the Generac Power stage.

The Milwaukee Bucks are inviting singers and musicians of all genres to audition for the opportunity to perform the national anthem at Bucks home games during the 2021-22 season.