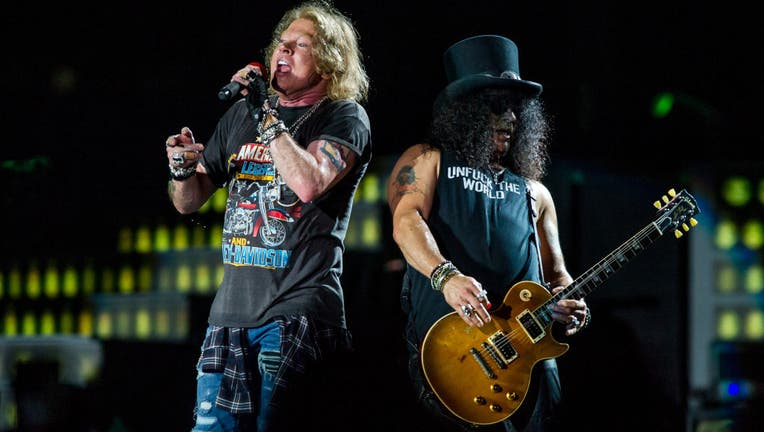 BRISBANE, AUSTRALIA - FEBRUARY 07: Axl Rose and Slash perform at the Guns 'N' Roses 'Not In This Lifetime' Tour at QSAC Stadium Brisbane on February 7, 2017 in Brisbane, Australia. (Photo by Marc Grimwade/WireImage,)

MILWAUKEE - Guns N’ Roses announce the return of their tour with rescheduled dates, including Saturday, Sept. 18 at the American Family Insurance Amphitheater during Summerfest. Wolfgang Van Halen’s Mammoth WVH has been added as a special guest.

Tickets for new dates are on sale beginning Friday, June 4 at 12 p.m. at GunsNRoses.com.

RESCHEDULED DATES - Tickets for the rescheduled dates below are on sale now at GunsNRoses.com, Summerfest.com, and Ticketmaster.com.