For one hour Saturday afternoon, instead of live bands, Summerfest's Generac Power Stage became a place for military appreciation.

For one hour Saturday afternoon, instead of live bands, the Generac Power Stage became a place for military appreciation.

"I am very proud to serve, as anybody should," said U.S. Army veteran Waren Musilek. "It means a lot, how can I put it? We’re one people here. That’s all we are."

Any active-duty military member or veteran got into Summerfest for free with up to four family members all day on Saturday.

As service members and their families enjoyed a beautiful day at Milwaukee's lakefront, the 9/11 anniversary was on their minds – knowing what it takes to have this freedom. 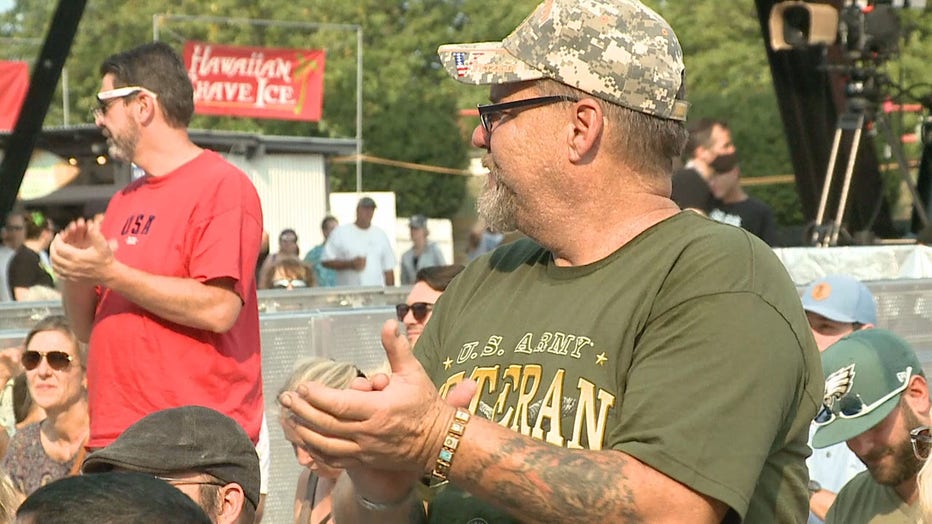 "9/11 means a lot," said Musilek. "You got to come together. It’s not just one day. It’s every day. Every day you wake up in the morning, thankful that we live here…If it wasn’t for all this, we wouldn’t have all this. This is awesome, isn’t it?"

The military appreciation ceremony included a moment of silence for the lives lost on 9/11.