SHIOCTON — A spring tradition is underway in northeastern Wisconsin as the sturgeon spawning has started on parts of the Wolf River.

WLUK-TV reports the giant prehistoric fish spend most of their time in the Lake Winnebago System, but during the run, they're are easy to spot at locations on the Wolf and Embarrass rivers.

Ryan Koenigs, a sturgeon biologist for the Wisconsin Department of Natural Resources, says the sturgeon usually start to spawn in warmer weather as the water temperature increases. He says crews netted and tagged about 200 fish Monday, including one as large as 78 inches in Shiocton.

Hundreds of people lined the shoreline at Bamboo Bend in Shiocton on Monday. Matt Reinke says it was exciting to take his 7-year-old son, Mason, to see the fish. 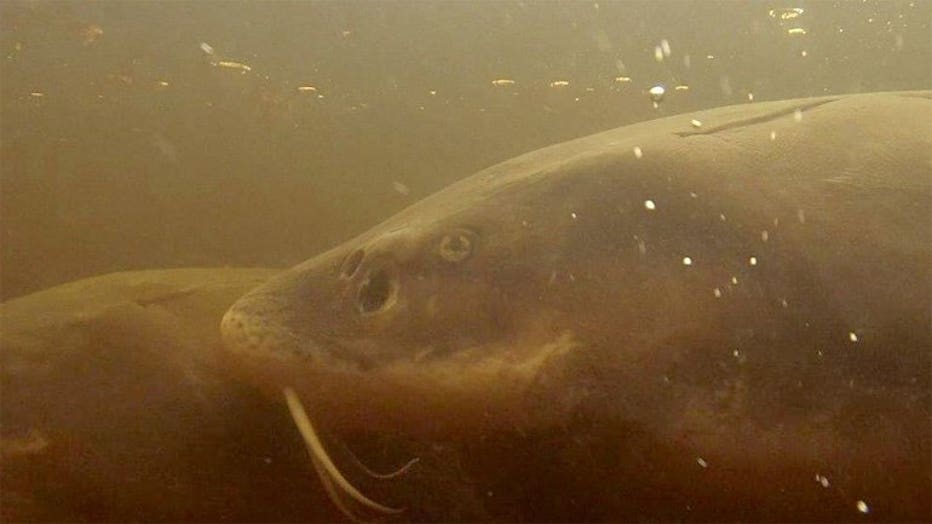