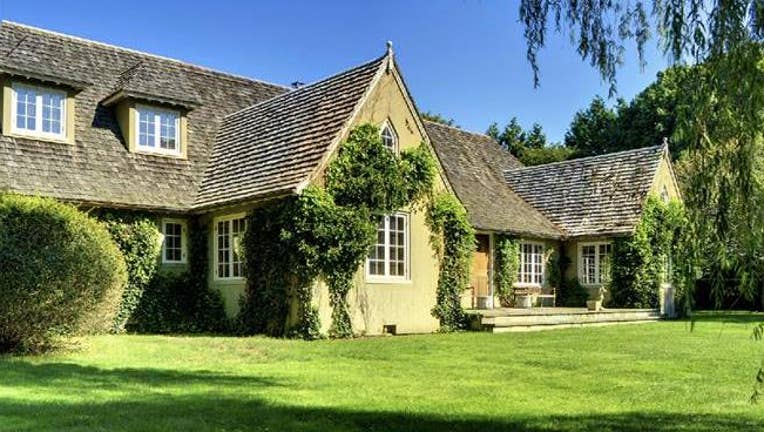 Featured in the 2012 documentary 59 Middle Lane, the AP reports the Tudor mansion was once the home of millionaire Wall Street financier Ted Ammon, who was murdered there in 2001—a detail you won’t find in the Town & Country listing.

According to 27 East, Ammon was bludgeoned to death by his estranged wife’s lover, Daniel Pelosi, while the couple was in the process of divorcing.

Now Greg and Alexa Ammon are putting the past behind them by selling their family home. "We truly hope our family home finds the right buyer who can enjoy the many happy memories we had here and appreciate the true beauty it has to offer," Greg wrote in a statement.

Curbed notes that though the home's sordid past might scare off some potential buyers, the stunning property, which has been rented out over the years, enjoys a location "worth mention." Built in 1995, the 7,000-square-foot home sits on 2.2 acres that feature gardens, a heated pool, and a pond.

According to the listing, the interior boasts six-and-a-half bathrooms, a library, solarium, gourmet kitchen, and exercise room. The AP notes Pelosi was convicted of the murder and is eligible for parole in 2031.

(This mansion is expensive even for billionaires.)