A former West Bend strip club is getting new life as Ozaukee Christian School. School leaders say it all came together as part of a bigger plan.

Kris Austin, the head of Ozaukee Christian School, said this is 32 years in the making.

After leasing in various churches since starting in 1990, the school's first permanent location is the building that housed the former strip club. The school purchased the old Spearmint Rhino strip club in 2019 and has spent about three years renovating it.

At a ribbon-cutting open house Thursday, Aug. 25, Austin said they’re exactly where they’re meant to be. 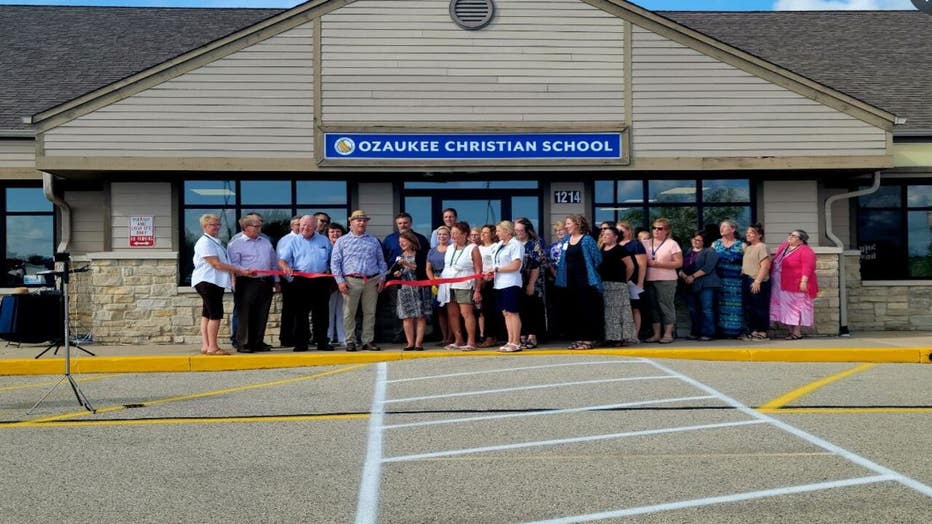 "It is a crazy transformation," said Austin. "The part of the building directly behind me was a strip club." 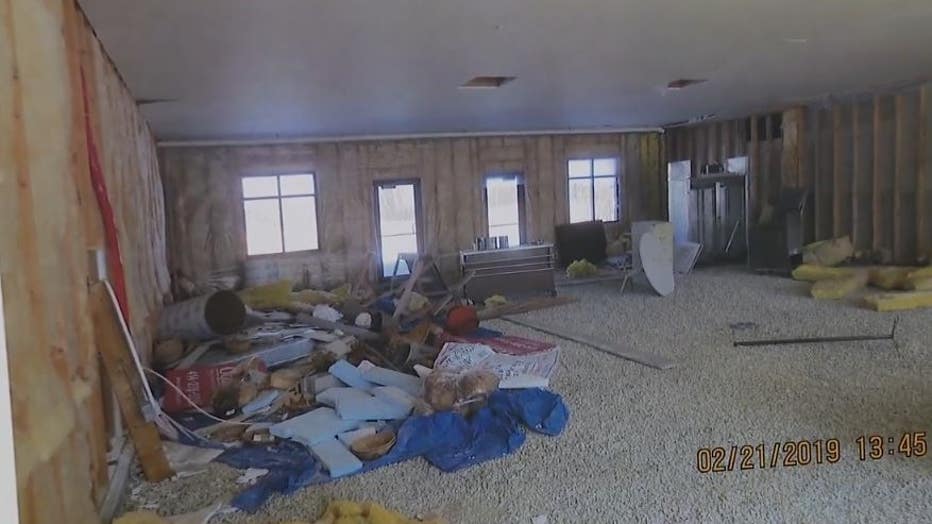 "That was the final piece," Austin said. "We kind of think people are curious about what the building looks like."

In 2019, the school completed an initial 7,000 sq. ft. renovation in the building, open to students for about 4.5 months before the COVID-19 pandemic's arrival. Students returned in fall 2020 to additional classrooms. In 2021 and 2022, work continued to add more classrooms, bathrooms, a multipurpose room and a kitchen.

Austin said in May 2022, they got final approval from the state for occupancy of the old club itself. On Thursday, they celebrated opening all 22,000 sq. ft. of the building, inviting people in for tours.

What used to be the club's banquet hall area and dressing rooms now make up the school's multipurpose center.

"God has really taken something that was dark, something where women were objects and men were allowed to be irresponsible, and he’s turned it into a place of light," said Swartz.

Swartz has three daughters in the 3-K through eighth-grade school. He said the project may have taken a leap of faith or two, but he and Austin said the signs were there.

"We saw, every step of the way, God bringing little signals," said Swartz. 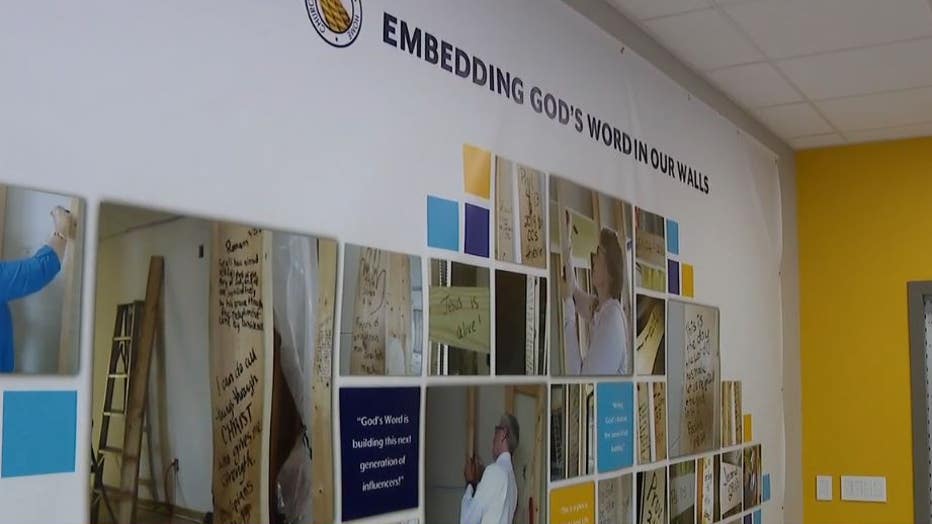 "In many of the windows, the interior frame, the metal is a cross," said Austin.

The building, no matter its past, will play a critical part in the school’s future.

"There was no way we could have written a story like this," said Austin. "As fun as that is and as exciting as the new building is, it’s really what happens within those classroom walls that gets me excited."

The building and renovation cost about $1.6 million, with more than 190 donors contributing $1.5 million. 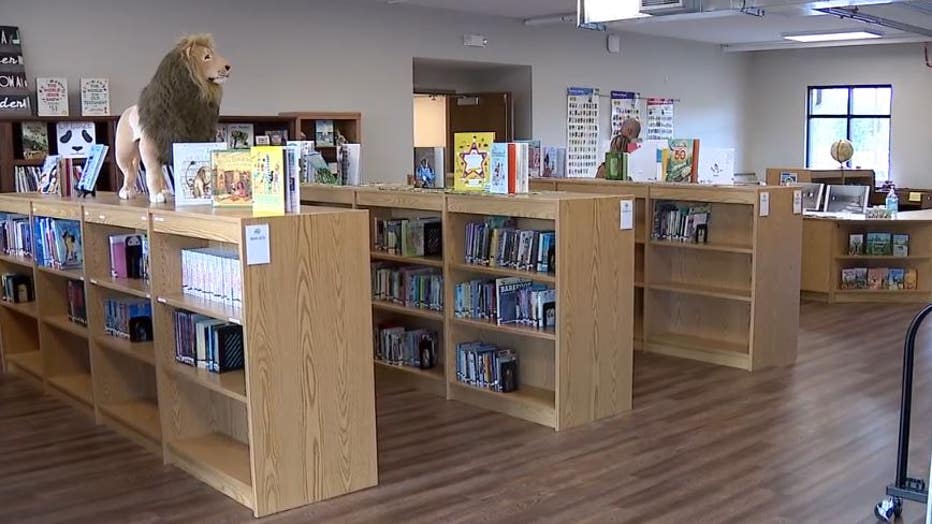 In the past three years, enrollment and OCS has more than doubled to about 120 students enrolled for the 2022-2023 school year.

The new school building can hold about 150 students, and Austin is already looking ahead to expansion.