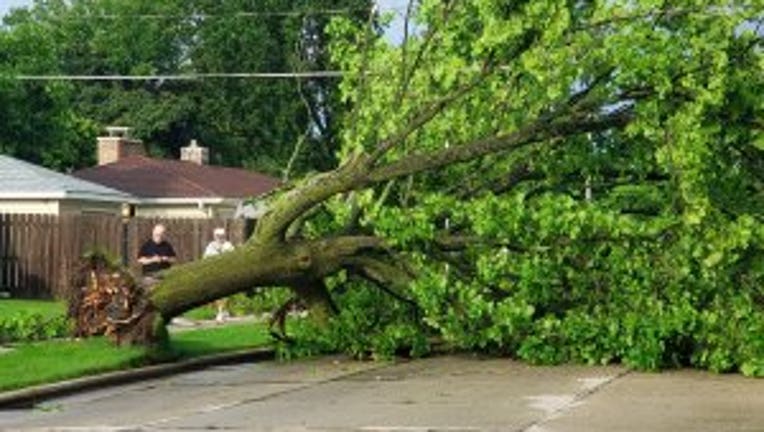 The powerful winds uprooted seven large trees on one block in Racine. In Kansasville, a dozen utility poles were damaged with some resting at an angle because of the wind.

Shows at Milwaukee's Summerfest were temporarily halted Tuesday afternoon because of lightning. Penny-sized hail was reported in Germantown.