NORTH ATLANTIC -- Over the last 36 hours, an impressive Atlantic storm producing hurricane-strength winds continues to move through Ireland and Scotland in the Northern Atlantic Ocean. At one point, satellite estimates had sustained winds of over 105 mph, which is as strong as a category 2 hurricane. 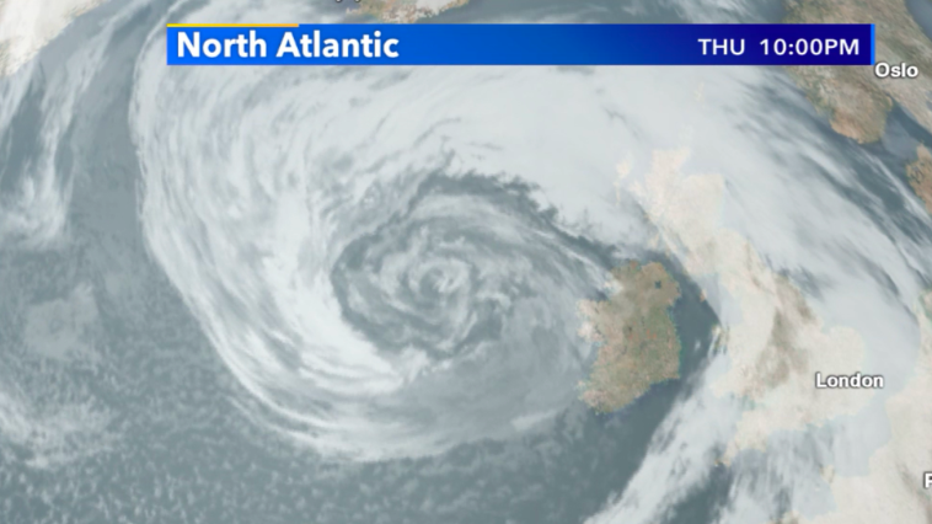 Infrared satellite view of the storm occurring in the Northern Atlantic

Although it's as strong as a hurricane, this storm, due to its place of origin, would not get that classification. This storm is not Tropical Storm Arthur but it's low originated just downwind of the Atlantic's first Tropical Storm of 2020. The formation of this North Atlantic storm is thanks to the merging up with another northern cyclone and rapidly strengthened as a result.

Its impacts at this time are mostly wind-driven on the coast of Ireland and Scotland, but are producing flood concerns all the way into Scandinavia. This low is expected to weaken in the next 24 hours as it continues to drift northeast and miss Iceland. 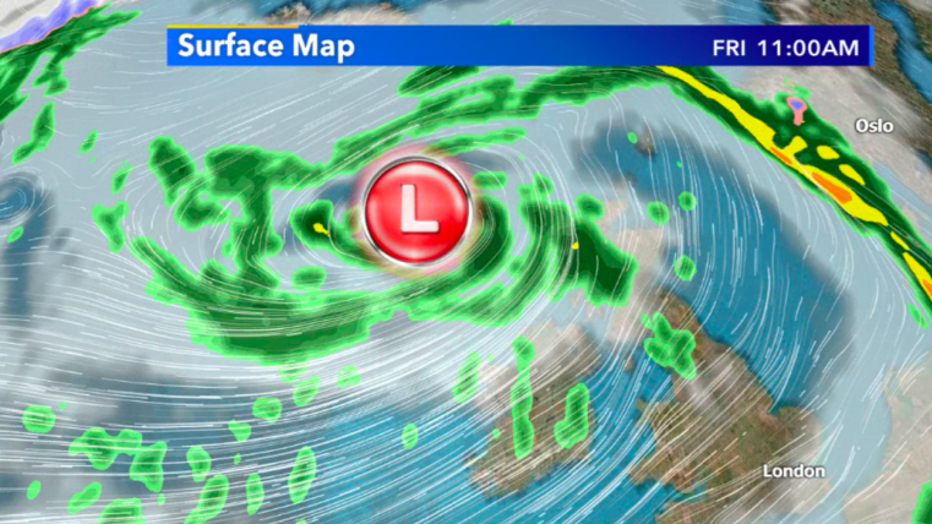 Surface Map view of the impacts of the storm as of Friday, May 22