MILWAUKEE - Two teens were arrested early Sunday morning after stealing a Kia in West Milwaukee and evading police before crashing and bursting into flames near Hawley and Vliet in Milwaukee's Washington Heights neighborhood.

West Allis police heard a radio call of two individuals trying to steal a Kia near 54th and Beloit around 1:40 a.m. Soon after, a West Allis police officer saw two Kias driving erratically and attempted a traffic stop near Hawley Road and Hawley Court. Both fled the officer and one car traveled east on W. McKinley Road as the other continued northbound on Hawley, a release said. 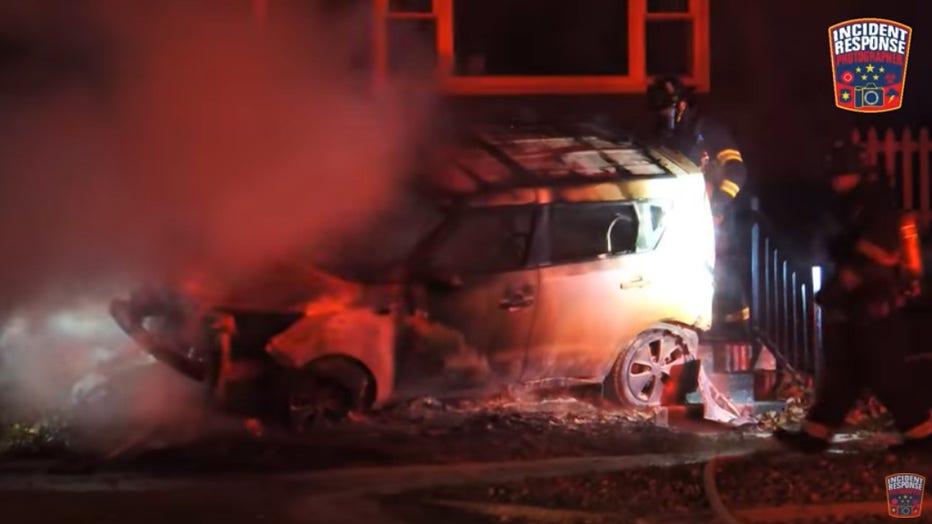 The northbound Kia crashed into a third vehicle at the intersection of Hawley and W. Vliet St. Shortly after the crash, the Kia started on fire. WAPD officers with the assistance of a Milwaukee Police officer puller the occupants of the Kia out of the vehicle.

Nobody was injured in this incident.

Police are investigating a shooting that left one person injured near Appleton and Fiebrantz around 8:10 p.m. Saturday, Nov. 27.