MILWAUKEE -- Immigrants rights groups held a demonstration on Saturday, July 11, encouraging people on Milwaukee's south side to register to vote and fill out the census. Demonstrators gathered, causing a commotion in the street that drew onlookers up and down the neighborhood.

"I heard the blowing and I was like, OK this is unusual. I had to see what was going on. And I'm glad I did come out," said resident Kaotha Allen.

Volunteers with the group Voces de la Frontera said that's the point. A caravan of honking cars and bicycles came with an important message. 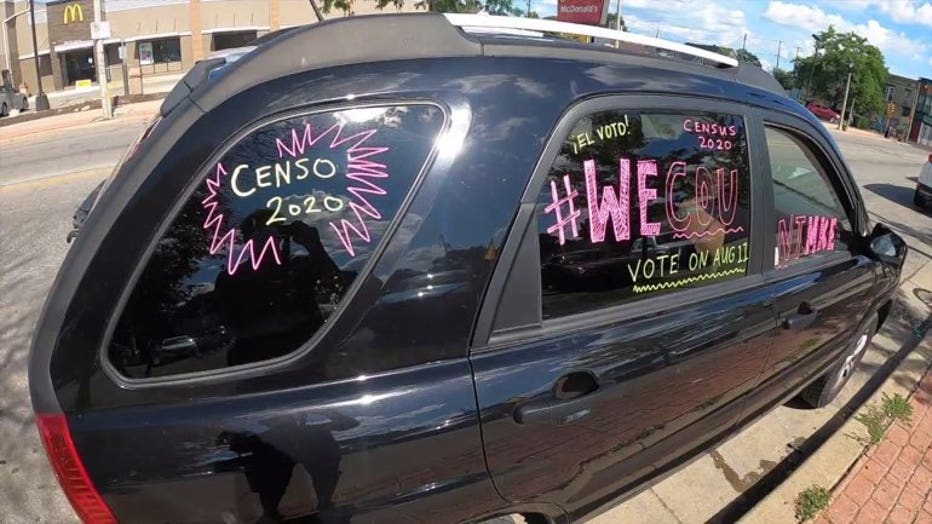 Activists said many of the people living in the 53215 and 53204 zip codes don't have access to information about how to request an absentee ballot or how to participate in the census.

"It is mandated that the government take a count of everybody residing in the country every 10 years. That's not every citizen, that's not every voter, that's every person living here," said Catheryn Zamarron, a volunteer with Voces de la Frontera.

Zamarron reminded community members that funding for services, like healthcare, is based on census numbers -- something she said the community needs now more than ever.

"(This) was one of the hot spots in the city for a while in terms of COVID cases. And it's also a zip code that also has historically really low rates of turning in the census. So we don't have enough services," Zamarron said. 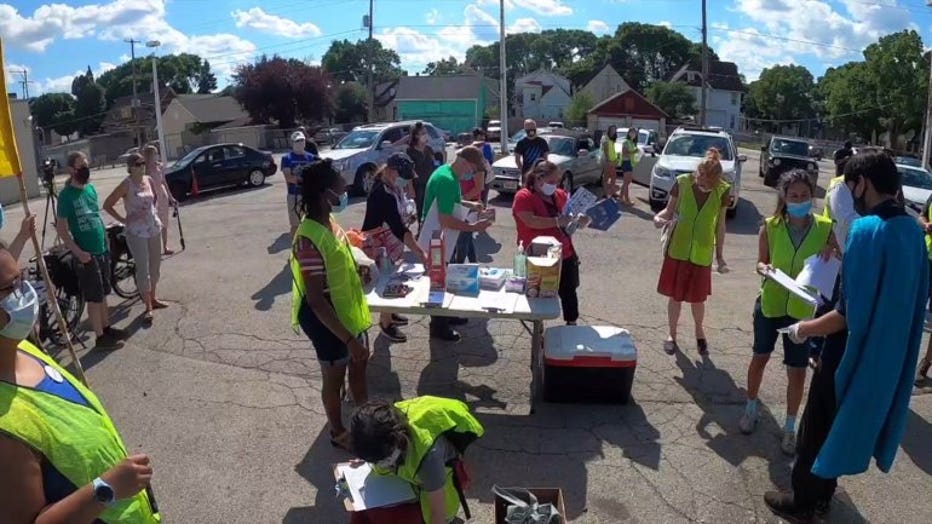 Activists help people register to vote on Milwaukee's south side

Volunteers also helped people register to vote and request an absentee ballot ahead of the Aug. 11 primary. Allen applauded the effort and echoes its sentiment.

"We need to teach our kids how important this is," Allen said. "They need to know they still have a voice."

Voters who are registered have until Aug. 6 to request an absentee ballot. Census information must be completed by Oct. 31.

Overall, Milwaukee has a census self-response rate of 57% -- nearly 5% below the national average. For more information about the 2020 U.S. Census, CLICK HERE. For City of Milwaukee voter information, CLICK HERE.