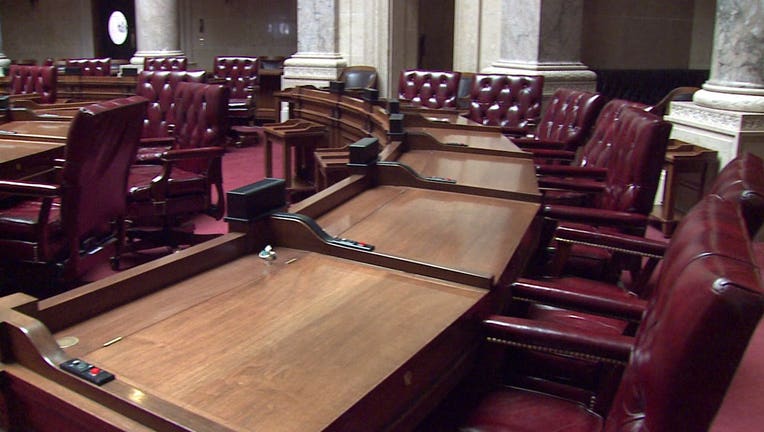 MADISON, Wis. - The Wisconsin Senate is scheduled to vote Tuesday on a bill that would increase animal abuse penalties.

Right now the penalty for animal abuse is a $500 forfeiture. Abuse resulting in mutilation, disfigurement or death the maximum penalty is three-and-a-half years in prison.

The bill would ensure that the new penalties wouldn't apply to dogs injured while hunting or training to hunt if their owners get treatment for the injuries as soon as possible.

Wisconsin Ethics Commission records show the Humane Society of the United States has registered in opposition. That group has criticized the use of dogs to hunt wolves in Wisconsin, arguing the practice leads to bloody dog-wolf fights in the woods.

The powerful Wisconsin Bear Hunters Association and the Wisconsin Farm Bureau Federation both support the bill.

A statewide civics curriculum would be created that all Wisconsin public and private schools would have to follow under a Republican-authored bill up for approval Tuesday in the state Assembly.