NEW YORK — The stepfather of a 3-year-old girl found dead in a New York City apartment on Monday has been charged with her murder, according to the Queens District Attorney's Office. 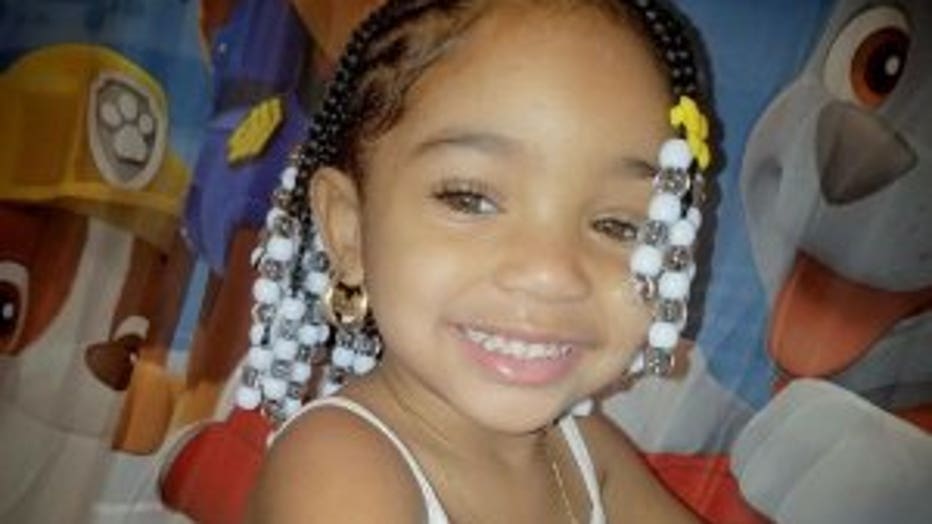 Police were called about 6 p.m. to an apartment on Beach 105th Street near Shore Front Parkway in the borough of Queens and found Bella Edwards unconscious and unresponsive.

Her stepfather, 32-year-old Marc Jenkins, was performing CPR on her, according to WPIX. Jenkins was the only adult in the apartment with Bella and her 3-month-old brother for about eight hours Monday.

"There were a number of firemen and ambulances ... trying to resuscitate her," neighbor Doris King said.

She was rushed to a hospital, where she was pronounced dead.

Preliminary results of the autopsy showed Bella died as a result of blunt force trauma to her abdomen with other medical studies pending.

Bella's body showed signs of trauma consistent with abuse, a police source told WPIX. The source said that she was covered in bruises, had new injuries and several old injuries that were healing, and there were signs of sexual abuse.

A 3-month-old who lived in the apartment where Bella was found has been taken to a hospital for evaluation.

In a message to WPIX, Bella's mother remembered her daughter as "friendly, beautiful, affectionate, smart and lovable and the best daughter anyone can ask for."

"She loved and was (a) very affectionate sister to her baby brother Logan," she wrote. "She was loved by many who came to know her."

King said she does not know Edwards' parents and only saw her around the building.

"Our top priority is protecting the safety and wellbeing of all children in New York City. As soon as this family came to our attention last night, we immediately launched an investigation with the NYPD," Deputy Commissioner Eric Ferrero said.

The agency on Tuesday held an unrelated walk for child abuse prevention in Brooklyn. There, ACS Commissioner David Hansell would not comment on the details of Edwards' case or previous history with the family.

A vigil is scheduled for 6 p.m. Wednesday outside the apartment building where Bella died.

The child's mother has asked well-wishers to bring pink and red balloons and candles. Those were Bella's favorite colors.