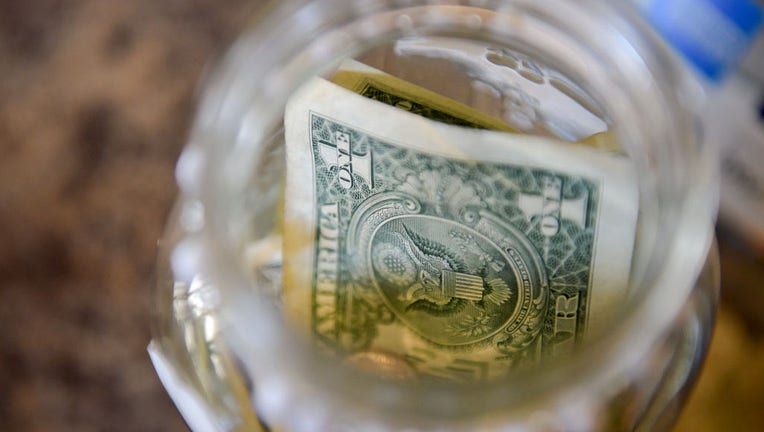 Americans are continuing to dole out big tips at restaurants even as the threat of high inflation hangs over the economy.

According to aggregated restaurant sales data from software provider Toast's second-quarter Restaurant Trends report, the average same-store tip amount is up nearly 10% compared with last year, despite increases in the price of goods and services.

As of June 30, Toast had approximately 68,000 restaurant locations on its platform.

WENDY'S TO GET NEW LOOK WITH MODERNIZED RESTAURANT DESIGN

The data reveals that Indiana was the most generous state for tipping during the second quarter with an average tip of 21%, followed by West Virginia (20.8%) and Ohio, Delaware and Kentucky (20.7% each).

Despite having one of the highest minimum cash wage laws for tipped employees in the nation, Californians were the least generous tippers, giving an average of 17.5%. Other states with the least generous tipping included Washington (18.3%), Florida and New York (18.5% each), and Hawaii, Texas and Nevada (18.8% each).

Sales for on-premise dining grew nearly 22% during the quarter compared with a year ago, while takeout and delivery grew approximately 6% year over year. 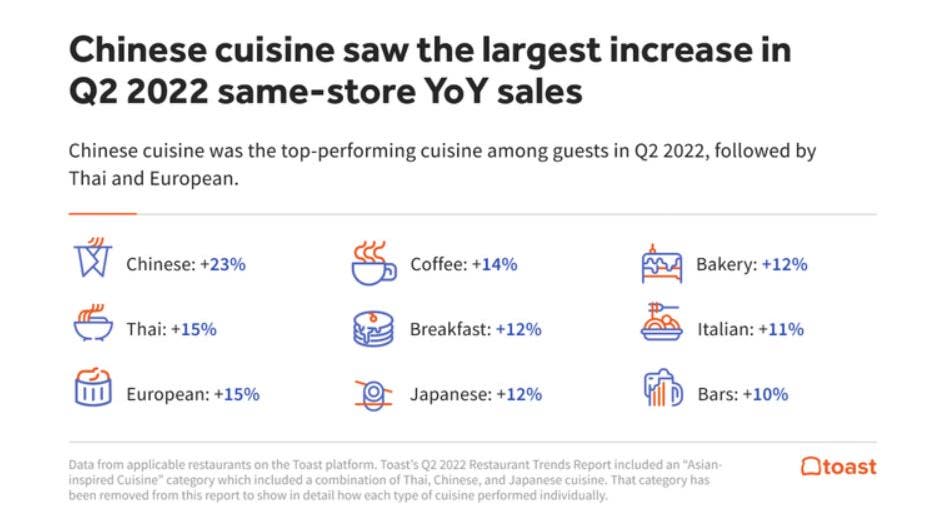 Chinese food saw the largest year over year sales increase during the second quarter at 23%, followed by Thai and European food at 15%. (Toast)

Seattle, Boston and the New York City metro area tied for the best-performing metro areas during the quarter with year-over-year sales growth of 24%. San Francisco and Washington, D.C., rounded out the top five with same-store sales growth of 20% year over year.