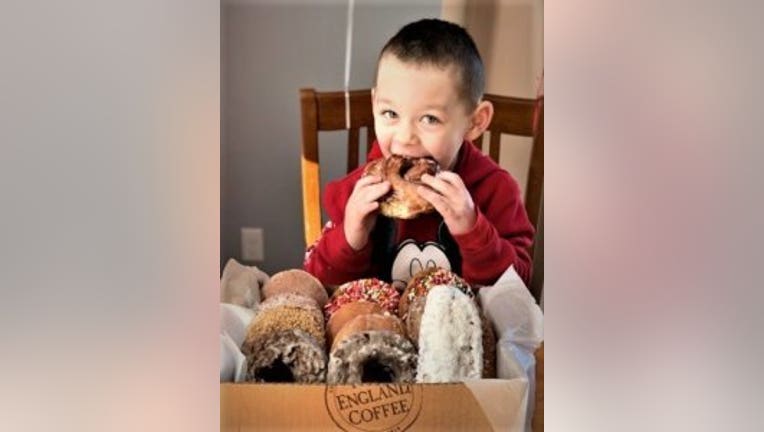 BOSTON, MA  -- The family of a 4-year-old boy is praising a Massachusetts State Police trooper for a random act of kindness on his birthday, according to WBZ.

State Police shared a message from the family of Logan, who was at Colonial Donuts in Taunton picking out a dozen donuts to celebrate his fourth birthday.

“Anyone who knows Logan knows there are 2 things he loves, Spider-Man and Donuts,” his father wrote to police.

A state trooper happened to be in line behind Logan. He wished the boy a happy birthday and paid for the donuts Logan had picked out.

“Logan gets shy when he gets very excited and didn’t know how to react at the time, but let me tell you it was a highlight of his birthday,” the boy’s father wrote to police. “He told everyone he saw today how awesome this experience was for him! I just want to say a big thank you to the State Trooper who made my 4-year old’s birthday even better! (so sorry we didn’t get your name or a picture with you but we hope you see this and how happy he was!)”

State Police said they don’t know who the trooper was but “we’re glad he was there for you Logan!”