MILWAUKEE - Stars and Stripes Honor Flight’s (SSHF) second "Parade of Honor" will take place on Sunday, May 23 when more than 100 WWII, Korean War and Vietnam War veterans will take part in a car parade from the Uecker Lot of American Family Field through downtown Milwaukee, past the Milwaukee County War Memorial Center, and back to the Uecker Lot.

The event will kick off at 12:50 p.m. with the Facebook live-streamed singing of the National Anthem by the local teenage acapella group "Vintage Mix".  When the parade begins at 1:00 p.m., the veterans and their drivers will take a trip through nearby Wood National Cemetery, and then proceed east on Canal Street from 25th Street to 6th Street. 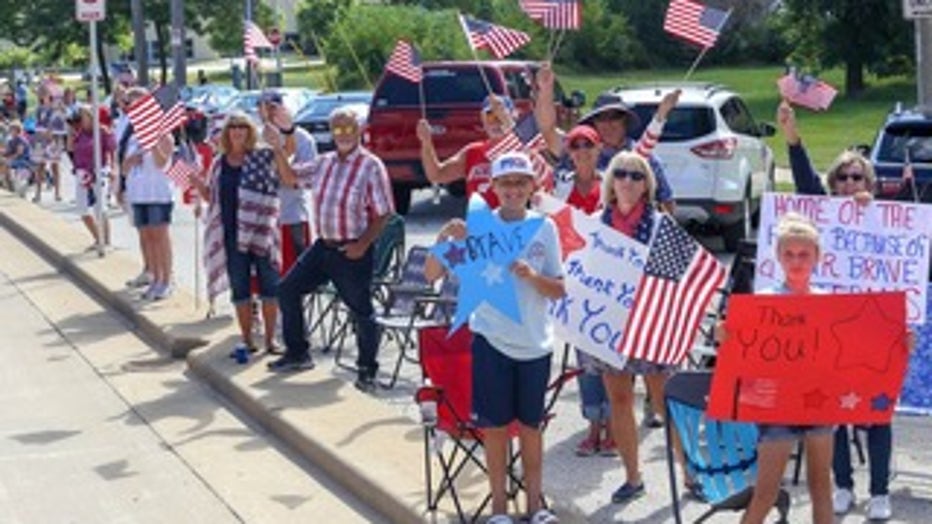 According to a press release, the parade will go north on 6th Street, down Wisconsin Avenue to N. Prospect Avenue to Mason Street. Participants will then proceed east past the Milwaukee County War Memorial Center for a drive-by salute full of honor from fellow veterans and active-duty military. Once the veterans and their drivers have circled past the War Memorial, they will head south to Clybourn Street, west to 6th Street, and take 6th back to Canal Street. They will then return to the starting point in the Uecker Lot at American Family Field to receive gifts and a final "welcome home" before departing.

Parade spectators will not be allowed inside Wood National Cemetery, or anywhere on the grounds of American Family Field. Veterans will be riding in the passenger seat of the car, so spectators are encouraged to gather on that side of the route.

Timeline of activities for the Sunday, May 23rd Stars and Stripes Honor Flight Parade of Honor: