A news release says this "Flight of Champions" will honor approximately 240 Korean War and Vietnam War veterans from southeastern and east central Wisconsin with a one day, all-expenses-paid trip to Washington, D.C., to visit the memorials built in their honor, and to experience a full day of honor and thanks for their service to our nation.

When the three planes arrive at Washington Dulles International Airport on flight day, the veterans, their guardians and team representatives will spend the day touring Washington. The tour will include the WWII Memorial, the Korean War Memorial, the Vietnam Veterans Memorial, the Marine Corps/Iwo Jima Memorial, and the Changing of the Guard at Arlington National Cemetery.

"I have my life back because of the honor flight," said Randy Zemel, a Vietnam War veteran who took his Honor Flight in 2019. "There might not be any statistics on the lives that honor flight saves, but I can sure tell you that it changed the life of me and many others." 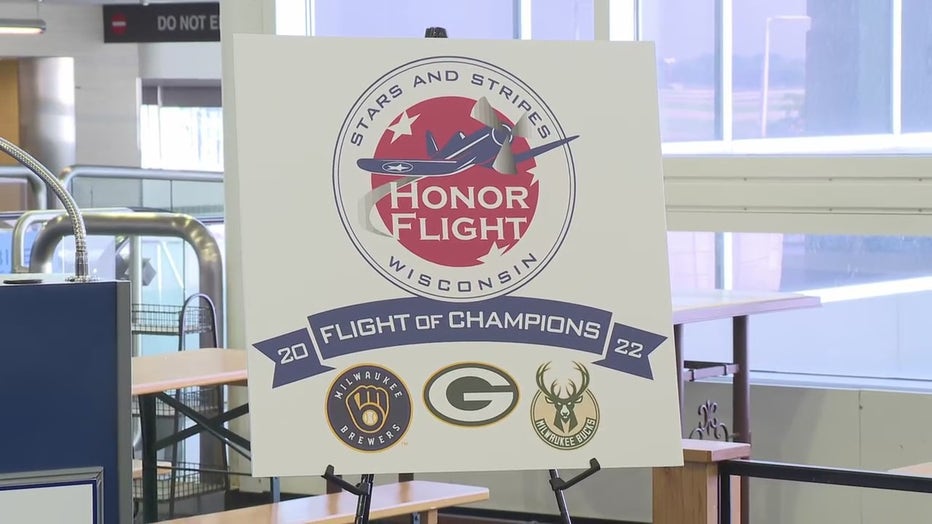 It was at a moment at the Vietnam War Memorial when Zemel's life changed – after seeing the name of one of his friends who did not make it home.

"I didn’t cry for 55 years, and then I stood at the wall and touched my buddy, and he talked to me like I was talking to you and I thought, I was scared, but then I started crying, all my emotions came back, my life came back," Zemel said. 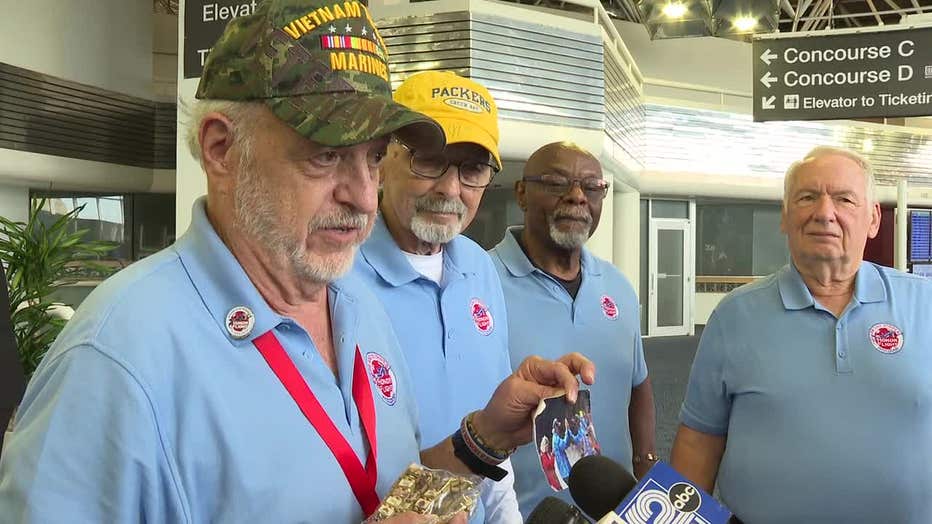 Stories like Zemel's are the reason the Wisconsin sports teams are a part of this effort.

"I could never repay what this moment gave me," Zemel said.

Wisconsin's pro sports teams are joining forces for Stars and Stripes "Flight of Champions" Honor Flights. A news conference is being held to explain.

Veterans that are currently scheduled to be honored on the Flight of Champions include several Korean War veterans, a Bronze Star recipient for valor in Vietnam, a Vietnam Marine tank gunner, and a Veteran who played military basketball while deployed.

In addition to the Oct. 8 Flight of Champions, Stars and Stripes Honor Flight will fly fall missions on Saturday Sept. 10 and Saturday Nov. 5. Once those flights are complete, Stars and Stripes Honor Flight will have flown almost 9,000 local veterans on these trips to Washington since 2008 and honored more than 50 veterans locally who were not able to fly. As an all-volunteer organization with no paid staff and no offices, the organization is proud to share that more than $.97 of every donated dollar goes directly to flying and honoring veterans.