Eleven students at St. Augustine Prep were taken to the hospital following a swim class where they were exposed to pool chemicals.

MILWAUKEE - Eleven kids were taken to Children's Wisconsin after being exposed to pool chemicals in swim class at St. Augustine Prep on the city's south side Monday afternoon, Dec. 6, the Milwaukee Fire Department said.

According to MFD, it received a call shortly after 12:30 p.m. for people experiencing respiratory and breathing problems.

"Crews on scene quickly identified this was a mass incident and quickly called for the appropriate resources," said Battalion Chief Andrew Hargarten. 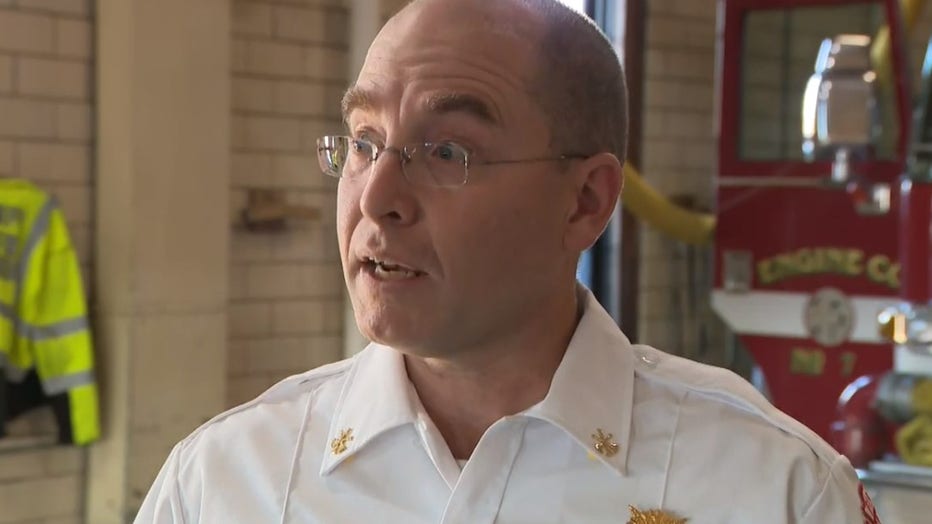 Including the hazmat team, to ventilate the area and monitor it before turning that part of the building back over to the school.

"Generally, everyone did seem to be in pretty good condition when they were transported, but – again – I can’t comment, specifically, on their care," he said.

"Out of an abundance of caution, some children were transported to Children’s Wisconsin following exposure to pool chemicals during their swim class this afternoon. All families have been notified," a school spokesperson said.

According to St. Augustine's website, the school has an enrollment of nearly 1,500 students, serving grades 4K through 12th grade.

Hargarten says fire crews wrapped up at the school about an hour after the call came in.

"Everyone did respond rapidly and did identify the incident immediately, and did have our hazmat team come, monitor the area, monitor the pool, to make sure everything was safe to turn back over to the school, and St. Augustine staff," said Hargarten.

With school letting out, as normal, late Monday afternoon.

The fire department says there was no release of the pool chemicals to other parts of the school campus, as the pool area has a separate ventilation system to isolate any chemical release, if one were to happen.

In a statement from St. Augustine Prep:

During swim class today, a mechanical failure of unknown origin resulted in excess accumulation of chlorine in the pool. As a result, air quality in the pool quickly deteriorated, requiring the evacuation of all students in the pool.  Milwaukee Fire & Rescue was on the scene within minutes, assessed the students and staff involved, and transported 11 students to Children’s Wisconsin for further evaluation. Parents were immediately notified. Families whose children were not transported to Children’s were nevertheless encouraged to seek medical evaluation as an added precaution.

We are working hard with our maintenance contractors to complete a thorough evaluation so we can understand better what happened and prevent a future occurrence. As we do, we can share that the pool in question passed its annual inspection at the beginning of the school year. The pool is checked daily; no unusual chemical levels were detected during the daily check this morning.

Our prayers are with all our students, families and staff who were impacted by this sudden and unexplained event.

Sheboygan police and fire were called to an apartment complex on Brodway Street near Buffalo Street around 6:45 a.m. Monday after a resident reported a large tree fell on an outdoor pavilion, trapping two women.