MADISON -- Senators Chris Larson and Lena Taylor had a very public dispute at the Capitol last week. The Milwaukee Democrats are offering up different versions of what happened. This, as FOX6 News has heard from multiple witnesses who say they were there during the dispute. 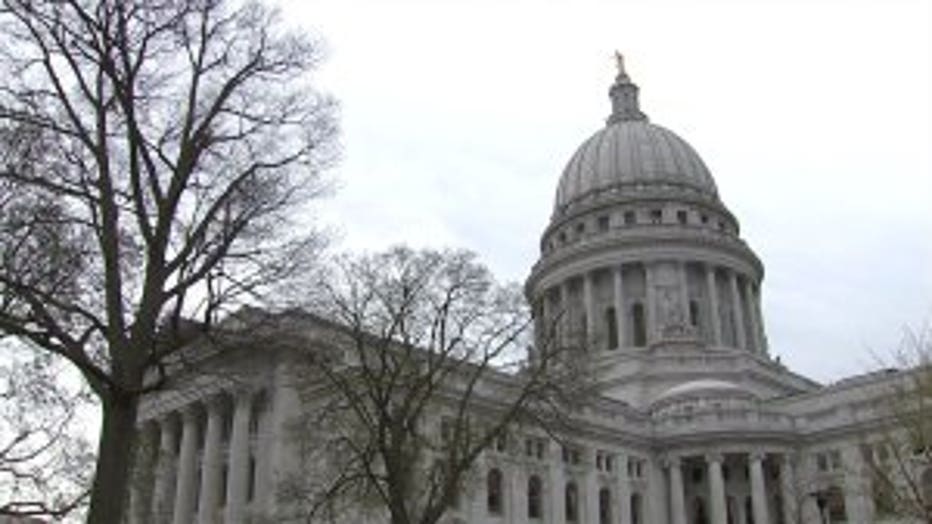 The incident in question happened at the Capitol on March 15th -- the last day of the Senate session.

"Prior to entering the floor, Senator Larson made several offensive comments, which were overheard by others. I was stunned by both the disrespectful content of his statements and that his words had quickly made their way to both social and local media." 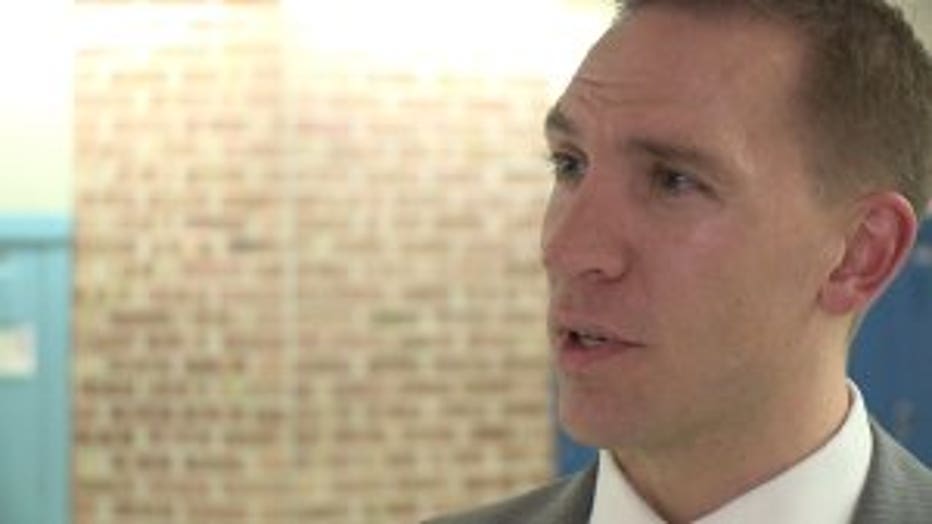 "We`ve reached out to Senator Taylor and we`re looking to sit down and resolve this as soon as possible," Larson said.

In a statement, Senator Larson said:

"As I was approaching the Senate chambers, I ran into Senator Taylor. She began yelling at me, which was followed by some heated words from both sides." 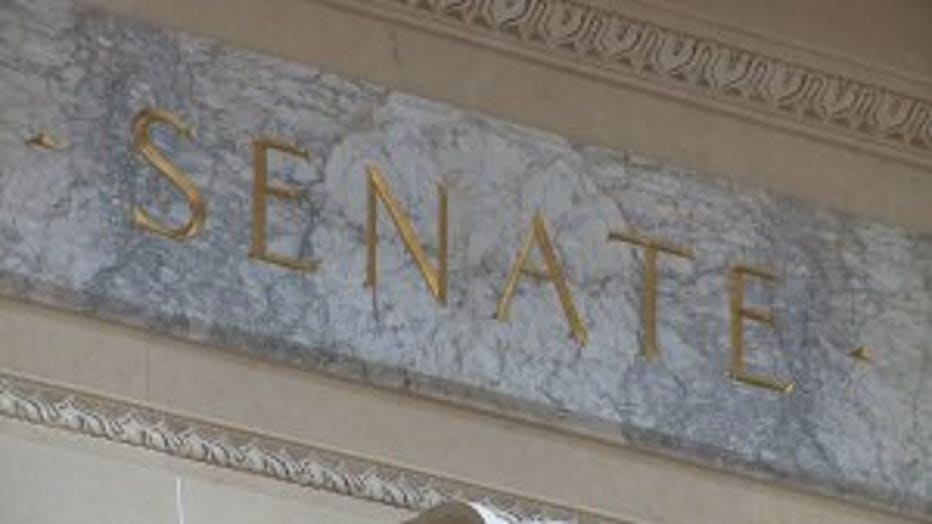 Senate chambers at Capitol in Madison

FOX6 News has spoken with multiple witnesses who said they were near the Senate chambers when the senators got into it. None wanted to be identified, and none of them said there was any yelling. They described the conversation as "unpleasant" and "awkward."

One witness said he clearly heard Larson ask Taylor if she was "on her meds today."

"Senator Taylor and I will sit down, we`ll have a conversation. We`ll make sure we`re on the same page moving forward," Larson said. 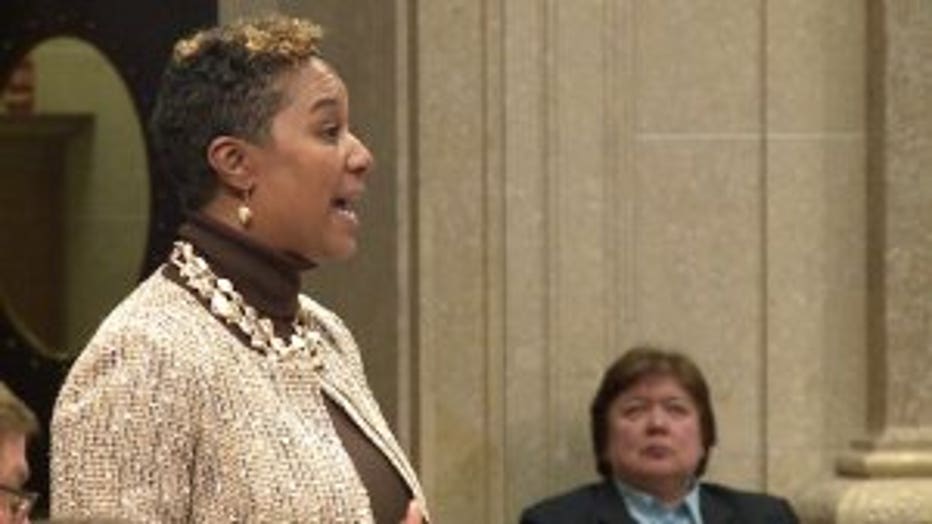 "As the husband of a psychologist and a steadfast advocate for increased mental health care access, I want families personally affected by mental illness to know I am absolutely committed to improving our country's mental health care system." 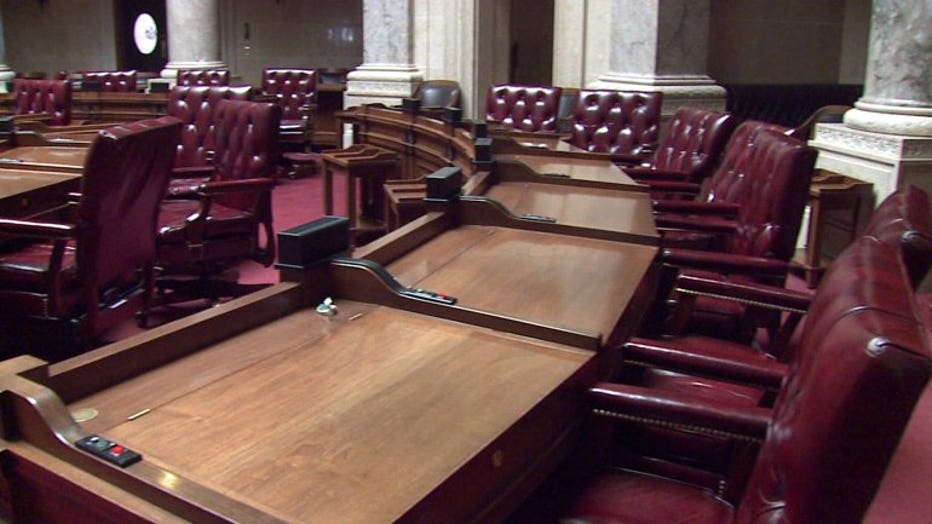 Senator Larson’s threatening remarks to an accomplished African American woman – the first to co-chair Joint Finance Committee with far more experience and accomplishments than him, are offensive and astonishingly out of touch.  Over 40 million Americans experience mental illness in a given year, from depression to Alzheimers.  Our job as public officials is not to mock, but to empower.

Chris Larson's complete statement is below:

“I want to address rumors that have been circulating over the last several days regarding a conversation I had with a Senate colleague last week.

Last Tuesday, as I was approaching the Senate chambers in the Capitol, I ran into Senator Taylor. She began yelling at me, which was followed by some heated words from both sides.

Since this conversation, we have made repeated attempts to meet with Senator Taylor to talk through and resolve our differences, then return our focus to moving Milwaukee County forward. We even reached out to one of my mentors, Congresswoman Gwen Moore to convene a meeting on neutral ground.

Despite my repeated offers to meet and the requests of Congresswoman Moore, Senator Taylor has remained unavailable to meet with me.

It seems rather than having a straightforward conciliatory meeting, our brief conversation is being used as a political distraction. Having her allies, like former Alderman Mike McGee, harass my campaign staff and volunteers, or disrupt important community events is simply uncalled for, especially given my repeated offers to sit down face-to-face and work through our differences.

These aggressive tactics lead me to believe that this is not about working past a  personal difference, but a cynical attempt to advance a political agenda along with my opponent. This race is about the failed leadership our county has been under for the past 5 years.

For Chris Abele to get involved with an exchange of words between two colleagues reveals this for the desperate political attack it is. We won't allow it to change the focus of this race. Milwaukee county is heading in the wrong direction and it's time for a change. No sideshows and none of his weird ads will change that.

It is worth pointing out that Abele currently has two discrimination lawsuits pending against him. One is from Jonette Arms, the interim director of the Department of Aging whom Abele refuses to promote in spite of her nationally recognized expertise on aging issues. The second lawsuit concerns Abele’s gutting a federal decree involving seniority for African Americans who work for the county.

In contrast, my campaign is based on the premise of diverse communities working together. That’s why I am proud to have earned the support and endorsements of community leaders like Congresswoman Gwen Moore, State Senator Nikiya Harris Dodd, State Representatives David Bowen, Leon Young, and La Tonya Johnson, as well as many other prominent leaders in the African American community.

While there are those who would use any opportunity to divide people, we cannot lose focus on the fact that the incumbent is dangerously out of touch with the concerns and needs of working families and our neighbors.

As the husband of a psychologist and a steadfast advocate for increased mental health care access and better services, I want families personally affected by mental illness to know that I am absolutely committed to improving our County’s mental health care system. As my supporters know, I am passionate about  ensuring access to services and support for our neighbors with mental health needs. We will reverse the gag order preventing workers from pointing out problems and will allow the public to weigh in at every meeting to ensure community care is working for the community.

I remain hopeful that we will quickly get past the politics and resolve this personally.  Moving forward, I again ask Senator Taylor to sit down and talk with Congresswoman Moore and myself."

Lena Taylor's complete statement is below:

"Prior to entering the Senate floor on March 15th, Senator Chris Larson and I were engaged in a discussion.  During the conversation, Sen. Larson made several offensive comments, which were overheard by others.  I was stunned by both the disrespectful content of his statements and that his words had quickly made their way to both social and local media.  I appreciate the support I’ve received from those in the community who have reached out to me during this unfortunate situation."