KENOSHA -- A relatively new team within the South Shore Fire Department has proven to be quite busy. The "Technical Rescue Team" was called out twice on Tuesday, April 2, helping to keep two very different structures from collapsing.

Members of the team are specially trained to keep buildings with structural issues from falling, and their biggest challenge yet came Tuesday night at the former Dairyland Greyhound Park in Kenosha. 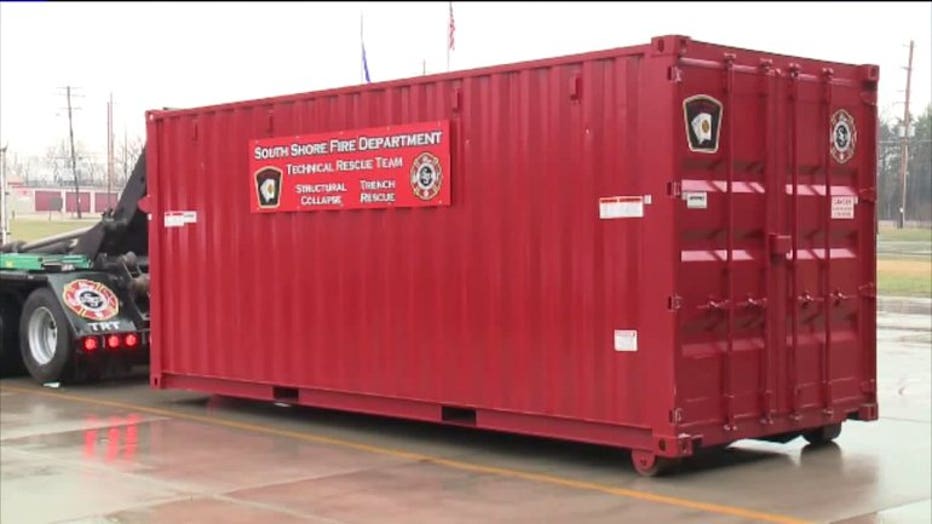 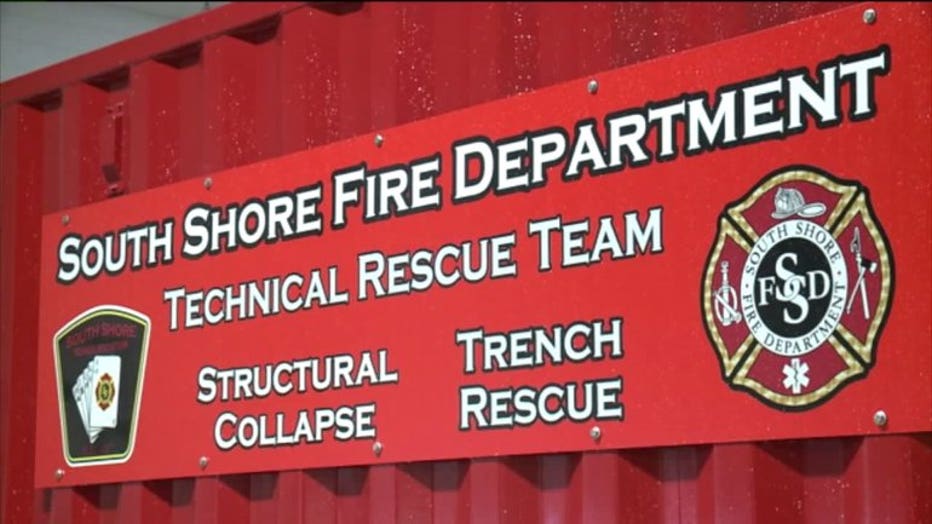 When it arrives at the scene of a disaster, the South Shore Fire Department's red shipping container offers more support than you'd think. It's the mobile headquarters for the Technical Rescue Team. Lieutenant Tom Stuckart is the team leader.

"There's a lot of cutting, breaching, breaking. While the fire companies were performing their search of the victims, our collapse technicians were able to do a continuous collapse assessment and look for building damage," said Stuckart. 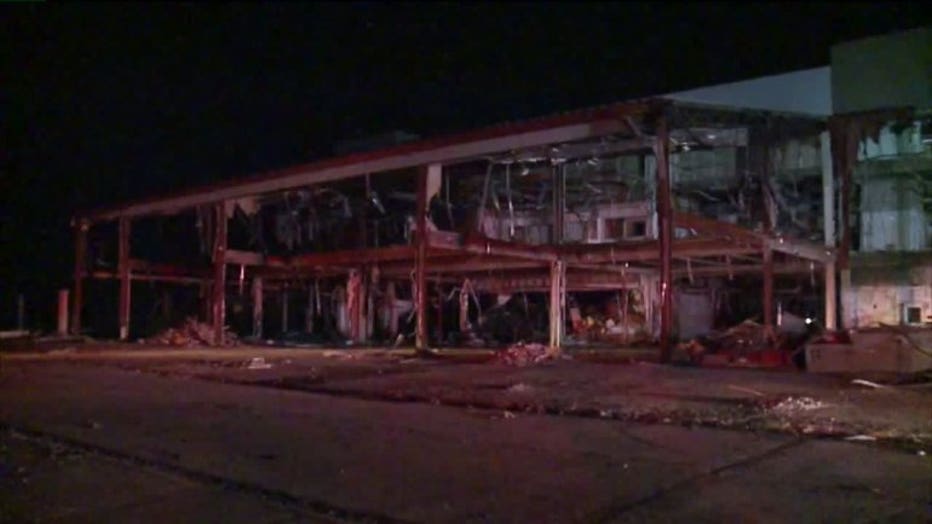 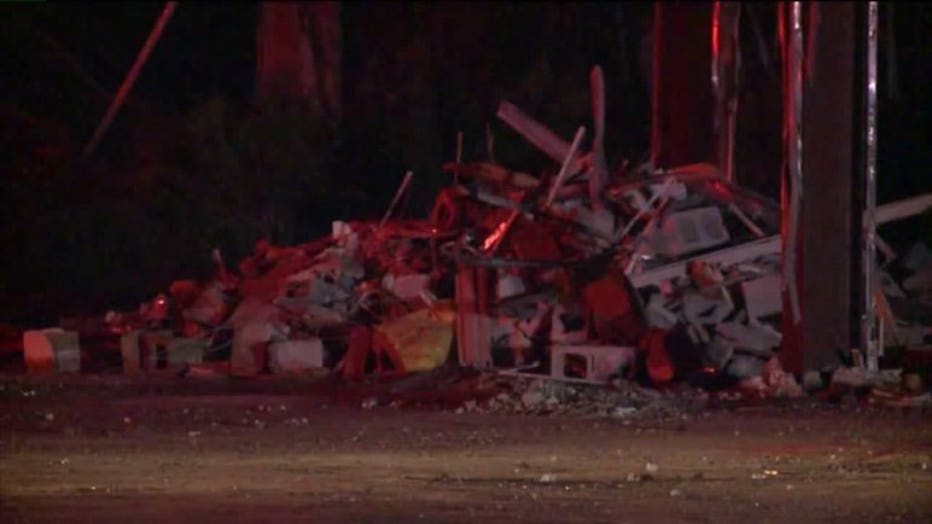 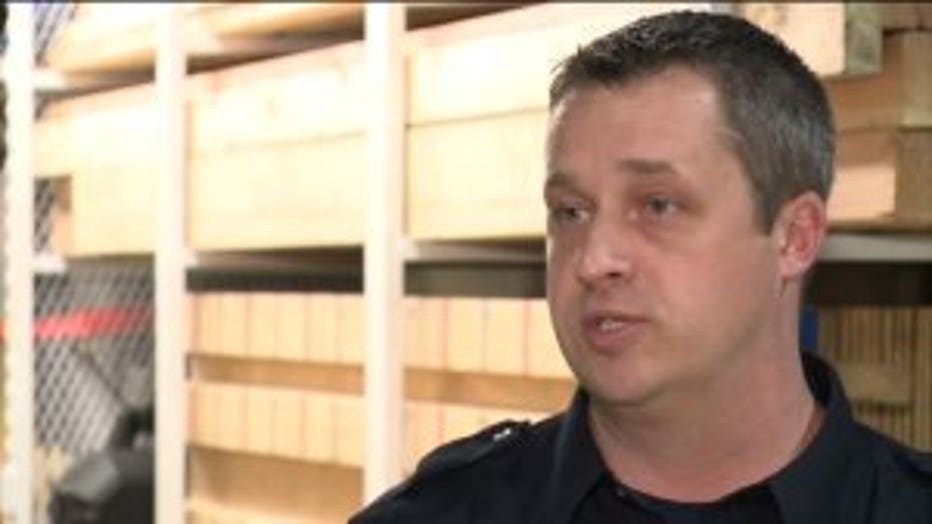 On Tuesday night, as the Dairyland Greyhound Park burned, the team was called in to provide much-needed aid once the fire was out. Boards and support beams were readied to keep the building from falling down around them.

"Any time you have a building that's compromised by damage, you have that possibility of collapse," said Stuckart.

The 26-member Technical Rescue Team was formed 18 months ago. The team pops in to prop things up when neighboring communities call. 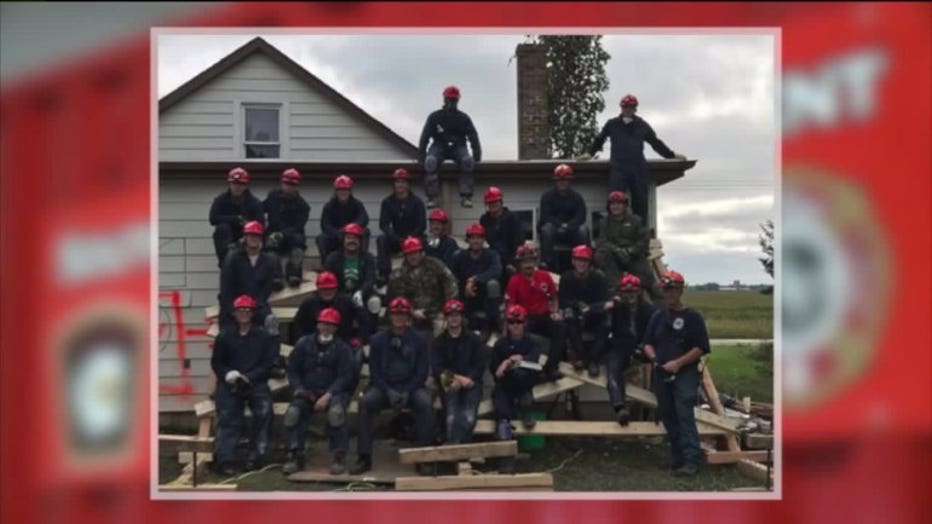 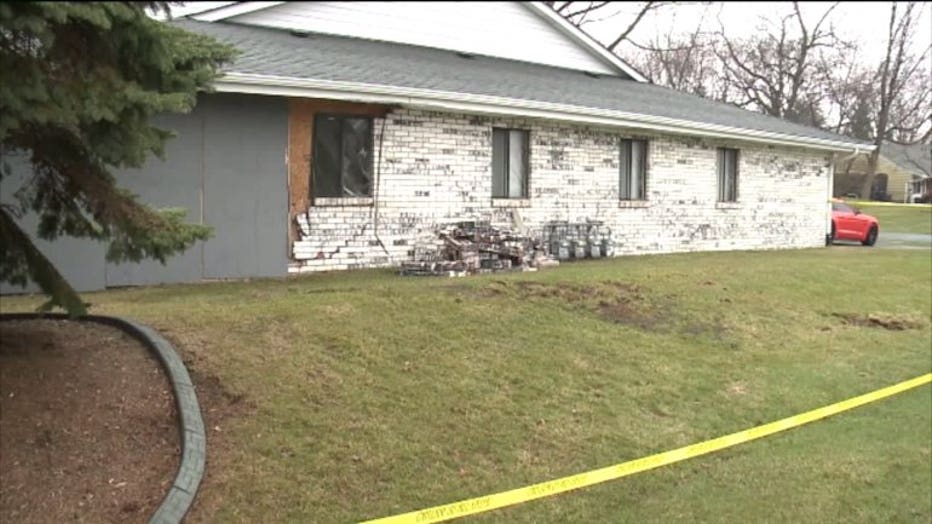 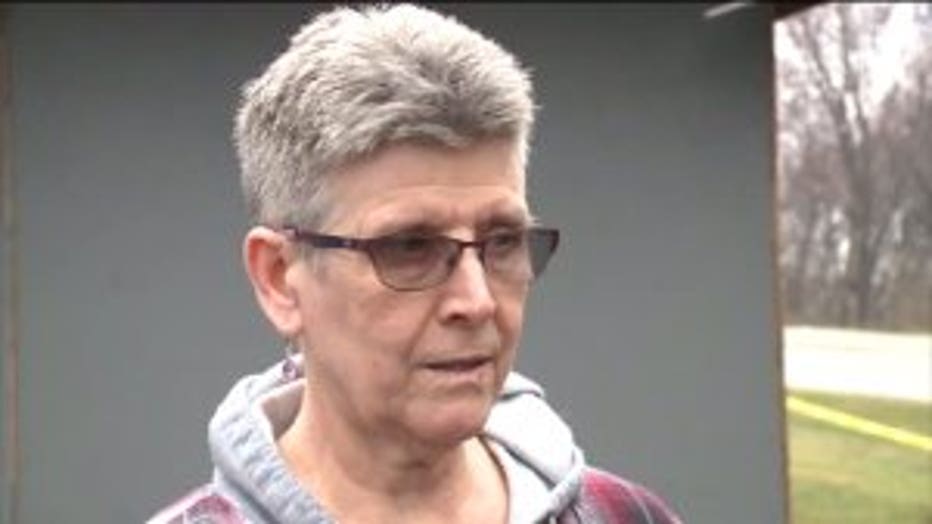 Hours before Dairyland went up in flames, the collapse team was called to a Kenosha condo building.

"It was like, crazy loud. Like 'boom!' Like a 'boom,'" said Karen Bislew. "They had this big trailer thing that they pulled up with two-by-fours and built a thing in the driveway and put it up."

A driver plowed into the side of Bislew's garage near 13th Street and 30th Avenue -- causing the wall to buckle. The challenge was getting Bislew's own vehicle out of the garage without the whole building collapsing. 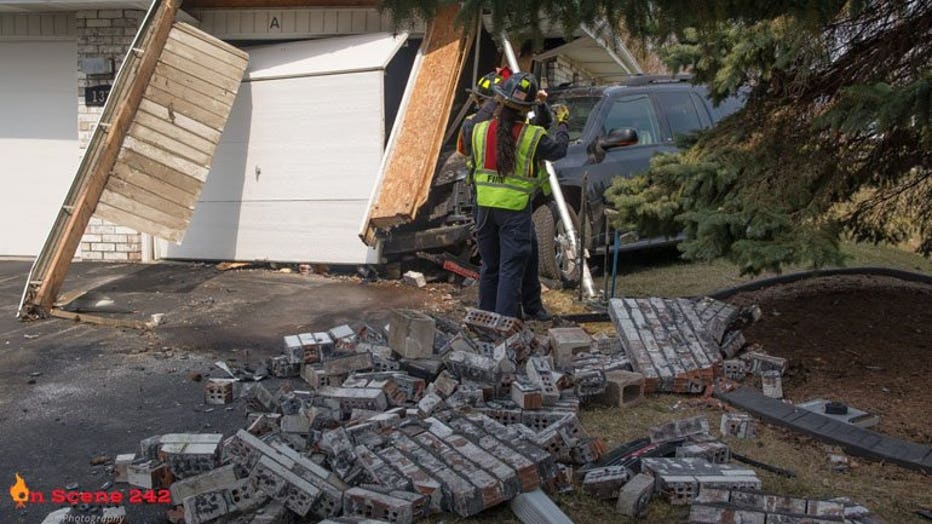 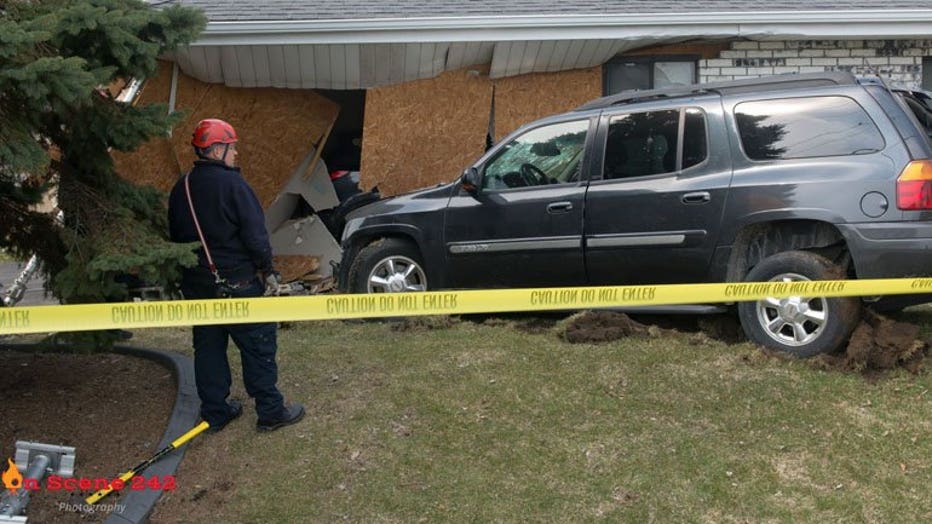 There were very different scenarios South Shore fire officials on what ended up being a very busy day.

Again -- officials believe that fire at the former Dairyland Greyhound Park was intentionally set, but they won't be conducting a formal arson investigation because the existing demolition made it too difficult to go inside and investigate further.