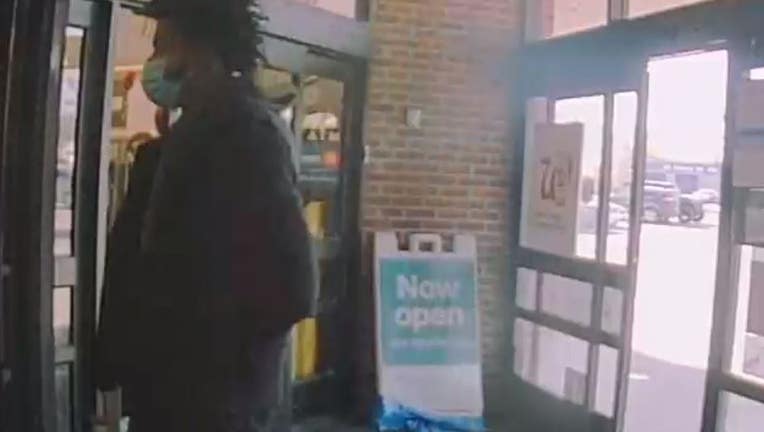 According to police, the two came into the Walgreens on Feb. 13 around 2:15 p.m. and selected a gift card that they intended to load with $500.

At this point, the woman presented her cellphone and told the clerk she needed to present the clerk with information from her bank as a part of two-factor authentication to make such a large purchase. The clerk loaded the gift card with $500, but no payment was transferred to Walgreens before the two left.

Walgreens corporate security was able to reverse the transaction, and Walgreens suffered no loss from this incident.

Police said the two were dressed in dark clothing and were wearing masks. The man had short dreadlocks. No photo is available of the woman.

Police noted that "based on the female's knowledge of how a gift card like this is purchased/loaded at the time of purchase and locations of cameras, it is possible she is a current or past employee of Walgreens," adding that this has been happening at other stores in the area.

Anyone with information is asked to contact South Milwaukee police at 414-768-8060.

Acting Milwaukee Mayor Cavalier Johnson is speaking at his campaign office in the wake of the primary election.