VILLAGE OF PEWAUKEE -- As it turns out, you can fight City Hall and at the same time, keep us all safe. A 71-year-old widow took her own village board to task and won. The Village of Pewaukee has voted to reduce the fees charged to residents for false fire alarms. 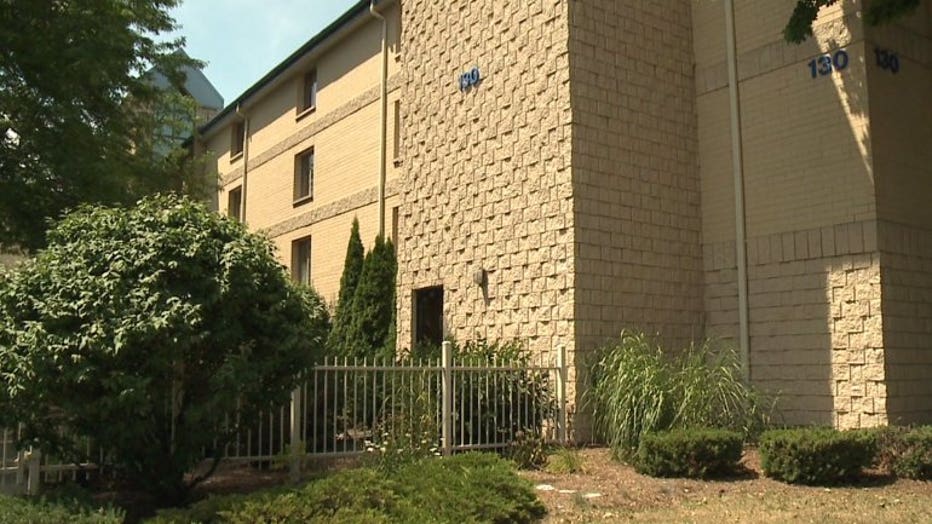 "The first thing that happens is the hair on the back of your neck stands up. 'Oh my God. Hope that is not false,'" Bill Hatcher, Pewaukee Shores condo association president said. 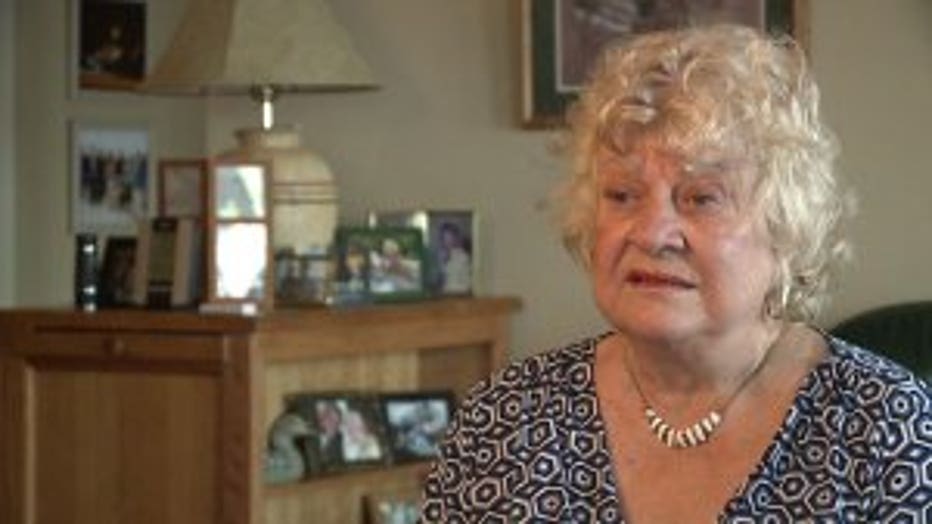 Many of those who live in the building are elderly and disabled. Like Carol Stamm, they're living on social security.

"It's not like I am rolling in money and can write a check," Stamm said.

These residents were stunned when village officials sent them a bill for a string of false alarms, caused by a malfunctioning sprinkler system.

"My first thought was the decimal was in the wrong place," Hatcher said. 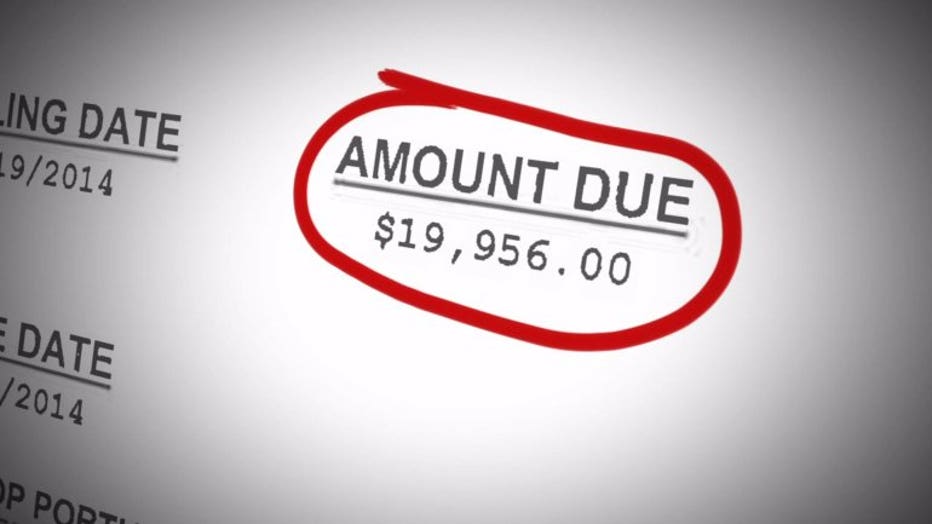 "All I did was sit out on my deck. I never did anything wrong," Stamm said.

"We're not a bunch of rowdies going around pulling fire alarms, you know, for the fun of it," Hatcher said. 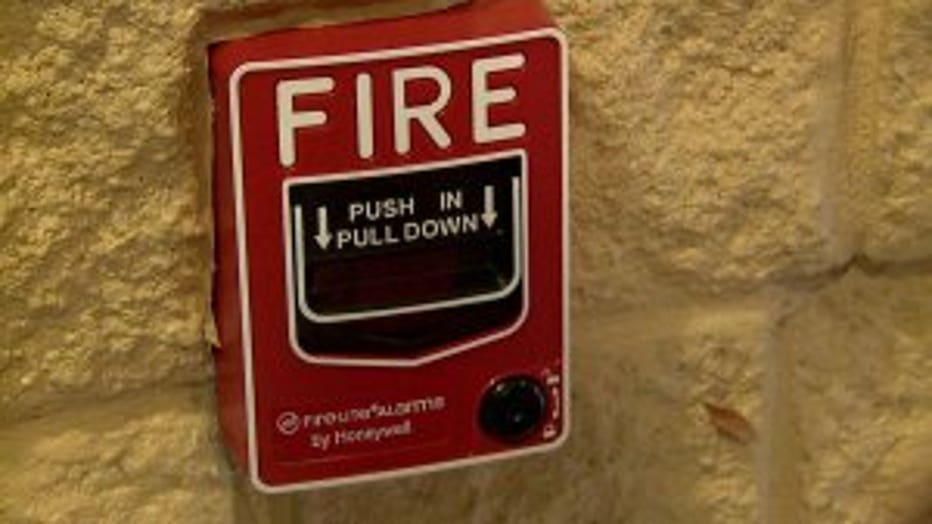 Hatcher said they weren't neglecting their alarm system either.

In fact, Hatcher says they spent thousands to install a state-of-the-art system that, by law, automatically calls the fire department when there's a problem.

"And that is when we started to get into real trouble," Hatcher said.

An aging compressor started causing leaks in the new sprinkler system -- prompting the alarm to go off four times in seven months. Each time the alarm was triggered, fire trucks responded to the condo complex.

"We want to get there, get our job done, take care of the people and walk away," Kevin Bierce, chief of the Pewaukee Fire Department said. 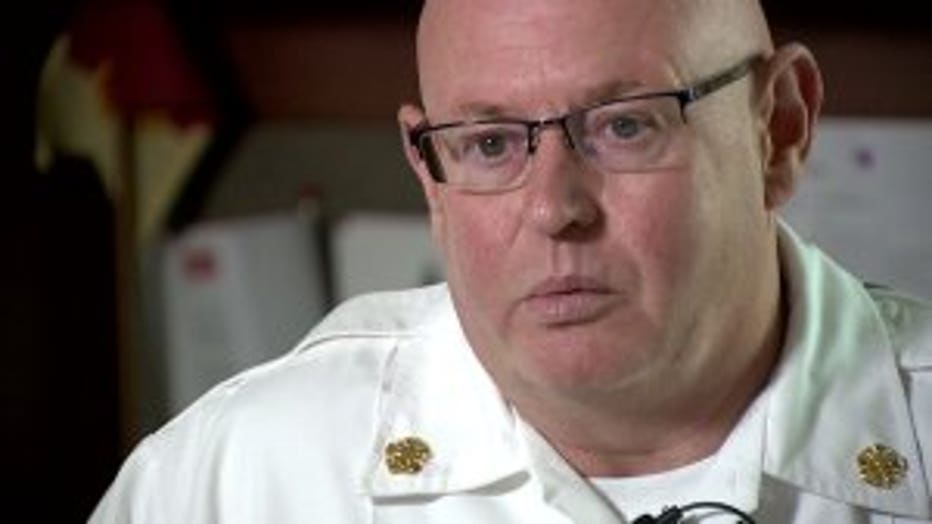 Bierce said he wants Village of Pewaukee residents to know he may have sent the fire trucks to Pewaukee Shores, but he didn't send the bill.

"I can tell you the fire department has nothing to do with it," Bierce said.

The Pewaukee Fire Department is owned and operated by the city of Pewaukee, but it also serves the village. According to a contract between the city and village, the city charges the village "on a per call basis." The figure has quadrupled since 2004. 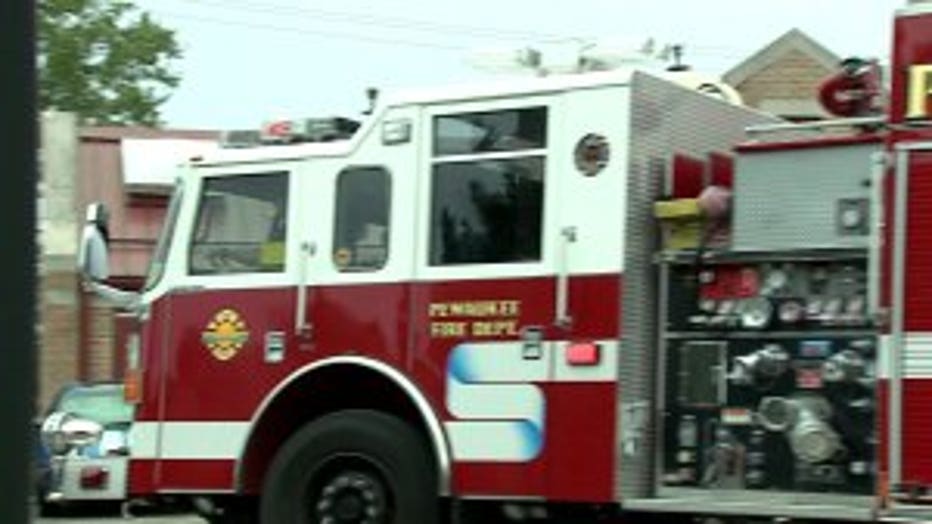 "I understand there are fiscal challenges that come with that," Bierce said.

"We have a serious issue in this community with spending and borrowing," Tom Calder, Village of Pewaukee Village Board member said.

To recoup some of those rising costs, village officials passed an ordinance aimed at curbing false alarms. It allowed one false alarm per year -- no charge. After that, a fee equal to what the village pays for a fire call would be billed. 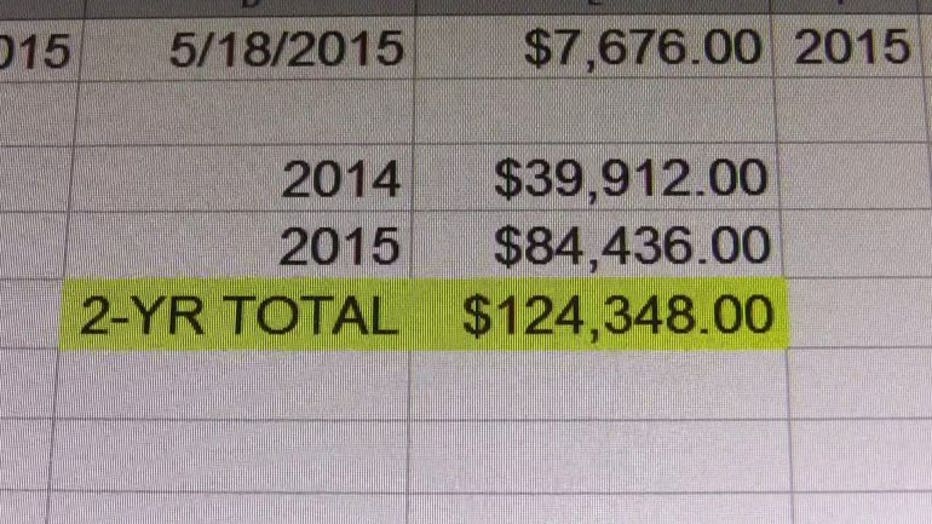 Bill for false alarms in Village of Pewaukee

The village charged more than $124,000 in false alarm fees over the past two years.

"Putting people -- their own village members -- in financial ruin when they are paying their taxes to me isn`t looking out for us," Stamm said. 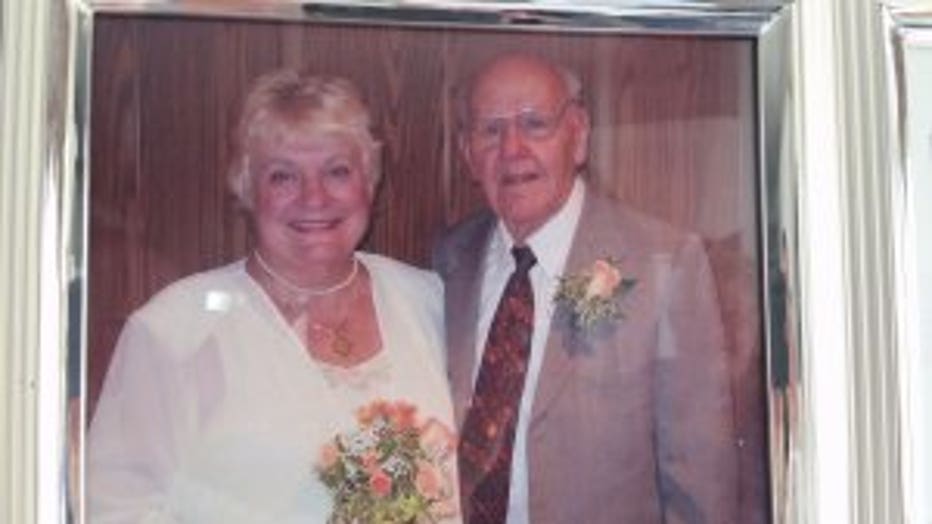 Stamm said she's just glad her late husband isn't alive to see this. After all, William Stamm was chief of the Milwaukee Fire Department for 16 years.

"So I am kinda doing this in his name," Stamm said.

Stamm was so determined to change the ordinance, she started researching the false alarm policies in other, nearby communities. In the city of Waukesha, in Wales and in Muskego, Stamm found, they don't charge anything. In Hartland, you get three warnings. In Sussex, you get two warnings. And in the city of Brookfield, you get one warning -- and then a $75 fee. 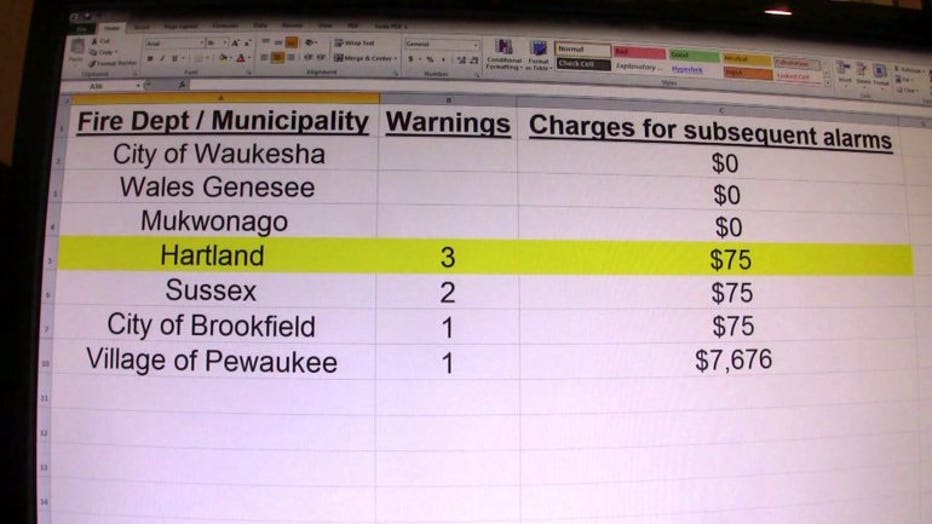 In other words, the Village of Pewaukee has been charging more than 100 times what other, nearby departments charge for false alarms.

When FOX6 News first asked Knutson to address this on camera in fall of 2015, he declined. 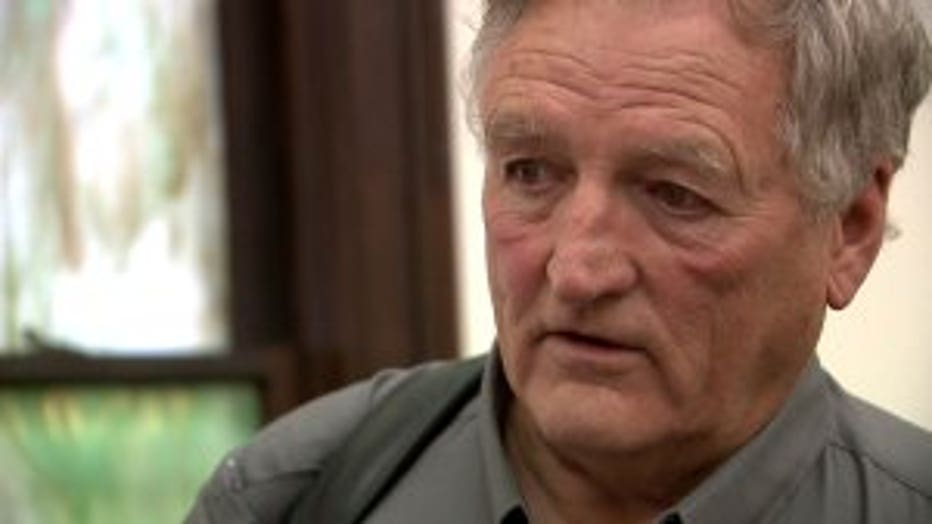 "I have no comment at this time," Jeff Knutson, Village of Pewaukee president said.

FOX6 News then spoke with him at a board meeting.

FOX6 Investigator Bryan Polcyn: "Are you concerned at all there are people in your village..."

"I am concerned about it, yes," Knutson said.

Bryan Polcyn: "There are people in your village afraid to call 911."

"At this time, we are getting charged by the city at that rate and the board at this time has decided that that is what we are going to do and we will be looking to it in the future," Knutson said.

Nothing changed until Stamm filed a complaint with the Wisconsin Tax Appeals Commission.

After that, a lawyer was hired for the Village of Pewaukee, who asked the state for more time to respond, and the board then voted to overhaul its policy on false alarm fees. 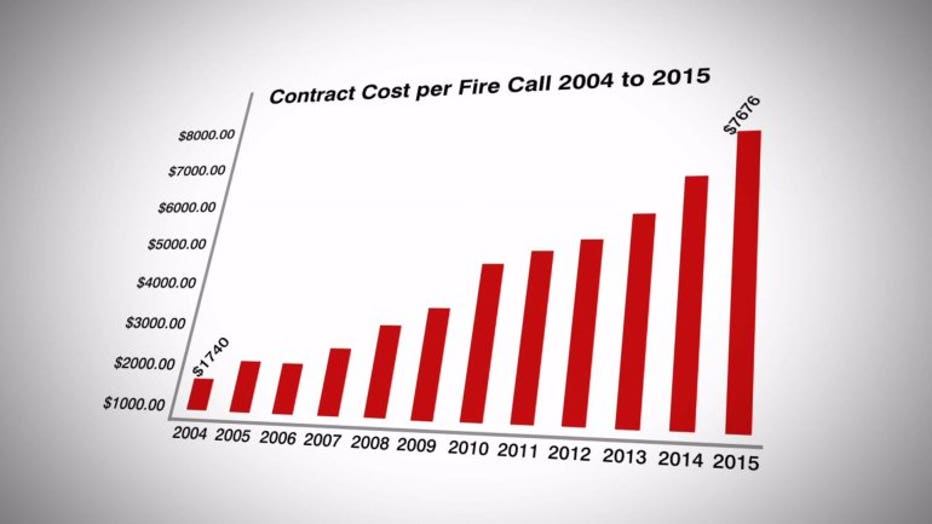 Contract cost per fire call for Village of Pewaukee

The first false alarm is still free, but now, the second alarm is a $350 fine. That is still more than other communities charge, but far less than the $8,000 the village was charging before.

"Hopefully it doesn`t take someone to die for this to be straightened out," Brad Schultheis, resident of the Village of Pewaukee said.

What it really took was a scrappy 71-year-old widow determined to sound the alarm.

"We hear a siren, and we think 'maybe one of our neighbors is about to face financial ruin over this,'" Stamm said. 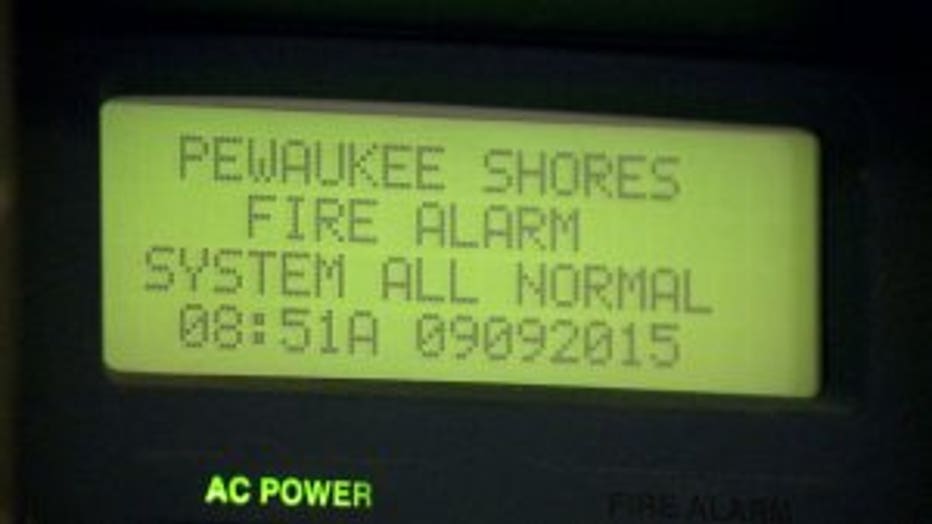 Under the new ordinance, the fees get progressively more costly with each additional false alarm, but the fee doesn't reach the full $8,000 for a call until the sixth offense.

It's not clear, however, whether the changes will be applied to prior fees, such as the $19,000 assessed against Pewaukee Shores.

The village has until Friday, January 22nd to respond to the Wisconsin Tax Appeals Commission.