SOMERS, Wis. - A voter called FOX6 News when the wrong absentee ballots were sent out in Somers in Kenosha County ahead of the April 5 election. That kind of mistake is rare but does happen.

The Wisconsin Elections Commission says this kind of mistake happens a couple times each election, and there are ways to fix the problem.

The test ballots come from the county and are used to test voting machines before Election Day. 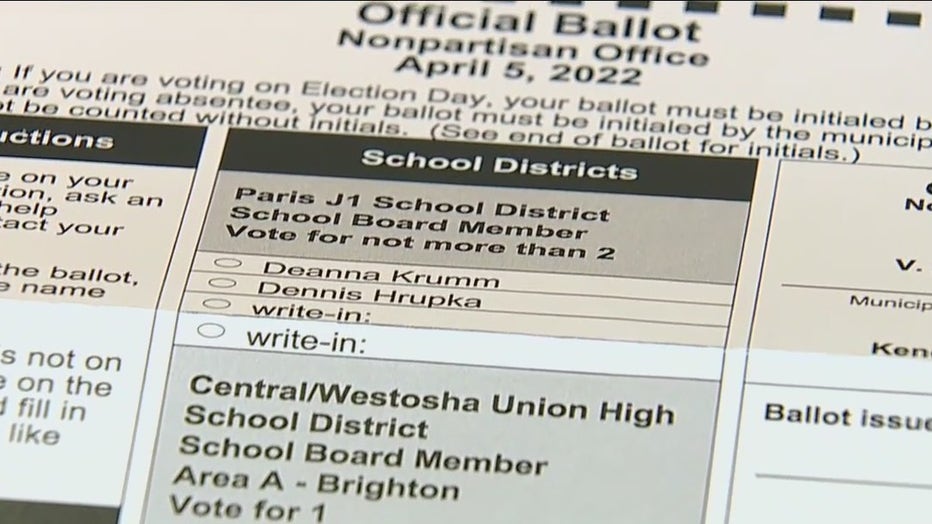 When it comes to school board candidates, it's no secret the Kafura household has opinions, so when the absentee ballot Jackie Kafura received on March 17 didn't list any of her candidates...

"I’m like, ‘Are my drugs doing something odd for my lung disease? What is this? Am I reading wrong?’" said Kafura. "I picked my judge. I picked Samatha, and then I went, ‘Huh, I don’t know who Bashaw is,’ and then I’m like, ‘Where are the signs in my yard?’"

Her ballot included school board races for the Paris J1 and Central Westosha Union High School districts, but she lives in the Kenosha Unified School District. 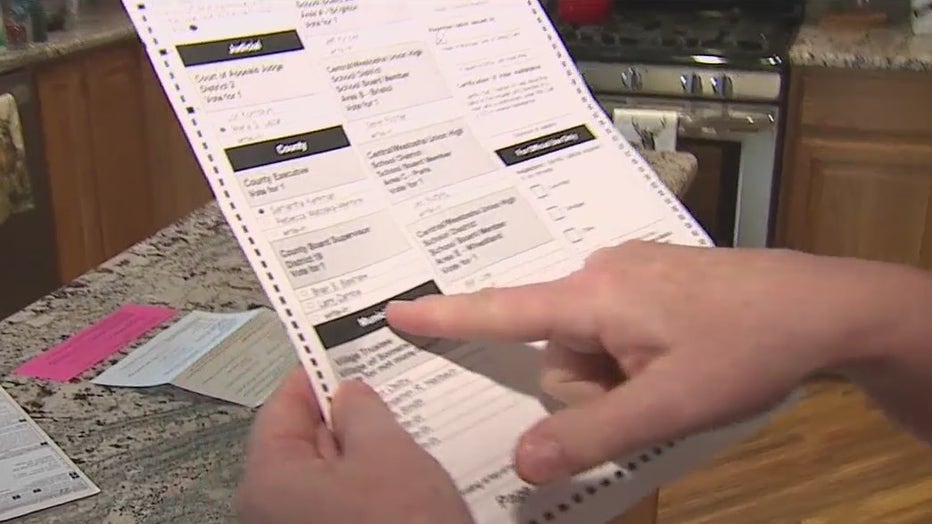 Officials in the Village and Town of Somers wrote voters a note on March 18 saying they sent ballots in error. They said they voided the bad ballots, which they asked voters to destroy. Then Somers sent corrected ballots to the 62 impacted voters.

FOX6 News asked for an on-camera interview to explain what happened. Instead, Somers officials responded with a written statement, explaining the timeline and adding: "The Village of Somers takes the integrity of our elections seriously, and we regret any confusion this may have caused."

"I just couldn’t believe that this could happen when everyone is watching for voter integrity," said Kafura. 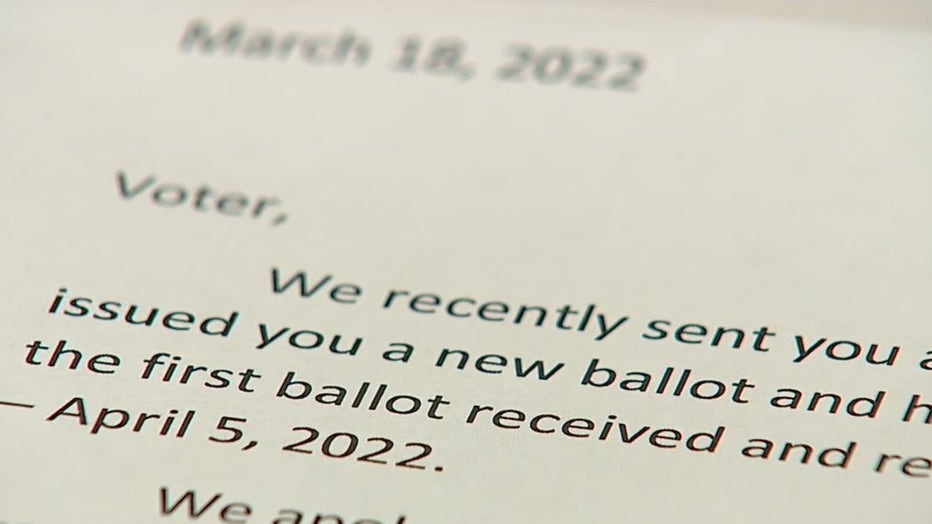 Now, Kafura says she might have to end up voting in person on Election Day even though she says she chose absentee voting because she’s immunocompromised.

"For me, COVID or a bad case of the flu could just do me in," said Kafura.

The Wisconsin Elections Commission said when clerks realize there's a problem, they send out a "B ballot," which is the corrected version. Then, if the voter turns that in, that's the only one that gets counted. If the voter returns both, they only count the "B ballot" and if the voter only returns the "A ballot," the one with the mistake, then the other races get counted but not the mistaken competition.

Pedestrian struck in Dodge County on STH 26 near Fairfield Avenue

The Dodge County Sheriff’s Office is investigation a crash involving a pedestrian that happened Tuesday, March 29 on STH 26 at the intersection with Fairfield Avenue in the City of Juneau.