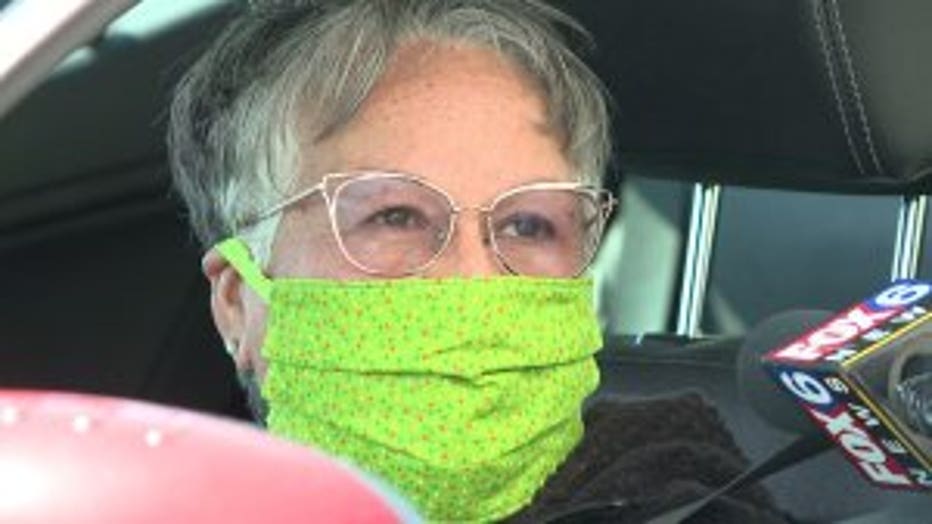 MILWAUKEE -- Thousands of Wisconsin voters waited hours in line to cast ballots at overcrowded polling places on Tuesday, April 7, straining the state's ability to hold a presidential primary election in the grip of an escalating pandemic. At Hamilton High School near 60th Street and Morgan Avenue on Milwaukee's south side, poll workers -- including members of the Wisconsin National Guard -- worked to move the public through as quickly --and safely -- as possible.

"Never have gone through anything like this," said Maria Navarro, voter.

Meantime, voters expressed mixed emotions about the election being held amid a pandemic. This, as wait times grew throughout the day, with a long line of vehicles snaked through the parking lot at Hamilton High School.

"I'm glad they had the drive-up because I wasn't going to vote if I had to go inside," said Navarro.

Drive-up voting gave people the option to stay in their vehicles, but for those comfortable with voting inside, the lines weren't any shorter. 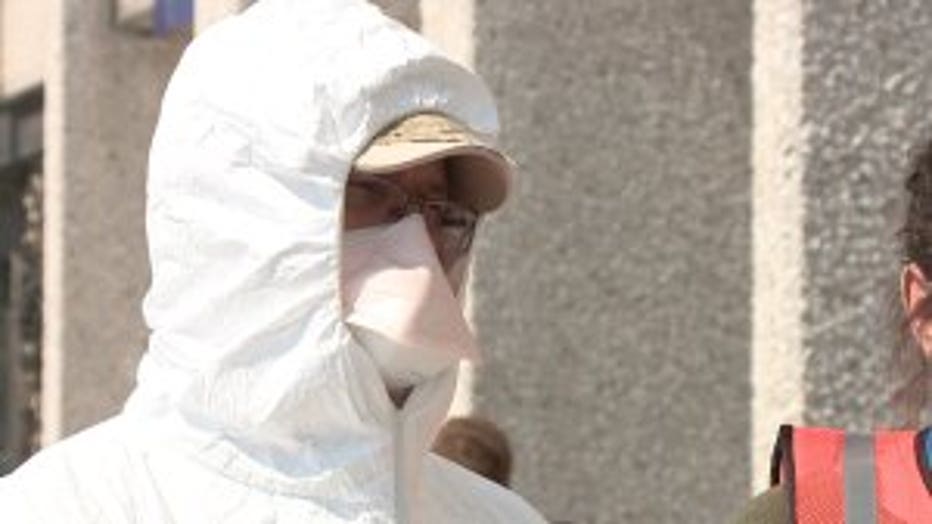 "They should have pushed it back," said Tommy Medrow, voter.

Medrow voted at South Division High School near 15th Place and Lapham Boulevard and described the mood inside as tense.

"I think some people are just real nervous," said Medrow.

At polling places across the state, election workers donned masks and gloves -- frequently using hand sanitizer and disinfecting supplies. Voters were even given hand sanitizer as they entered the building at both Hamilton and South Division high schools.

"From 5:30 this morning on, everybody came here with a can-do attitude," said Assistant Chief Aaron Lipski, Milwaukee Fire Department.

Lipski served as the lead health advisor at Hamilton High School on Tuesday, careful to keep all voting materials and booths clean. 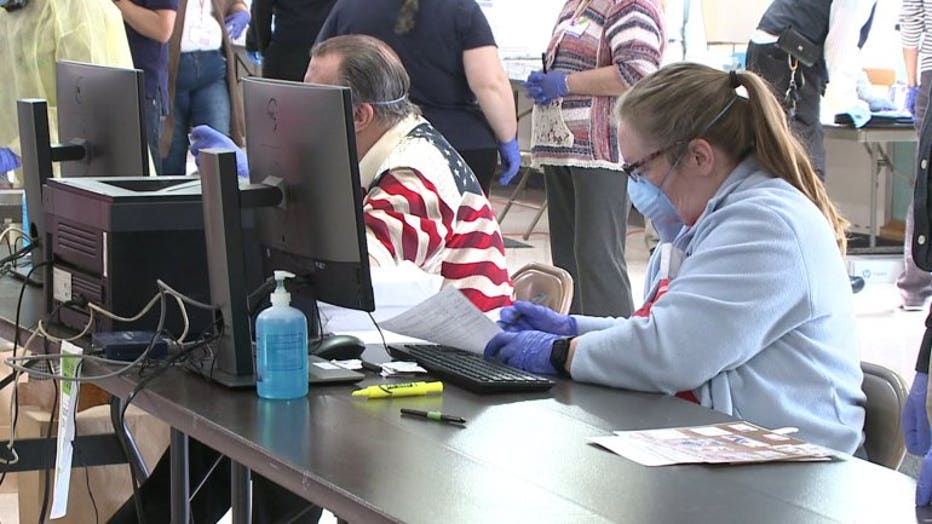 "It is cleaned almost on a minute-by-minute basis," said Lipski. "As soon as a person moves on, all of the items are cleaned. The surfaces are cleaned."

An Election Day like no other -- with long wait times until the polls closed at 8 p.m.

"But we're Milwaukeeans, so we're going to make it work," said Lipski.

"I have faith, and we'll get through this," said Navarro. 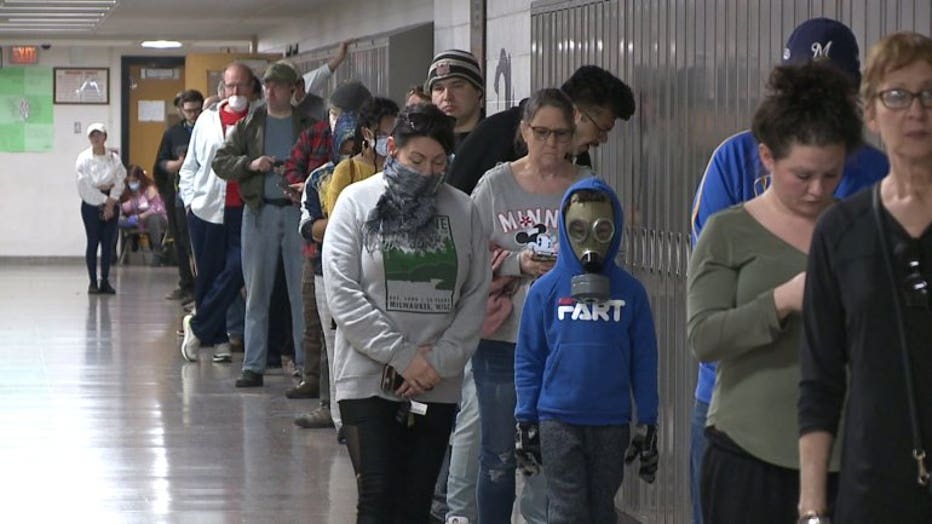 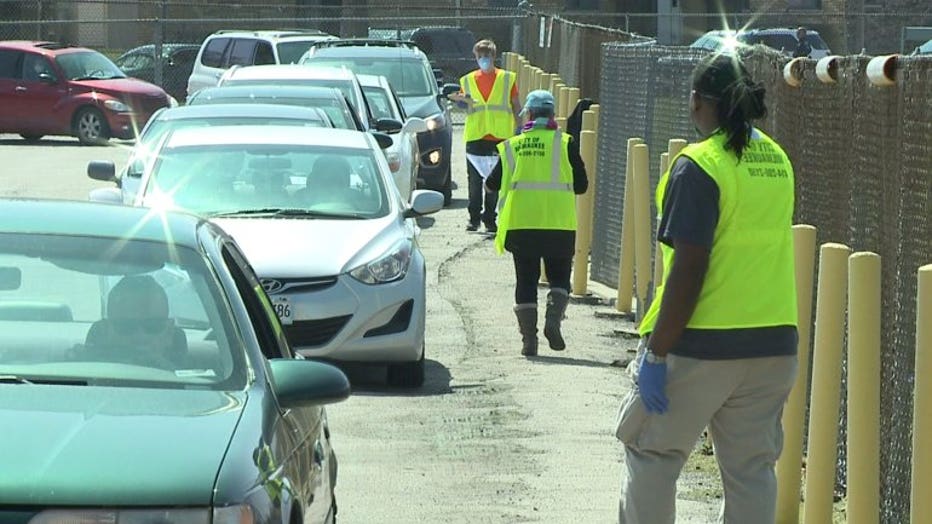 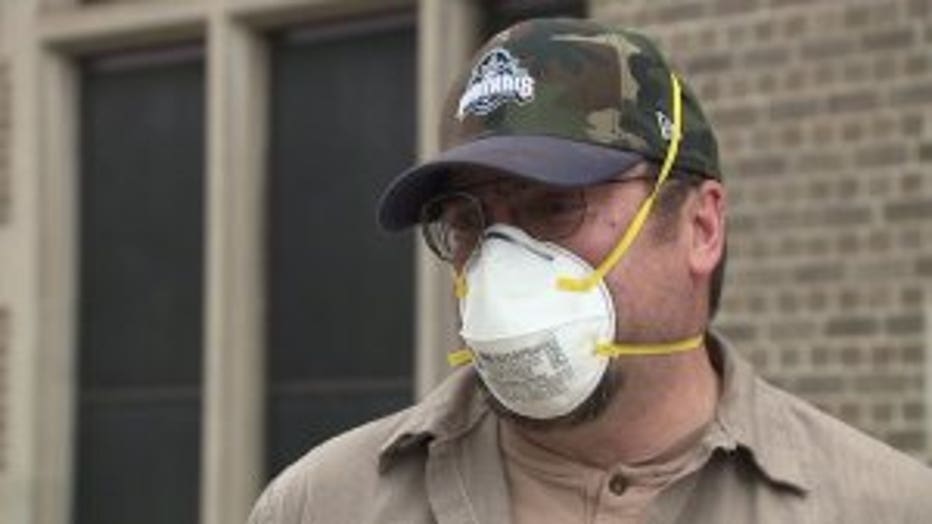 At Washington High School near Sherman Boulevard and Wright Street Tuesday, Larry Brzakala, 57, a maintenance manager for a senior community was among those exercising their rights regardless of the risks.

"This is America right here," said Brzakala. "You're seeing it. We'll vote how we vote, and we'll see what happens. I think it's showing how much everybody wants to vote. Nothing going to stop us from being American." 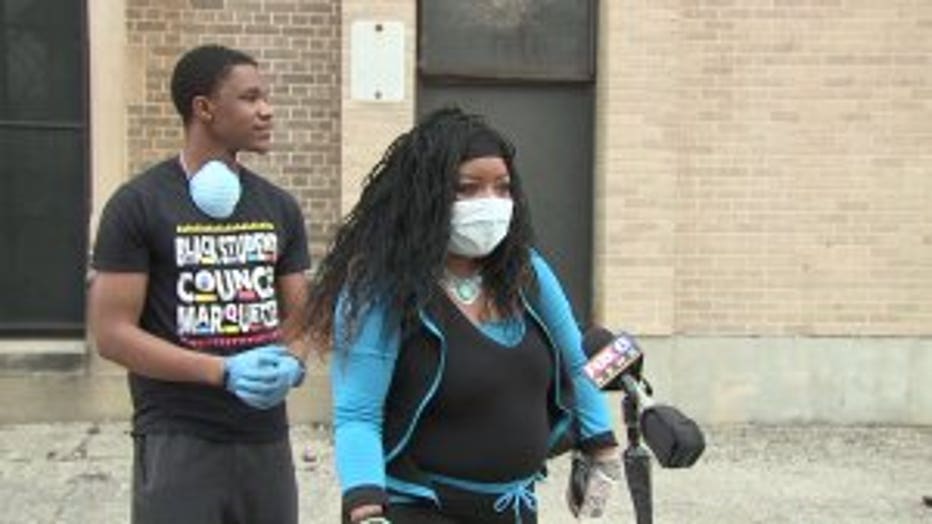 Debra Tucker, an educator, stood in line for more than an hour to get inside her consolidated polling place.

"Everybody just changed their whole life in the matter of a month, and so, I think that this is good that we get a chance to vote, but I think it should have been postponed," said Tucker.

Isabel Hernandez said it was important to ensure her voice was heard -- casting her ballot with her mother, Rosa, by her side.

"This is a historical thing that's happening right now, so I would have expected more leniency and support from our leadership," said Hernandez. "Unfortunately, that's not the case." 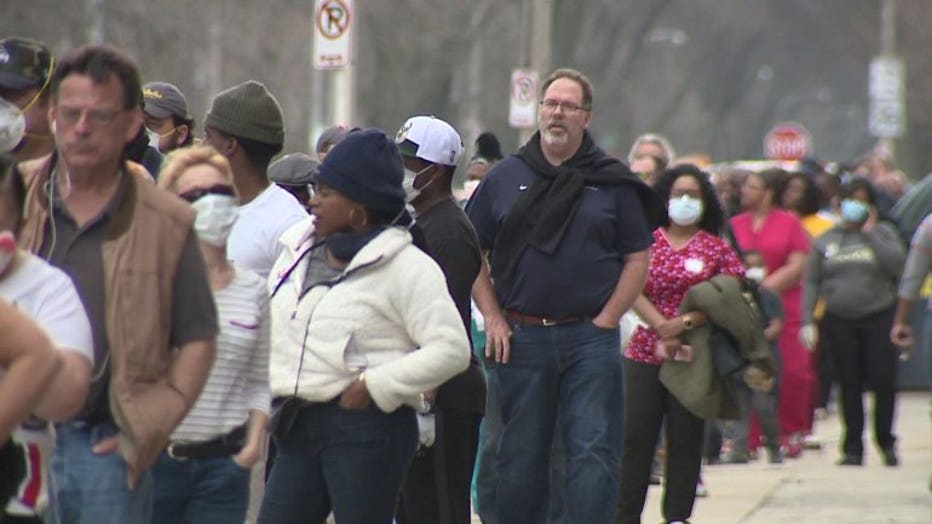 On this Election Day, voters did not receive "I voted" stickers, as one additional measure to limit interaction.