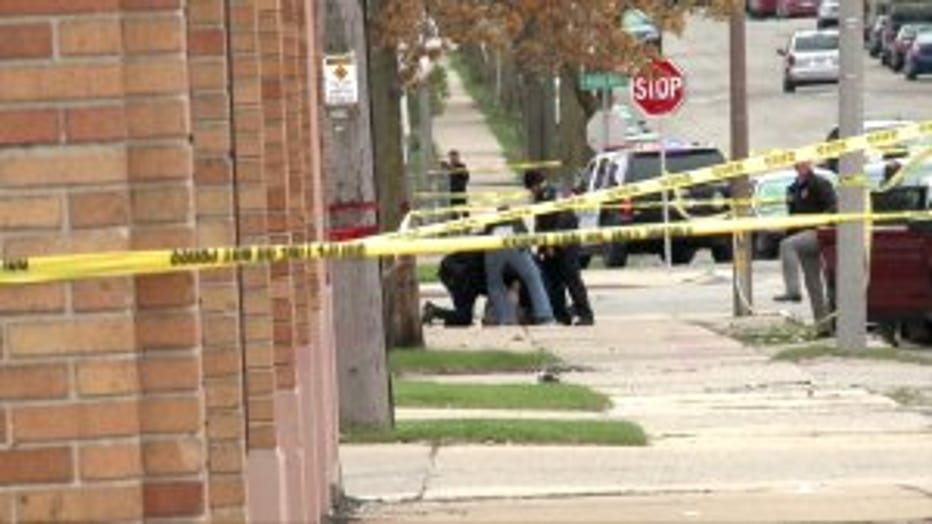 MILWAUKEE -- An officer-involved shooting in Milwaukee left one man dead and another injured Tuesday, May 7. It happened as police were searching for Victor Cintron, a homicide suspect, near 7th and Mitchell. Neighbors said it was frightening. At the time, they didn't know what was going on, but it played out on live TV for FOX6 viewers at home.

"I was scared. I was shocked," said Shanyra Rivera, witness.

Milwaukee police said plain-clothed officers were approached by two men; one of them masked and armed with a handgun. That man was ultimately shot and killed by police. The second man ran from the scene. FOX6 News was live on the air when that suspect was tackled. 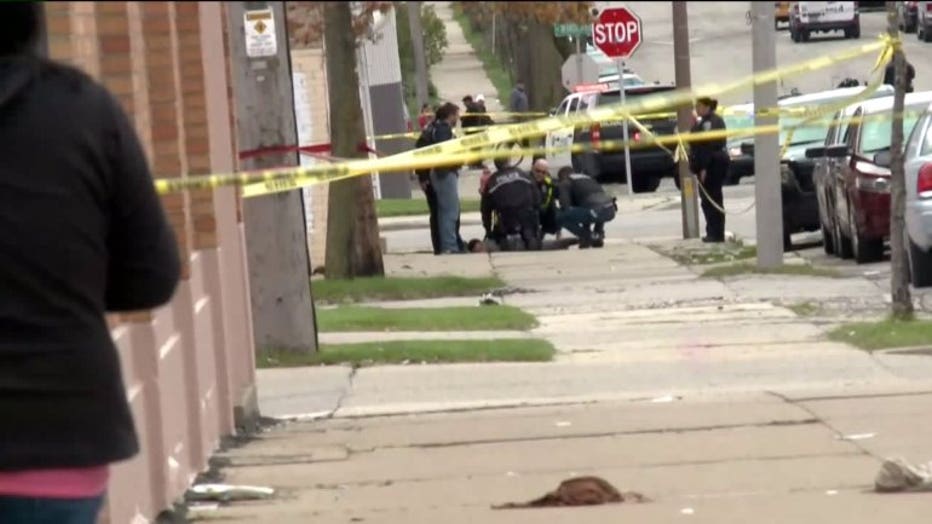 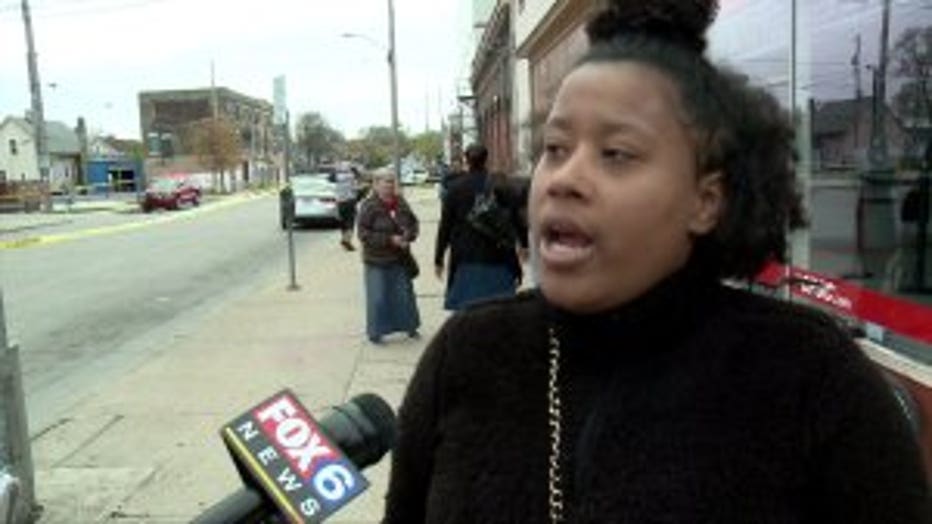 "It's a shame. There's so much violence in this world," said Rivera.

Rivera said she spoke with the family of the second man who was arrested after the officer-involved shooting just moments after he was handcuffed and placed in the back of a police squad.

"They was crying. They was devastated," said Rivera.

Throughout the day, dozens more found the huge crime scene in their neighborhood. 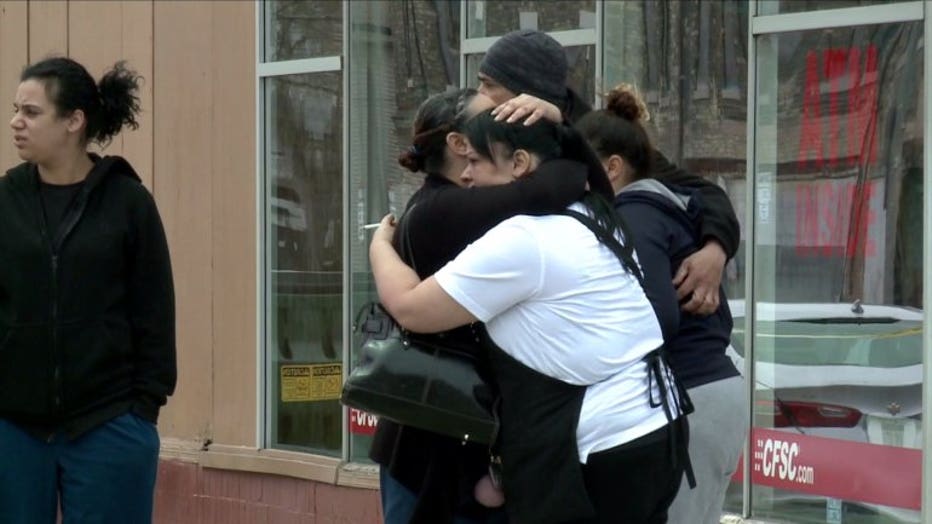 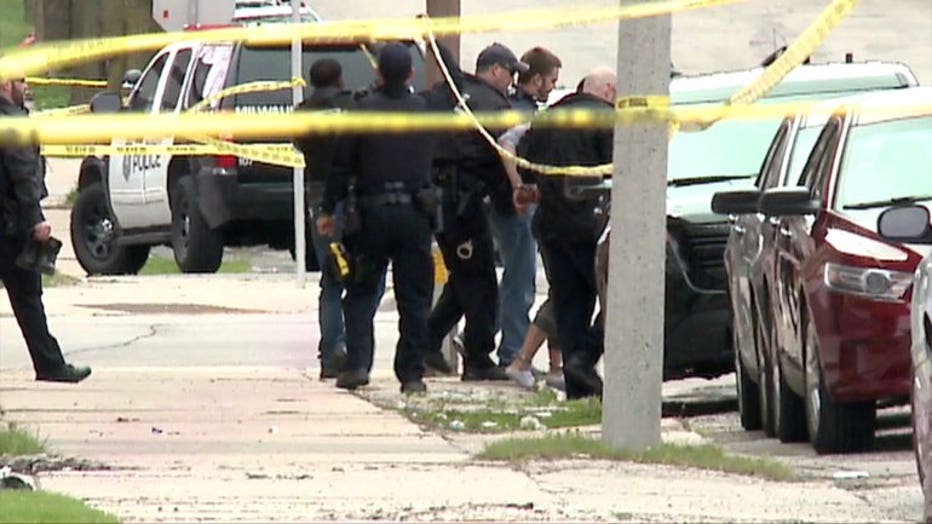 Another witness said he watched as someone was taken from the scene in an ambulance. 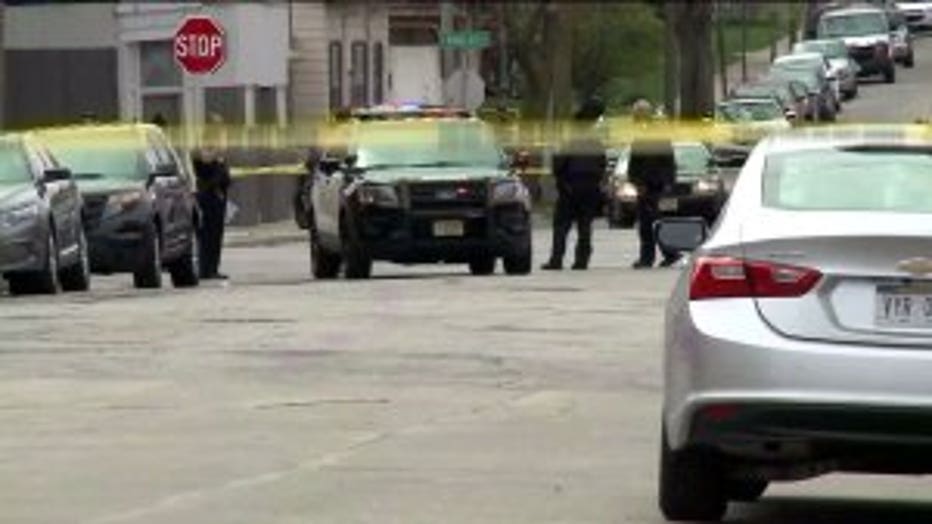 The whole incident happened near one of the area's busiest streets.

"Lots of cops. Lots of detectives. Ambulances and firetrucks. Something serious is definitely going on," said Wilke.

It wasn't immediately clear whether these two men were involved with the Cintron homicide case. According to prosecutors, Cintron, who was issued a CCW permit in 2017, shot and killed Jose Rodriguez near 27th and Hayes on Friday, May 3. Lexi Rivera, the girlfriend of Rodriguez, said he threw his body over her to protect her and their unborn child. She said Cintron is the father of her child, and had "engaged in a series of physically assaultive, abusive, and threatening behaviors” directed at her.