In Waukesha County, FOX6 News met up with crews ready to tackle the snow head-on. Sparks were already flying inside a maintenance facility in Mukwonago.

"Making sure all the lug nuts are nice and tight for the wheels and everything is greased up and ready to go," said Alysha Martinez with All Seasons Facility Maintenance.

It was an all hands on deck operation to tackle the messy weather. This is the weather that they have been waiting for. 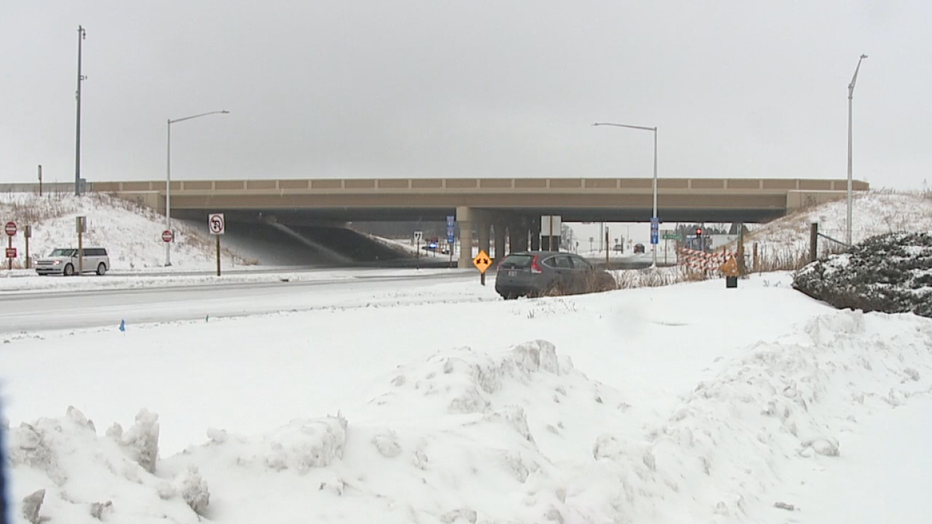 "It’s like gold falling from the sky," said Morgan Ferrari, owner of All Seasons Facility Maintenance. "I have 11 apps on my phone. We cross-check all of them.

"Everybody is on call. Everybody knows to have their phones on them and ready to go."

As salt was dumped into trucks for spreading around town, Ferrari said crews were focused on safety.

"We can’t have someone slip and fall. We have to make sure someone can get out and go to work," Ferrari said.

The Racine County Sheriff's Office responded to 23 crashes between 10 a.m. and 3:30 p.m. -- including a seven-car pileup that shut down part of I-94. There were only minor injuries in that interstate pileup.

Meanwhile, in Racine County, the sleet and snow came down fast, causing lots of trouble.

Edward Laznicka went out to get gas for his snowblower Friday after a couple of inches came quickly.

"It was like a skating rink," Laznicka said. "(They roads) are really bad. I wouldn't be out if it weren't just to get the gas, that's for sure." 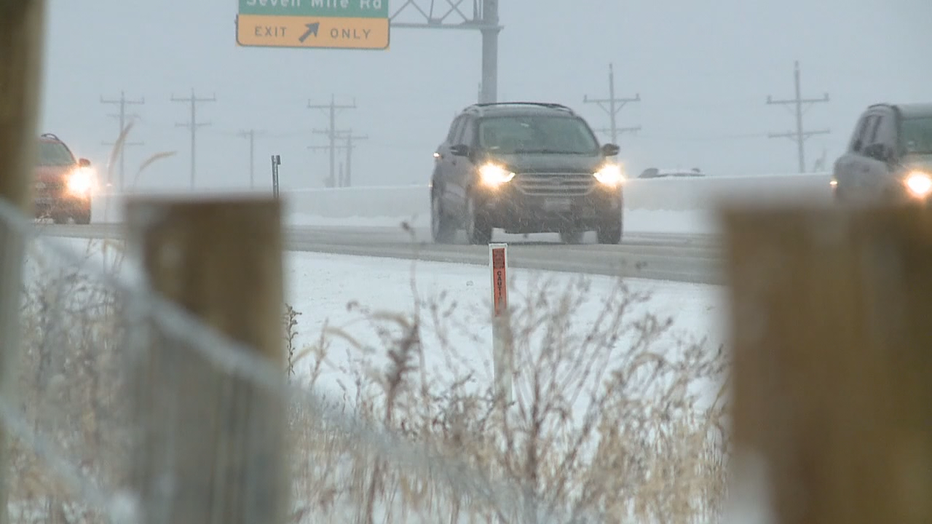 Staying home is exactly what the sheriff's office recommends.

"It’s bad. This is awful. There’s a slickness underneath everything from the rain that’s been here, so this is a pretty bad snowstorm. It’s such a unique mix," said Lt. James Evans with the Racine County Sheriff's Office.

The conditions proved to be dangerous, Friday. The Racine County Sheriff's Office responded to 23 crashes between 10 a.m. and 3:30 p.m. -- including a seven-car pileup that shut down part of I-94. There were only minor injuries in that interstate pileup. 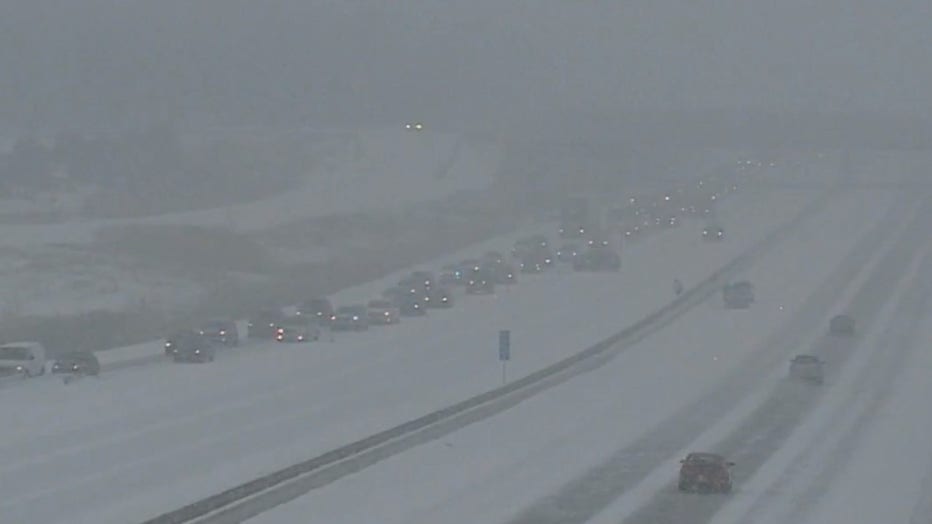 Lt. Evans said people seem to forget safe driving habits during the first few storms of the season -- putting themselves and officers at risk.

"Our officers are out dealing with these crashes, and if you don’t slow down and move over, which is a state law, you’re risking not only your own life but the lives of our men and women who are fighting to protect those people that are hurt, possibly trapped in these crashes," Lt. Evans said.

"It’s dangerous. Absolutely it’s dangerous," said Chris Weidner, who was driving in Racine on Friday. "Be careful. Look ahead, see what’s ahead of you before you get there."

If you're heading out, give yourself extra time.

The tradition stands. Hundreds of people turned out at Milwaukee's Bradford Beach on Friday, Jan. 1 to take part in the annual Polar Bear Plunge.

The National Weather Service has issued a winter weather advisory for eight counties to be in effect until 12 a.m. Saturday, Jan. 2.