WEST BEND —  We've all been there. Your phone is running out of juice and you forgot your charging cable. What if you could pay to charge your phone at the gas station? If a West Bend man gets his way, you'll be able to, but the state is trying to shut him down.

There may or may not be a market for paid cell phone charging kiosks in gas stations. The Wisconsin Department of Justice says the ones the FOX6 Investigators found in gas stations throughout the state are really just video gambling machines in disguise.

Now, the state is trying to pull the plug on these mini 'gasinos.'

As FOX6's hidden cameras documented, so-called 'Pow'r Up' phone chargers have started popping up in gas stations all over Wisconsin, from Marinette to Milwaukee and New London to Fond Du Lac. 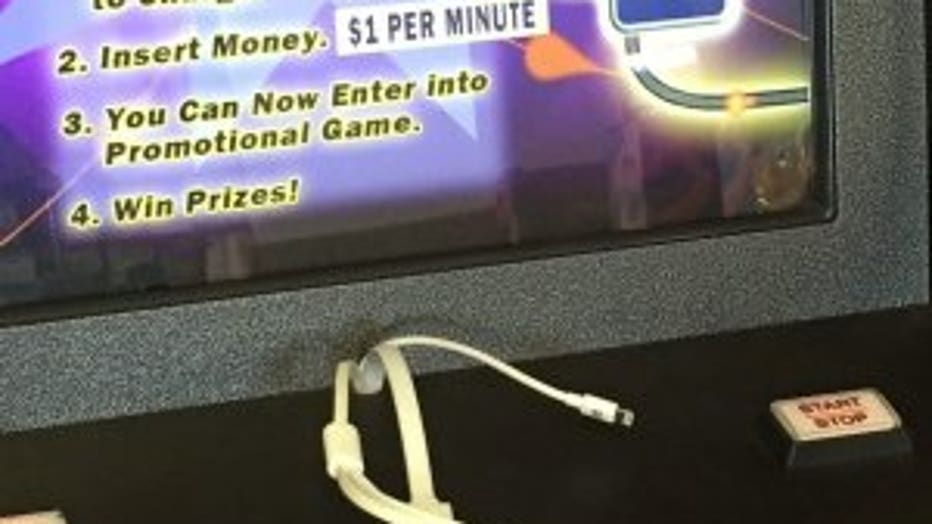 The Quick Charge Kiosk charges a dollar per minute to charge your phone.

"I get truckers or somebody waiting on food or something. You know, they get to kill time while they make me money," said Sudhdev Gill, whose family owns two gas stations in Belgium.

Which begs the question, how much would you pay to charge your phone at a gas station? Drivers the FOX6 Investigators talked to weren't willing to shell out much.

Billy was willing to go a bit higher. "Quarter," he offered.

"No more than a quarter for sure," Travis countered.

Andrew would be willing to shell out a "couple of bucks."

One other customer said he'd even pay "five to 10 bucks" in an emergency.

"That's way too much," Travis said.

But wait! There is an added incentive to charge your phone. For every dollar you spend on charge time, you also get 100 'entries' in a 'promotional game' with a chance to win real cash prizes.

When FOX6 sent a producer into a Sussex gas station with a hidden camera, he asked the clerk about how the game works:

FOX6 Producer: "And then if I win what happens?"

Clerk: "You just get the money." 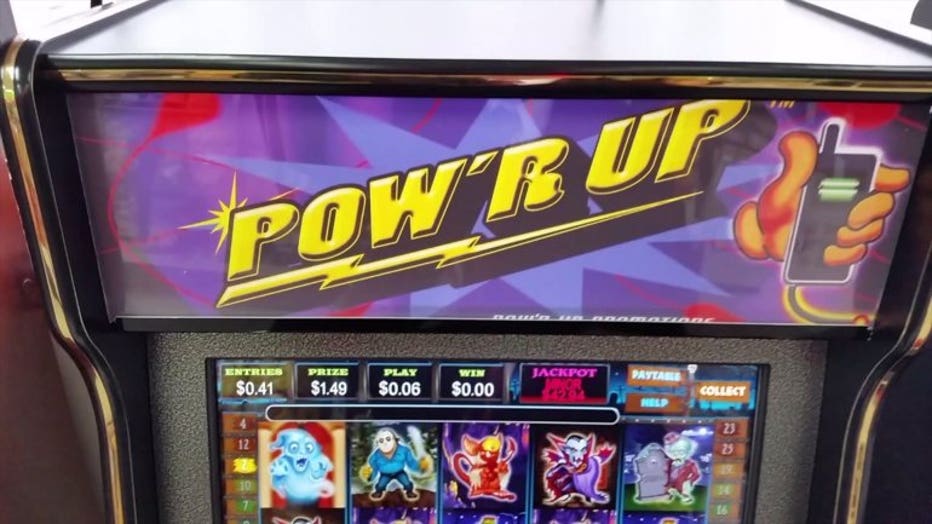 Actually, the machine pays jackpots in the hundreds, not thousands or millions. Either way, you might call it a slot machine. 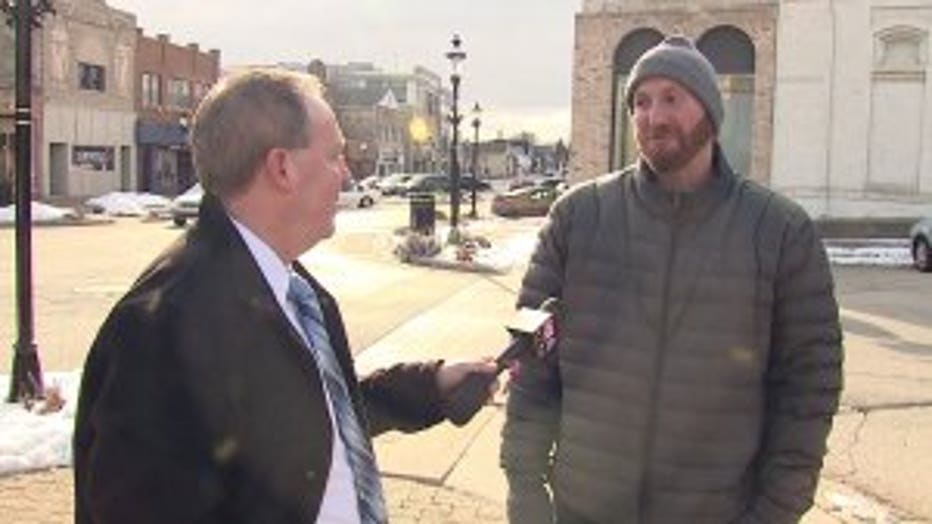 Bryan Polcyn attempts to talk to Jeremy Hahn about his "Quick Charge Kiosk" machines. Hahn declined to comment because of an ongoing lawsuit.

The machine's distributor calls it a promotional offer. The Wisconsin Department of Justice calls it illegal gambling.

FOX6 Investigator Bryan Polcyn caught up with Jeremy Hahn in his hometown of West Bend.

"You know the state has declared them to be illegal video gambling machines, right?" Polcyn asked.

"No comment, I'm sorry. I can't. That's per my attorney. I apologize," Hahn said.

Hahn owns Quick Charge Kiosk. It's one of the companies behind these controversial consoles. He is embroiled in lawsuit against the State of Wisconsin over the machines. Hahn is asking a judge to declare them legal.

"There is something more than charging the phone going on," said Doug LaBelle. He's a gambling addiction counselor who has studied Wisconsin's convoluted gambling laws closely. 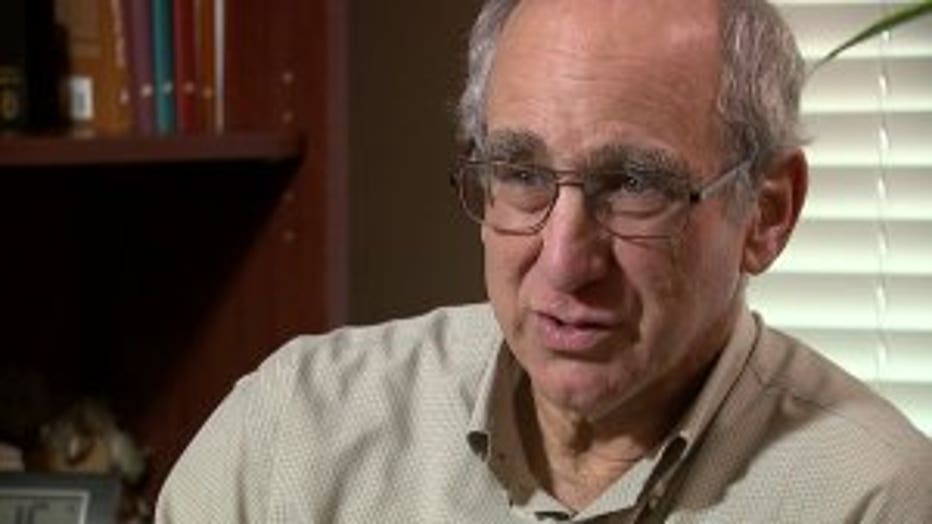 Doug Labelle, a gambling counselor, says gambling is illegal in Wisconsin, with a number of exceptions. Whether these devices fit one of those exceptions will be determined by the courts.

"Wisconsin starts with 'gambling is illegal.' Except. And it's all those 'excepts' that have to be played out," he said.

In an attempt to qualify as a legal promotion, the Pow'r Up machine offers an option to play for free. But redeeming a free play is easier said than done. Last fall, FOX6's Bryan Polcyn took a hidden camera into the Sussex Mobil gas station to inquire about a free entry form.

"It says no purchase necessary to participate in this promotion," Polcyn said to the clerk.

The clerk didn't seem to know anything about it.  It took him five minutes to locate an official free entry form, but he did eventually hand one over. 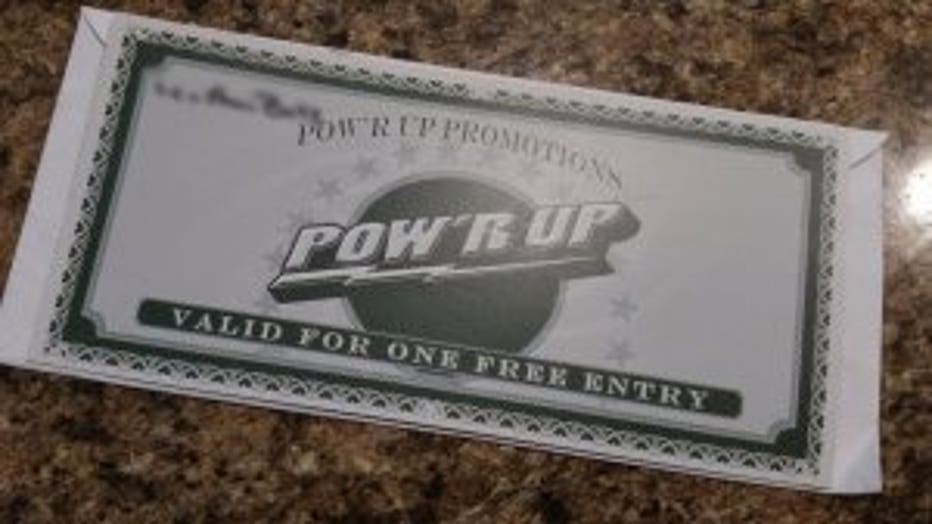 After mailing in a free entry form, a FOX 6 producer received a certificate in the mail for "One Free Entry"

A FOX6 producer then filled out the form by hand (as required in the fine print) and mailed it in. A week later, she received a certificate for 'one free entry.' When she drove to Sussex and tried to redeem it, however, a different clerk was once again stumped.

"I have no clue," the clerk said. "Never seen one of these before. There's got to be some way to use it on there."

Eventually another worker just handed our producer a $1 bill to use when playing the machine.

"It seemed like a pretty complicated process just to get that dollar worth of time," said Representative Jeffrey Mursau, R-Crivitz. "I would say these machines are put in specifically for reasons other than charging your phone."

As chairman of the state's Tribal Relations Committee, Mursau said the Pow'r Up machines could be a concern for Native American tribes, which are supposed to have the exclusive rights to video gaming in Wisconsin.

"The tribes have said there is going to be a point in time when things go too far," Mursau said. 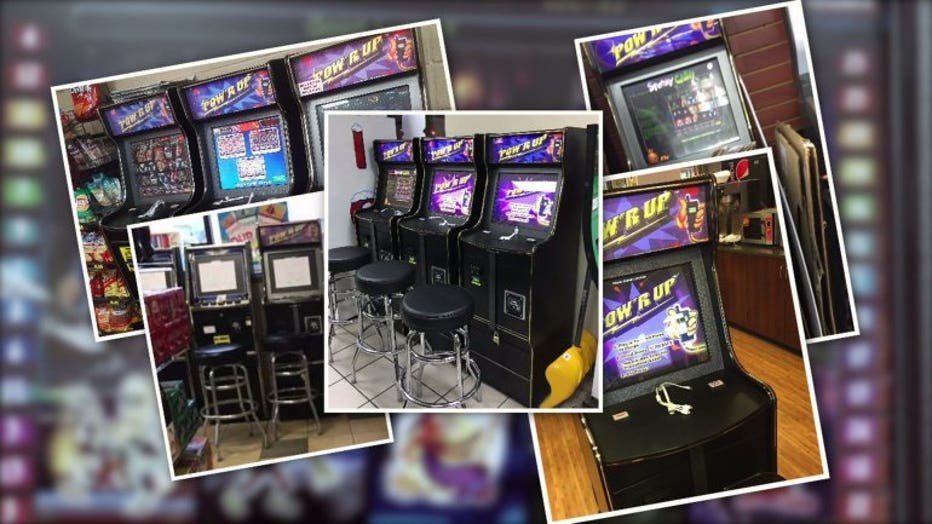 Mursau said the tribes have looked the other way at video gambling machines in taverns and restaurants with Class 'B' liquor licenses. For years, those machines have been allowed to exist, even though they remain illegal.

In 1999, Governor Tommy Thompson dramatically reduced the penalties for video gambling in bars and restaurants. Four years later, Governor Jim Doyle prohibited local police from enforcing the law. Only the Wisconsin Department of Revenue can enforce video gambling in Class B establishments, as long as there are five or fewer machines. It's still illegal, just not criminal.

But video gambling in gas stations remains a crime.

"It would be, at a minimum, a misdemeanor and it could be a felony if it's determined to be commercial gambling," LaBelle said.

Jeremy Hahn knows better than most.  His father was convicted of commercial gambling in 1997 for supplying video poker machines to bars. Lester Hahn's case set a legal precedent in Wisconsin for what defines a gambling machine. 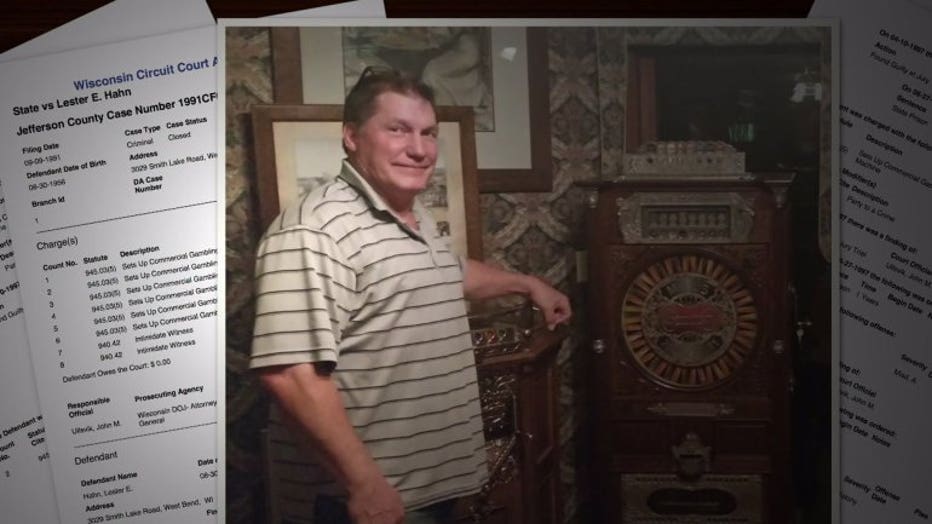 Now Jeremy Hahn is trying to use his father's case to justify his Quick Charge Kiosks.

"Do you see that as potentially a significant expansion of gambling in Wisconsin?" Bryan Polcyn asked.

The Wisconsin Department of Justice is trying to stop it.

Last summer, agents seized several Quick Charge Kiosks from a pair of gas stations in Belgium -- the Royal Avenue Mobil and the Belgium Plaza BP, both owned by Sukhdev Gill.

"They just came in and they're like, 'we have a search warrant for these machines,'" he said. "They patted me down, just for some machines."

Gill said he wonders why his stations were singled out when another gas station just a few miles away has similar machines without the phone charging component.

"If other stations can have 'em in Ozaukee County, I should be able to have my machines in here," he said.

And consider this. Gill's family has a restaurant right across the street from the BP gas station. It has five video gambling machines inside that state agents couldn't touch. 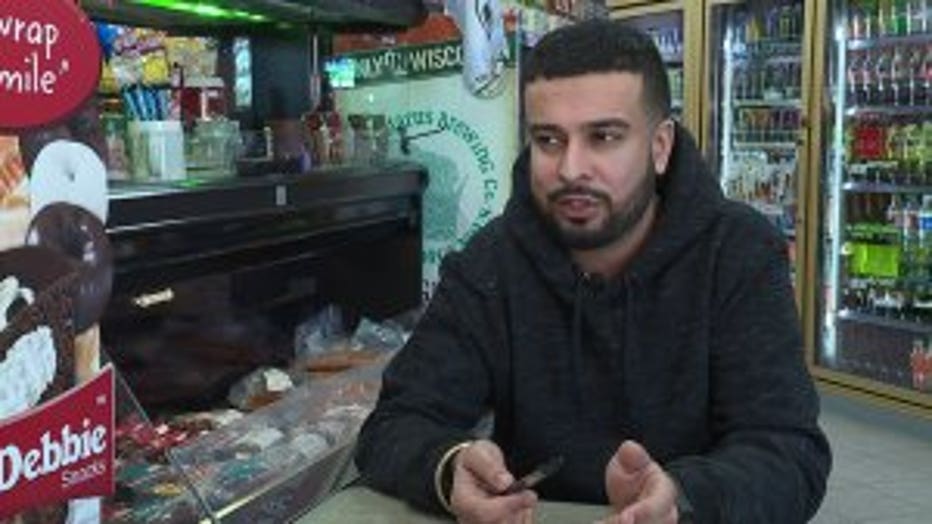 Gill says there should be a clear definition of the law.

"The law should clear itself, and state what it is or what it isn't," Gill said.

He just wants a clear answer. Is this illegal gambling? Or just another exception.

Jeremy Hahn's lawsuit against the state is still pending in Milwaukee County. Meanwhile, his Quick Charge Kiosks remain in operation in several locations.

FOX6 News asked the Wisconsin Department of Justice why some machines have been confiscated, but not others. A DOJ spokesman replied that the decision on whether to remove machines from gas stations is up to local law enforcement. If requested, DOJ will assist, as the department did in Belgium.