SLINGER, Wis. - The Slinger community is stepping up to help four children who faced tragedy twice in just 18 months.

The Pearson kids, ranging from elementary to high school age, are now without both parents.

Sometimes, it takes a village.

"We’ll do whatever we can to help them," said Scott Stortz, Slinger village president and a friend of the family.

The Pearsons were known for their community involvement.

"You just don’t, you just can’t even put words to it," Stortz said.

"When I got the call, it’s almost like an out-of-body experience," said Stortz. "It’s hard to see kids lose one parent, but then two tragically and so close together, no rhyme or reason."

The four kids will now be raised by their aunt.

"Fortunately, they have an aunt who loves them like a mother and is going to be there for them," Stortz said. 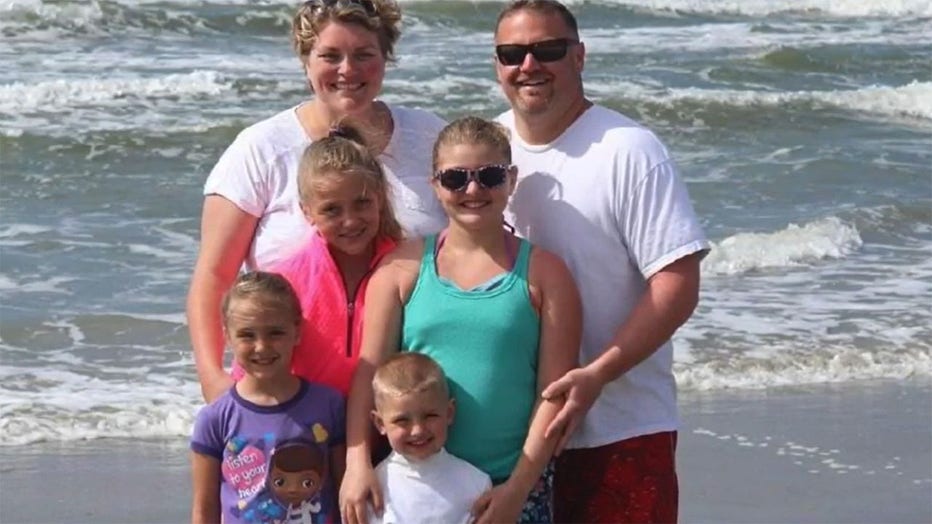 They have love and support but need finances to make sure they are OK.

"We need to build a fund, daily expenses, to pay the mortgage," Stortz said.

Stortz is helping to spread the word to ease some of the family's pain – trying to bring healing at a time when it might seem impossible.

"Keep the family in your prayers," said Stortz.

The Wisconsin mother reported her 22-year-old son had used the weapon on her neck during a domestic disturbance. He was upset because he could not find his phone, according to officials.