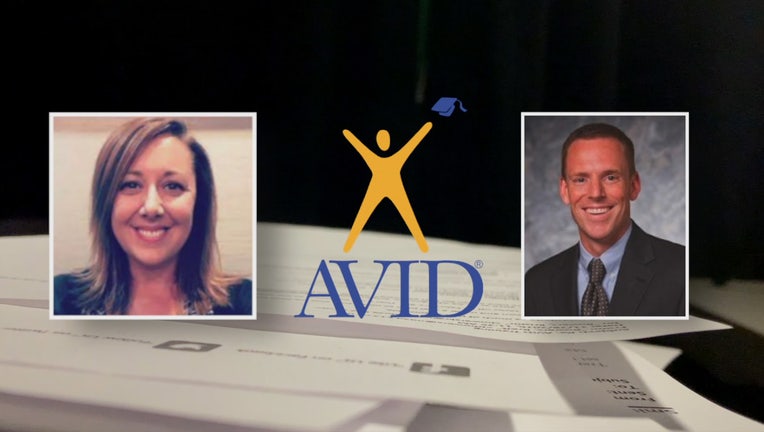 Assistant Superintendent of Teaching and Learning Kristin Bowers resigned last month. A FOX6 investigation revealed she encouraged the school district to contract with the college and career readiness program AVID while her husband, Brett Bowers, was an AVID employee. FOX6's investigation prompted the district to conduct its own investigation, in which it determined she violated policy.

Wisconsin law prohibits "public officials" from using their positions to benefit themselves, immediate family, and organizations with which they are associated. Wauwatosa Police are investigating.

In addition, the school district agreed to make an employer contribution of $13,522.83 to Bowers' Wisconsin Retirement System account, plus a $28,000 403(b) contribution.

Including retirement contributions and lump sum payments, Bowers walked away with $116,758.44.

The agreement promised the district and Bowers would mutually agree upon the district's public statement about Bowers' resignation, as well as Bowers' email to staff about her departure.

As is customary, the resignation agreement includes a non-disparagement clause and a release of legal claims, such as employment discrimination.

Kristin and Brett Bowers have not responded to a request for comment.

A spokesperson for Wauwatosa School District released the following statement: "On January 24, 2022, the School Board approved Mrs. Kristin Bowers’ voluntary resignation from the Wauwatosa School District, effective immediately. The District and Mrs. Bowers recognize that it had become increasingly difficult for Mrs. Bowers to lead and advance the Teaching + Learning Department. Mrs. Bowers’ resignation allows the District to move forward and focus on what is most important — the education and success of our students. The District will immediately start the process of searching for a new leader of Teaching and Learning."

A 42-year-old Milwaukee was found dead in a vacant lot near 37th and Galena on Monday morning, Feb. 7, police say.

The Drug Enforcement Administration announced a new initiative aimed at combating the rising rates of drug-related violent crime and overdose deaths in the nation.