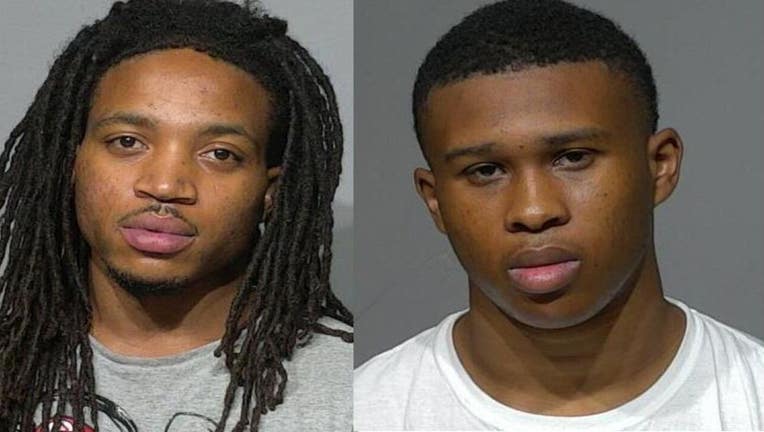 MILWAUKEE - Two from Milwaukee are charged in connection with a shots fired incident Sept. 7 near Milwaukee's Barack Obama High School that led to a pursuit and crash.

Bryon Woods, 27, faces one count of discharging a firearm in a school zone.

According to a criminal complaint, police were near the area of 46th and Fairmount for an unrelated call when a vehicle pulled up behind them and the driver, Ellis, and passenger, Woods, got out, armed with firearms. Prosecutors say they raised their arms and fired off "numerous shots" into the air. At least one of the guns was believed to be an "automatic fire," described in the complaint as a firearm where the trigger is pulled once and numerous bullets come out until the trigger is released.

After the shots were fired and the two got back into their vehicle, Ellis sped toward officers, slowing as he approached them before passing them and driving off.

A pursuit then ensued, lasting about two minutes. During the pursuit, prosecutors say Ellis blew stop signs and red lights, weaving around pedestrian and vehicle traffic. Speeds reached 80-90 miles per hour in the 30-35 mph zone. At 51st and Fond du Lac, Ellis crashed into another vehicle, sending the driver and passenger to the hospital, according to the complaint.

Ellis and Woods were also taken to the hospital. Prosecutors say Woods was ordered out of the vehicle and arrested. Ellis was found passed out inside the vehicle.

Investigators recovered a rifle and a 9mm "fully automatic" handgun from the vehicle.