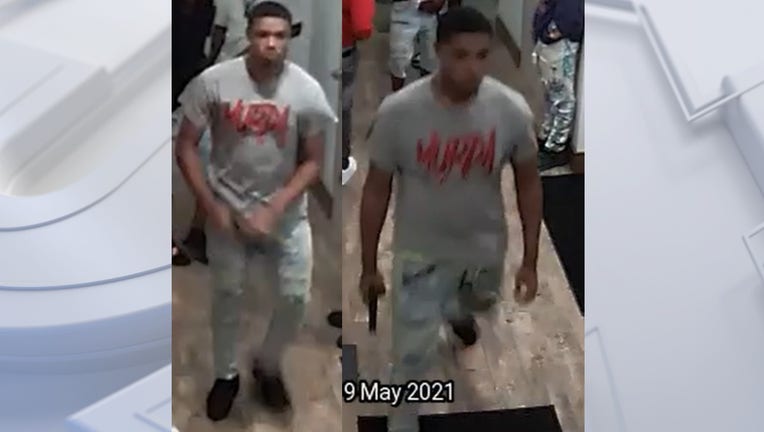 WAUWATOSA, Wis. - The Wauwatosa Police Department is asking the public for assistance in identifying a subject who was involved in an altercation where shots were fired.

According to police, officers responded to the Homewood Suites around 12:30 a.m. on May 2 for a report of shots fired.  The investigation revealed that two groups got into an argument that spilled out into the parking lot where shots were fired; no injuries were reported.

The suspect is described as male, black with short dark hair, 5'8"-6'0" tall, weighing 175-200 pounds. He was wearing a light gray t-shirt with the word "MURDA" in red lettering across his chest, stone washed light jeans with several tears and black shoes.

He is observed holding a black handgun in his right hand.

Wisconsin Republicans want to end the federal unemployment supplement, which they said Tuesday hurts businesses that are struggling to fill vacancies.