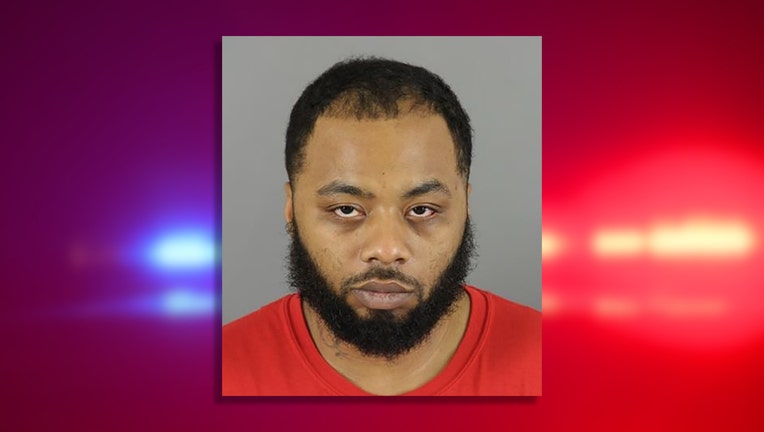 MENOMONEE FALLS, Wis. - A Butler man is accused of firing shots on the southbound Interstate 41 on-ramp at County Line Road on March 15.

Prosecutors have charged Aaron Davis, 33, with attempted first-degree intentional homicide and possession of a firearm by a felon.

Police responded to the reported shooting around 7:45 a.m., which was at the border of Menomonee Falls and Germantown. Police advised that the shooting victim had just left work when he was shot getting onto the interstate, a criminal complaint states. The victim said the alleged shooter was his coworker, Davis.

The victim told police that he believed Davis waited for and followed him out of the parking lot, according to the complaint. The victim said he noticed Davis' vehicle pull behind him on the on-ramp, and he slowed down – at which time Davis pulled alongside him. The victim rolled down his window and said "What the (expletive)?" – to which Davies replied "Man, you got a problem with me?" before reaching for something, which the victim believed to be a gun.

The complaint states that the victim sped away, at which point he said he saw Davis point a gun toward his car and heard gunshots. The victim kept driving, knowing his car had been hit, and Davis allegedly pulled along the other side of the victim's car and fired more shots. The victim said he then drove home and immediately called police.

Later the day of the shooting, the complaint says police searched multiple addresses linked to Davis, looking for him and his vehicle. Police also tried a number of phone numbers believed to be connected to Davis to no avail. They went to his workplace to see if he might show up for his scheduled shift.

While there, the complaint states officers were informed that Davis was inside; he had not arrived in a known vehicle. Police spotted Davis and addressed him by his first name, according to the complaint; he took a step toward the officer's vehicle and said he didn't have any weapons on his person.

At the scene, police found "numerous spent shell casings." The complaint states that the victim's car had three of four windows shattered, a flat tire and numerous bullet holes on the passenger side.

Eleven casings were found at the scene. One spent casing was found inside the car. The victim denied having, pointing or shooting at Davis during the incident.

The victim told police, per the complaint, that he and Davis had a confrontation at work the previous week and did not see him again until their shift that preceded the March 15 shooting. During that shift, the two talked and there were no confrontations.

Video surveillance from the workplace, along with the victim's statements, confirmed there was a confrontation between the victim and Davis the week before the shooting.

Surveillance also showed Davis driving "very quickly through the lot, as if to catch up to the victim" as the victim left the parking lot the morning of the shooting. Traffic cameras also placed the two vehicles close to one another around the time of the shooting.

Davis told police that he and the victim had gotten in an altercation during the shift that preceded the shooting. He said their supervisor told them to "get over it" and keep working, and that nothing else happened.

While speaking to police, the complaint states Davis denied having or shooting a gun. When asked why he didn't drive his own vehicle to work, he said he ordered a Lyft because he "blew out an axle ‘driving crazy’ in Milwaukee." Police asked Davis where the vehicle was being worked on, and the complaint states he said he did not know because his cousin had it towed somewhere. Davis then "made it clear" that he would not say anything else to law enforcement.