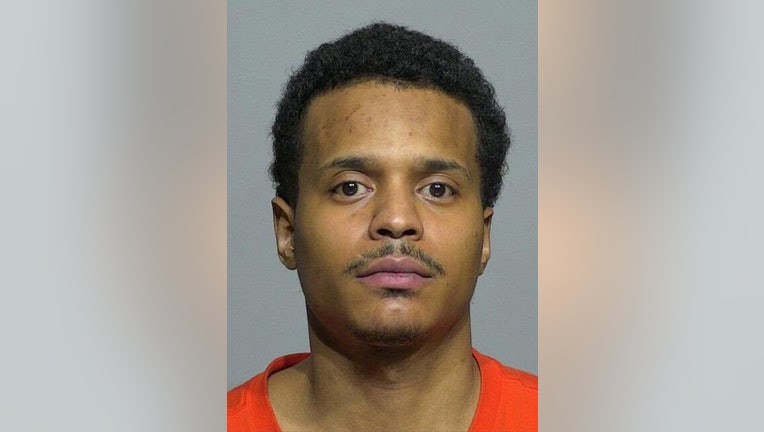 MILWAUKEE - A 24-year-old Milwaukee man is charged with three counts of first-degree recklessly endangering safety in connection with a shooting spree that happened on the city's south side. The accused is Giovanni Fields.

According to the criminal complaint, Milwaukee police officers responded late on Feb. 21 to a report of two houses being shot up near 36th and Pierce. In the area, police located 55 spent bullet cartridge casings in various calibers, the complaint says.

The complaint goes on to say "video from one of the houses shows two cars pulling up to the intersection and stopped. One car parks on the side of W. Pierce St. The other car stops in the middle of the street on S. 36th St. Several men exit from both cars and begin shooting at the two houses."

The video and investigation led police to suspect the defendant was the driver of the car that stopped in the middle of S. 36th Street. Fields was arrested.

When questioned by police, the complaint says Fields "admitted being the driver of the car that stopped on S. 36th St. He admitted shooting at one of the houses. He said that he knew the men in the other car and knew that they were going to go shoot up a house. He followed in his car to provide back-up for them, and when they started shooting, he joined with them and fired his gun at a house."

The complaint also notes that during the shooting incident, "the passenger of the defendant's car was shot and killed, probably by friendly fire. A possible homicide charge for that death is still being investigated."

Fields made his initial appearance in Milwaukee County court on Friday, March 18. Cash bond was set at $50,000. Fields is due back in court for a preliminary hearing on March 25.

A Milwaukee man was charged Friday with allegedly trying to rob a currency exchange on 25th and Wisconsin earlier this week, claiming he had an explosive around his neck.