Statue of Virgin Mary from northern Italy installed at MU

Statue of Virgin Mary from northern Italy installed at MU 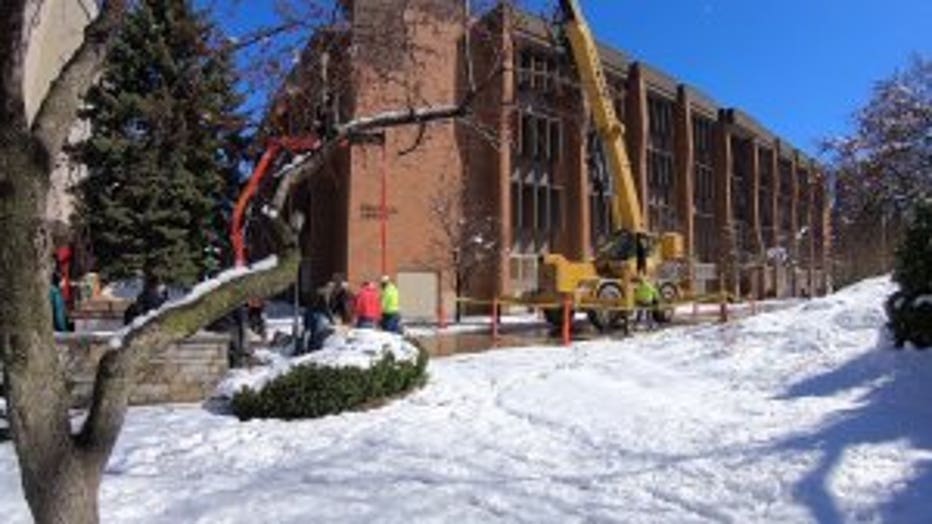 MILWAUKEE -- A special addition made its way onto the campus of Marquette University on Monday morning, April 15.

After months of planning and thousands of miles of travel, a single crate held a precious piece of Marquette's future.

"The Virgin Mary statue is actually one of the things we were lacking on this campus," said Lora Strigens, VP for Planning and Facilities Management at Marquette. 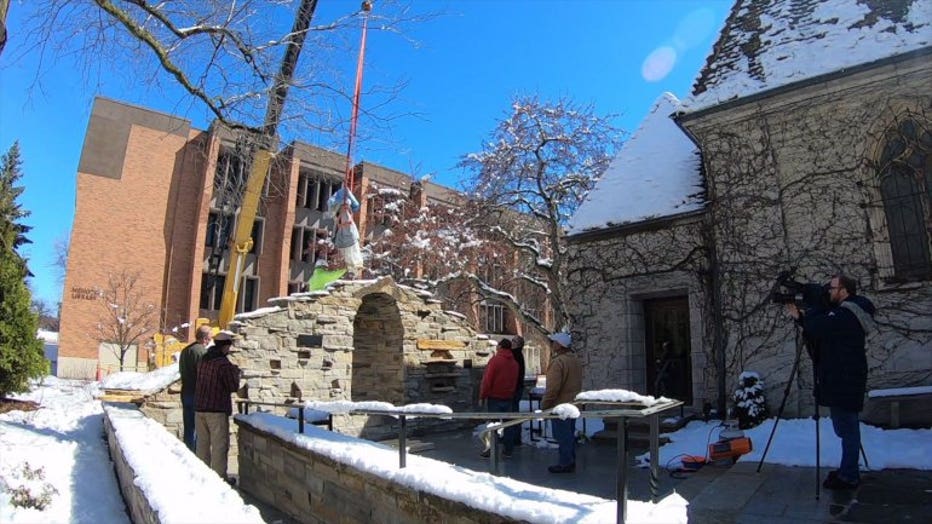 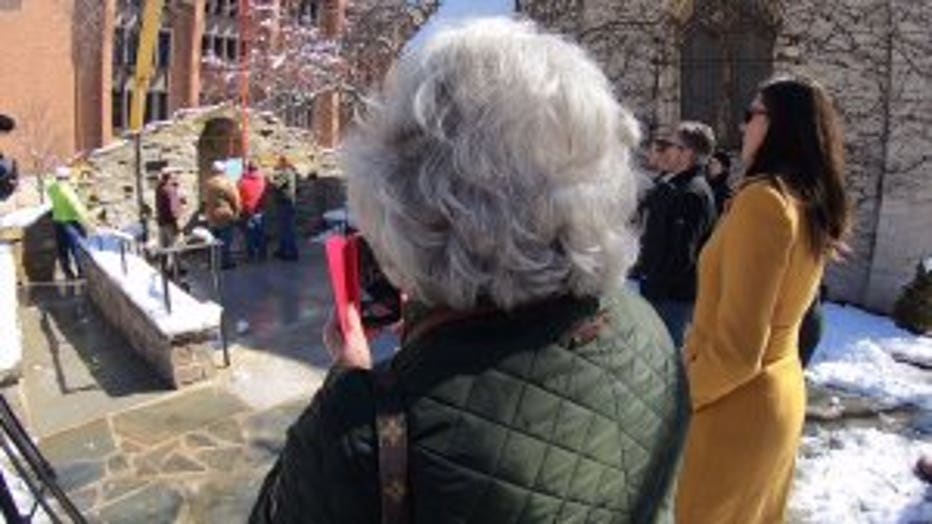 Nestled behind St. Joan of Arc Chapel, a new grotto will serve as the Virgin Mary's home.

"As important as the buildings that we have on the campus are the open spaces and quiet spaces that we have to recharge and revive," Strigens said.

The statue took six months to carve and was installed on Monday with Nana Fotsch looking on. 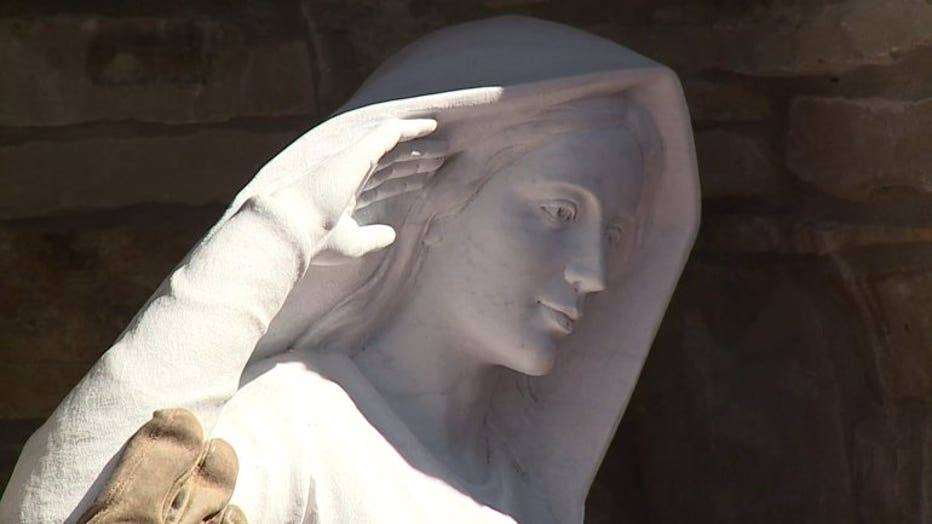 Fotsch is one of the benefactors who had a hand in bringing the statue to life, along with Marquette President Michael Lovell. Fotsch said she had a specific vision for how the statue of Mary's hand should appear.

"She should have her hand out to the students or to whomever she wants," Fotsch said. "This is not brain surgery. Like this. He said, 'Hold that pose.' Took a picture. To the carver, there's my hand."

The fragile 1,200-pound figure carved from Carrara marble was lifted using a construction crane -- and gently secured in place where she will now rest for generations to come. 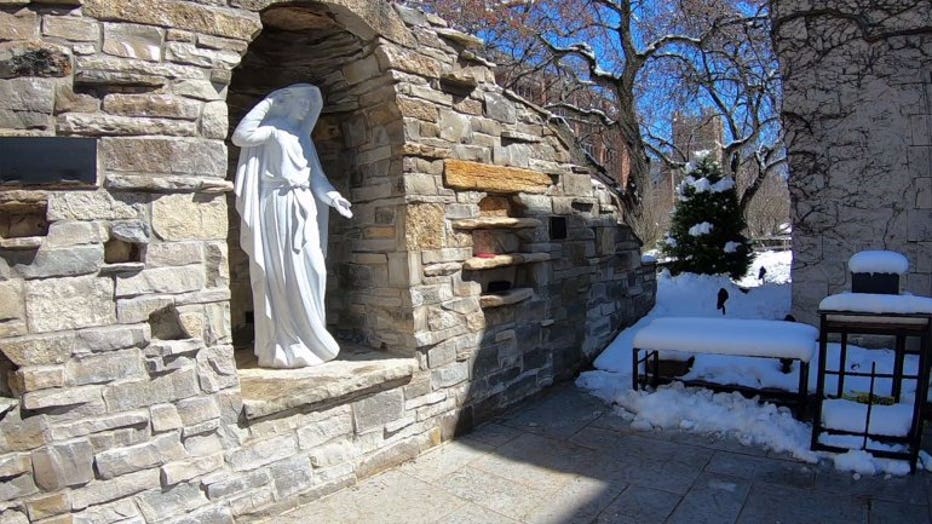 Marquette University officials plan to landscape the surrounding areas near the grotto with shrubs and flowers to compliment the newly installed statue.