MILWAUKEE (WITI) -- For the eighth time since December 2013, the Milwaukee County Sheriff's Office says a deputy's squad car was struck by another driver. 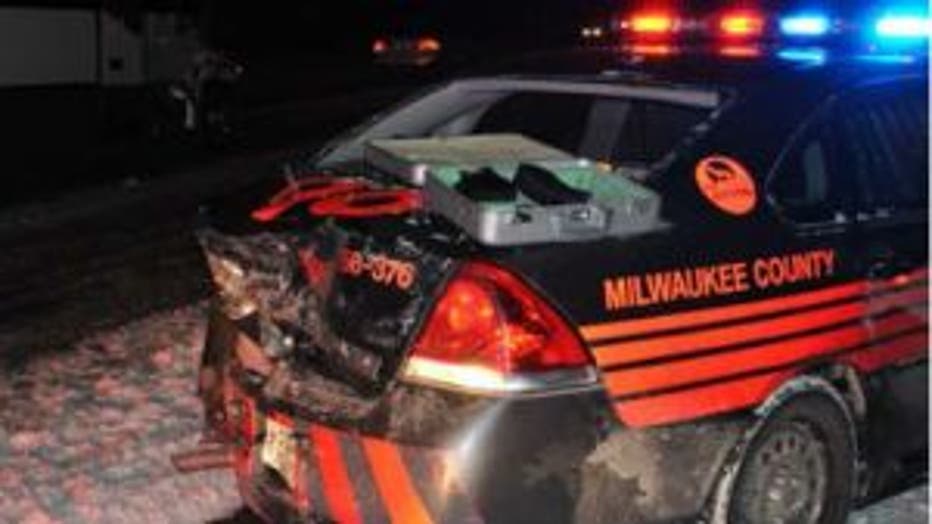 Sheriff's officials say a Sheriff's deputy positioned his squad in the distress lane behind another squad and a tow truck that was assisting a motorist who had gone off I-94 NB, just south of Ryan Road -- into a ditch.

Both squads had their emergency lights activated.

The deputy's squad was struck by a vehicle whose driver was trying to avoid another car that had lost control in front of him.

The deputy was treated at Froedtert Hospital. We're told he did not sustain any serious injuries.

The occupants of the other vehicles involved were not injured.

The Oak Creek Police Department issued a citation to the striking driver for following too closely.