LANCASTER, Calif. - Authorities Thursday circulated photos a suspect and possible accomplice in the alleged assault of an 80-year-old man in the bathroom of a Lancaster grocery store.

The assault occurred about 8:30 a.m. at the grocery store in the 1000 block of East Avenue J, near 10th Street, according to the Los Angeles County Sheriff's Lancaster Station.

Investigators believe the victim was assaulted and robbed by a Black man between 20 and 25 years old, about 5 feet, 8 inches tall, and approximately 250 pounds, the sheriff's department reported. He was wearing a light-colored sleeveless T-shirt, white shorts and a black mask with a design of white fangs. 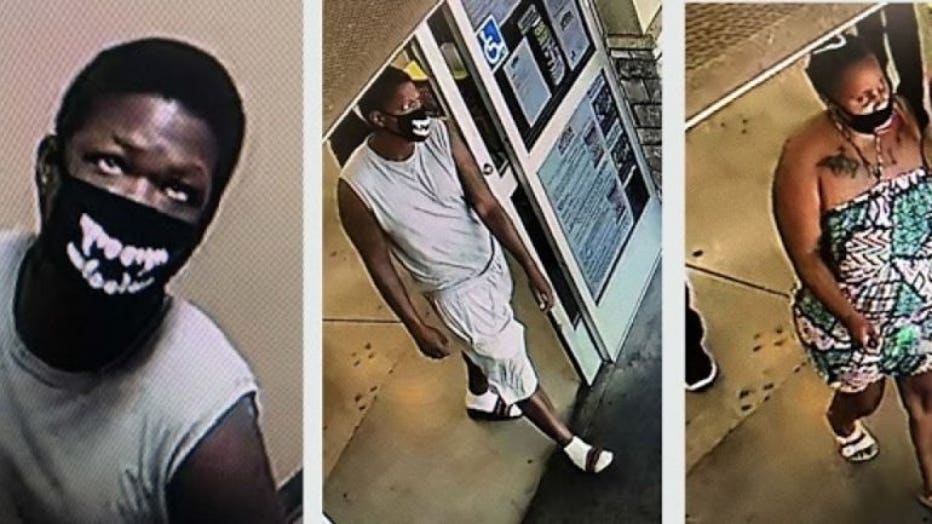 The second person in the photos is a woman whom investigators believe accompanied the man to the store. She was wearing a multi-colored patterned romper and a black face mask with red lips, according to the sheriff's department.

The victim was taken to a hospital for facial injuries and several broken ribs, according to the sheriff's department. 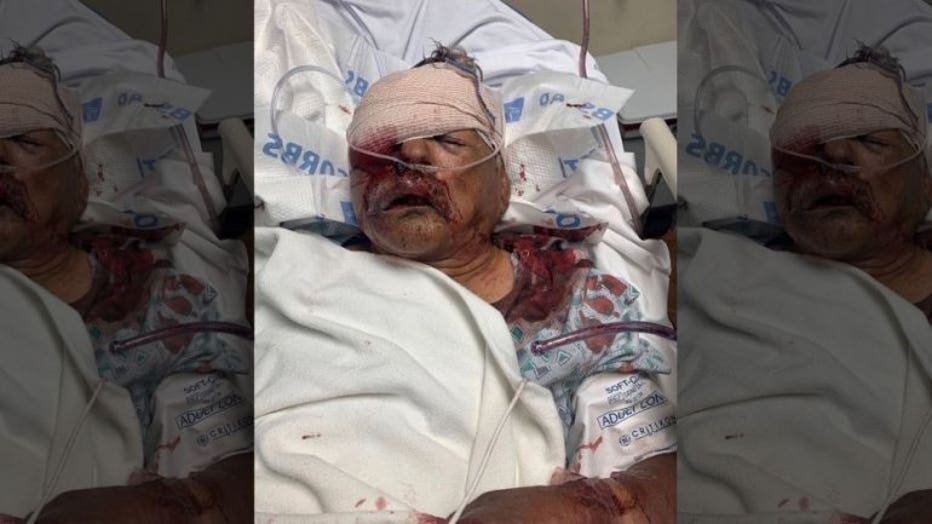 Anyone with information about the assault was encouraged to call the station's detectives at 661-948-8466.