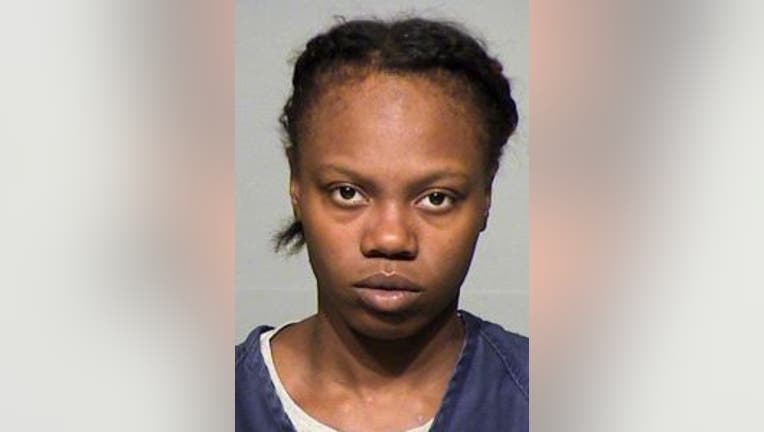 MILWAUKEE (WITI) — 25-year-old Sheneeka Long, the Milwaukee woman charged with  first-degree reckless homicide in connection with the stabbing death of Shirley Eskridge, was set to be sentenced on Friday, December 6th. But that sentencing was adjourned until January 23, 2014.

Eskridge was found lying next to a curb on N. 39th near Lloyd by Milwaukee police on Saturday, July 6th. According to police, Eskridge was bleeding and gasping for breath. She was pronounced dead at the scene.

According to the criminal complaint, witnesses told police that prior to the stabbing incident Sheneeka Long was making threats about killing people and challenging them to fight because she was “tired of people calling her a slut and people talking about her.”

Following the threats, Long and Eskridge began to fight, with Long throwing the first punch at Eskridge. During the altercation Long allegedly stabbed Eskridge and then fled the scene.

According to criminal complaint, various witnesses told police at the scene that the woman who stabbed Eskridge was wearing an orange shirt and traveling westbound from the scene. Shortly after the incident, police observed a woman matching that description. The woman identified herself as Sheneeka Long.

The complaint alleges that officers asked Long “where’s the knife?” At that time, Long allegedly reached behind her back and produced a bloody knife and dropped it on the sidewalk.

According to the Medical Examiner, Eskridge suffered three stab wounds to the armpit and died as a result of blood loss. The deepest of the three wounds entered the victim’s body and penetrated approximately eight inches. The Medical Examiner reports that the stab wound cut the jugular vein, the trachea and the right carotid artery.

If convicted, Long could face up to 60 years in prison.