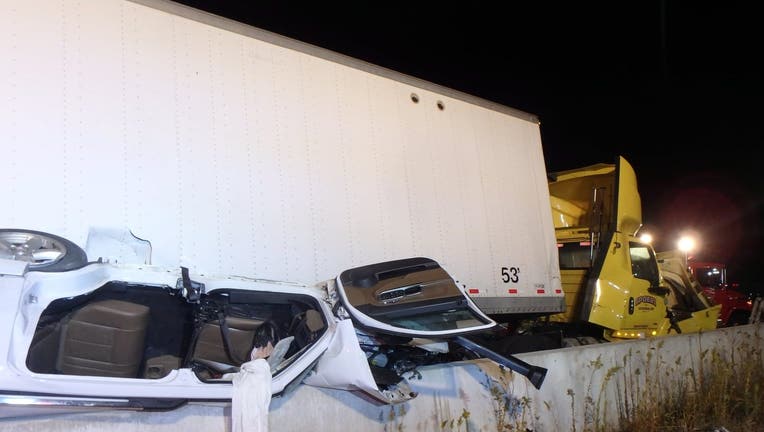 RACINE COUNTY, Wis. - A Sheboygan woman was taken to the hospital by Flight for Life after a crash involving a semi on I-94 Saturday night, Nov. 7.

Deputies responded around 8:30 p.m. following reports of a "vehicle on its side, and a semi running over it." 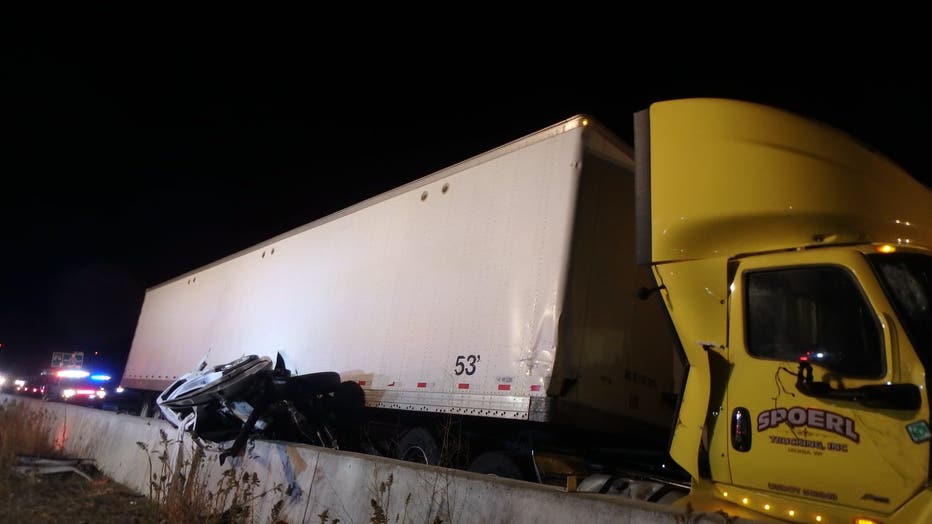 First responders found a badly damaged Jeep pinned against the wall of the interstate by a tractor-trailer.

The Sheboygan woman was extricated from the Jeep and taken to the hospital by helicopter, but officials said both drivers suffered minor injuries.

Sheriff's officials said an investigation revealed her vehicle struck a construction trailer with an attached electronic signboard before rolling onto its passenger side, sliding into traffic and colliding with the tractor-trailer.

The Sheboygan woman was cited for OWI, first offense, causing injury, among other fines.