SHEBOYGAN (WITI) -- 17-year-old Demonte Ayers of Sheboygan has been charged in connection with an incident in which he allegedly choked a student inside a school on December 13th. 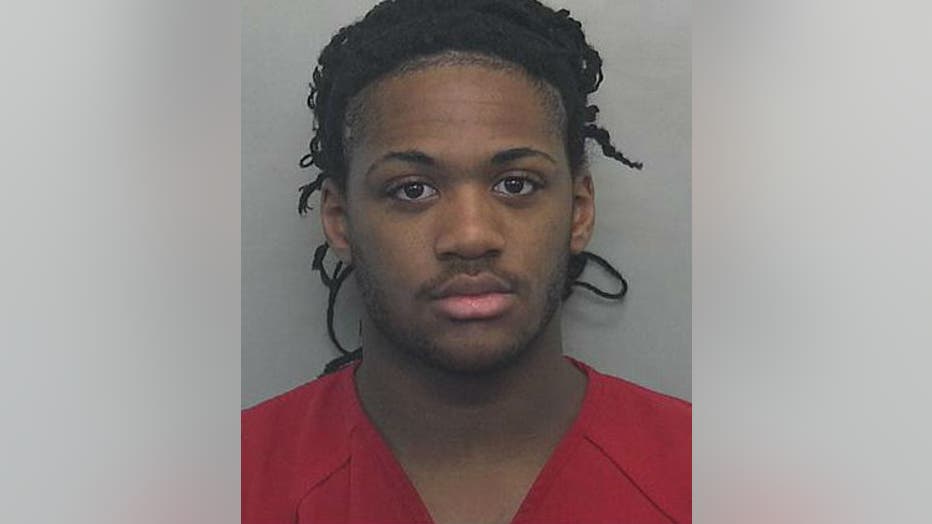 A criminal complaint in the case says on November 15th, 2013, Ayers appeared before a judge on charges of substantial battery and a misdemeanor offense of bail jumping.

Ayers was admitted to a signature bond which included the non-monetary conditions of release that he be involved in no further criminal activity and that he have no violent or abusive contact with anyone.

That same day, Ayers signed his bail bond -- acknowledging its conditions and it remained in full force and effect through and including December 13th.

On October 7th, 2013, Ayers appeared before a judge having been charged with the misdemeanor offenses of fourth degree sexual assault and exposing genitals.

Ayers was admitted to a signature bond which included the standard non-monetary conditions of release that he not be involved in any further criminal activity. On October 7, Ayers signed the bail bond, acknowledging its conditions and it remained in full force and effect through and including December 13th.

That brings us to December 13th.

On this date, a criminal complaint says Sheboygan County Sheriff's deputies were dispatched to Willowglen Academy on County Road FF in the Town of Mosel -- where a teacher's aide reported she was in her classroom with a student when Ayers came into the classroom, pushed the student onto her back on a table while laying on top of her.

According to the complaint, the teacher's aide told officials she stepped in, and Ayers released the student for a short time, but then grabbed her again.

The teacher's aide told officials Ayers held the student tightly and pushed her hard enough that they both fell to the ground, according to the complaint.

The complaint says the student was able to get up, and Ayers left the room.

The teacher's aide told officials Ayers was not supposed to be in her classroom, but said he often wanders the building causing problems, according to the complaint.

The student in question told officials Ayers pulled her hair, and was then standing in front of her with both of his hands around her neck -- squeezing forcefully, according to the complaint.

The student told officials she did not remember how they became separated or that she fell to the ground, according to the complaint.

The complaint says Ayers denied having any contact with the student whatsoever.