Localized areas reported over 5" of rain. 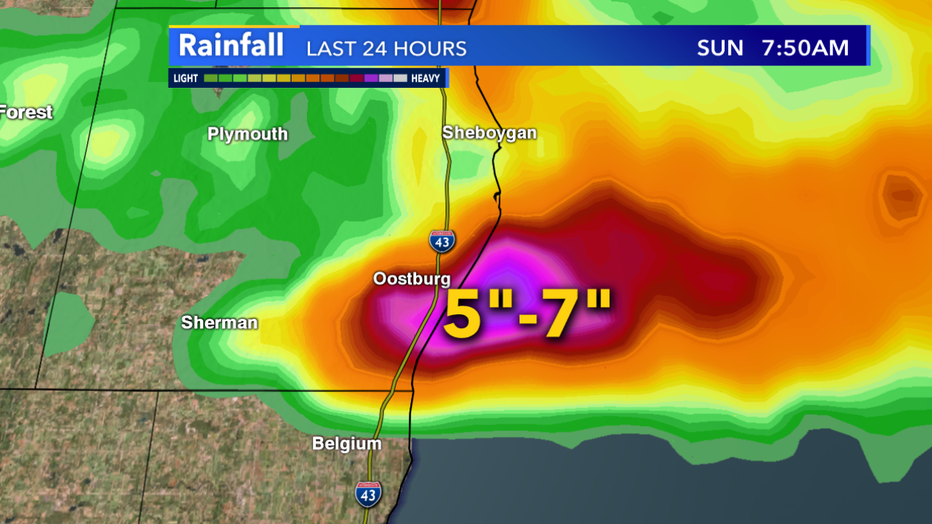 This storm quickly gained strength early in the morning, and at one point, the National Weather Service issued a severe thunderstorm warning. 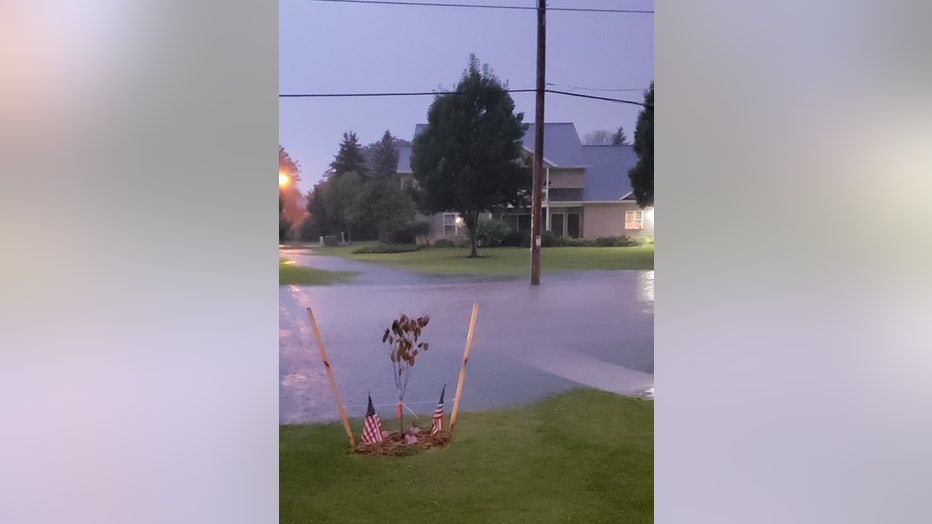 Photo of flooding in Oostburg from Becca R.

Soon, it shifted to flood concerns, as this cluster of thunderstorms continued to form and hover over the most southern portion of Sheboygan County. 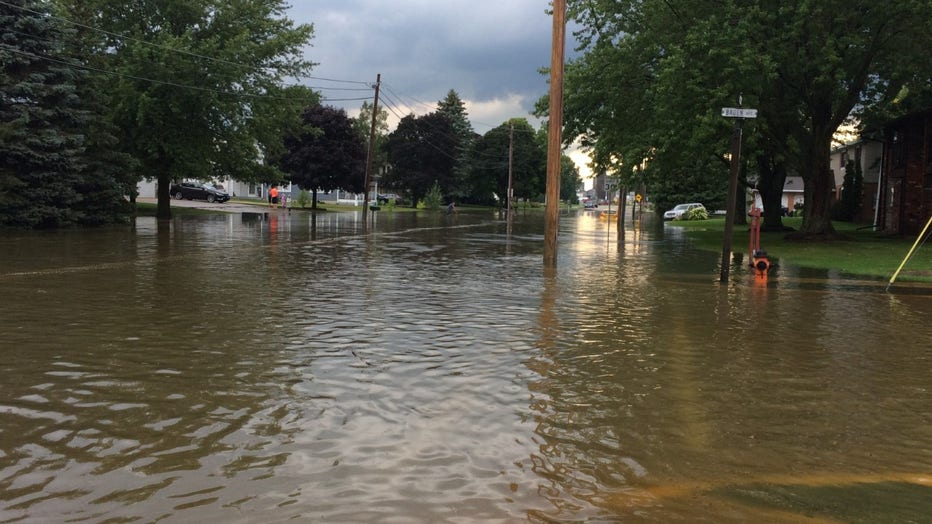 For almost an hour straight, the southern portion of Sheboygan County saw torrential downpours.  Fortunately, most of the rain fell over Lake Michigan, but many areas weren't so lucky. 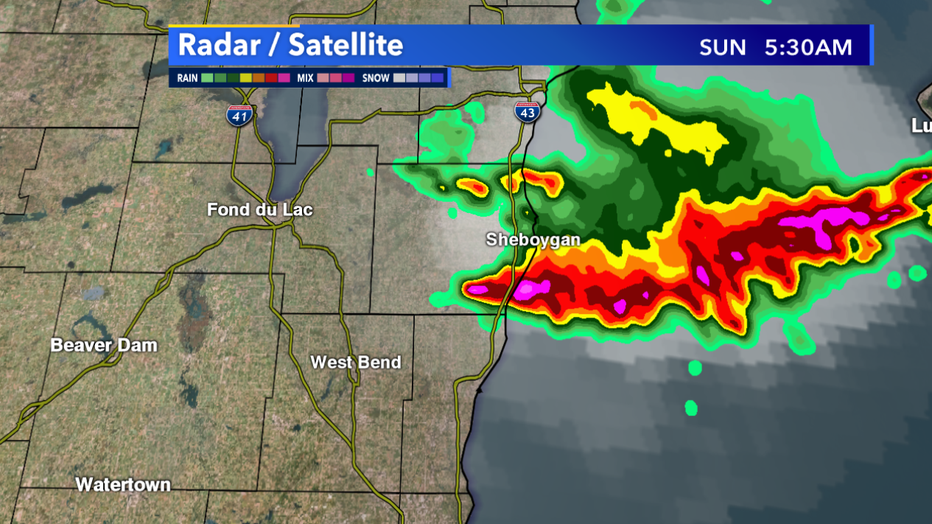 Pink and red colors on radar indicate the heaviest of rain rates, which in this case was well over an inch of rain per hour.