Union Grove waitress gets $1,300 tip after heartbreaking loss this fall

Union Grove waitress gets $1,300 tip after heartbreaking loss this fall

UNION GROVE -- Christmas came early for a Union Grove waitress after a big table left a big surprise. The act of kindness came at the perfect time for Michele Bachman.

Bachman has worked in the service industry since she was 16. For a little more than a year, she's worked at Mulberry's Pancakes and Cafe in Union Grove. On Sunday, Dec. 22, a group of 13 women sat in her section. It was a seemingly normal party until it was time for the check. 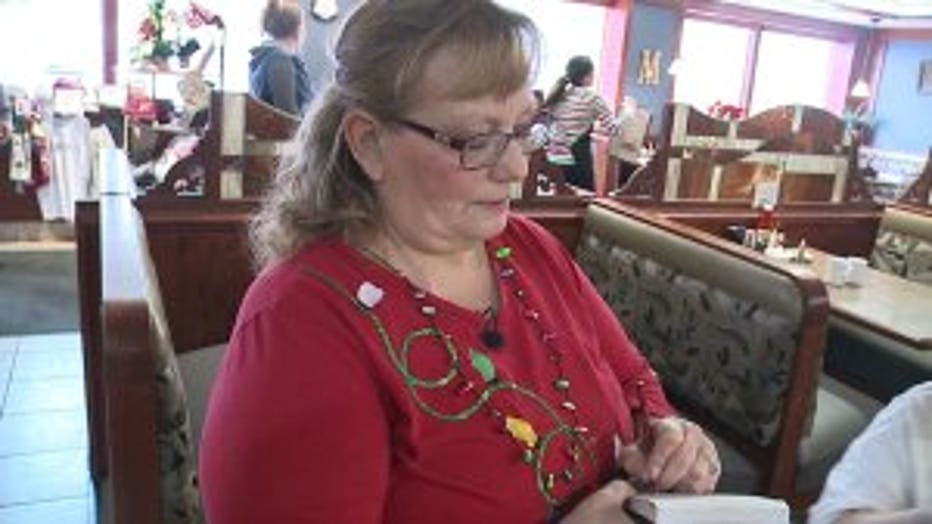 "I put the check down and told them all, 'Merry Christmas, it was a pleasure taking care of them,' and I walked away," said Bachman. 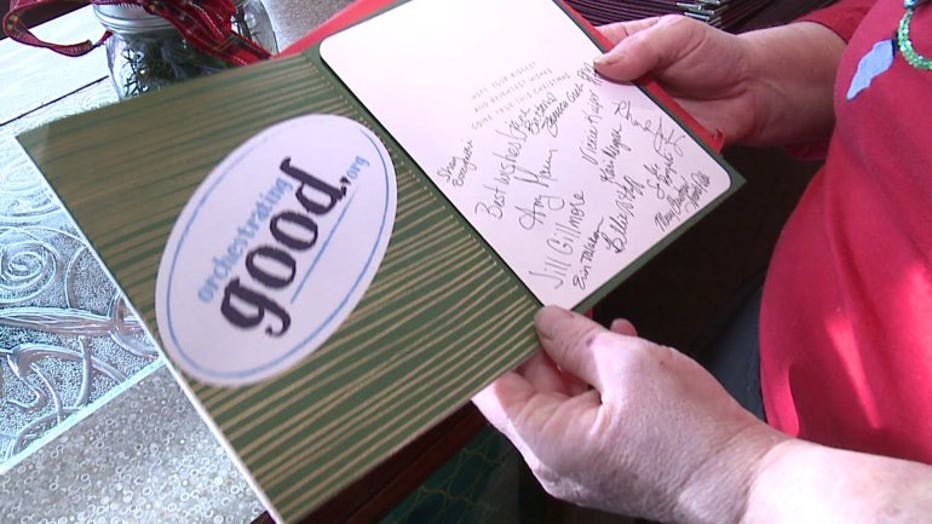 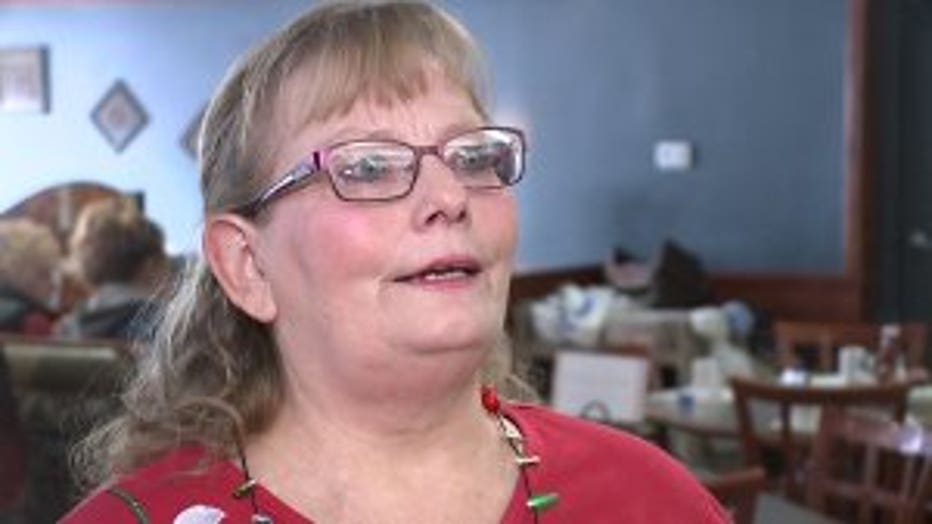 "Everyone asks me what I'm going to do with it, and I'm just so shocked -- I just want to hold it," said Bachman.

It was a random act of kindness that Bachman said made an immediate impact.

"Ever since then, I don't think I've stopped smiling," said Bachman.

It had been harder for Bachman to smile this holiday season. Her sister, Stephanie, died in October after they battled cancer together. 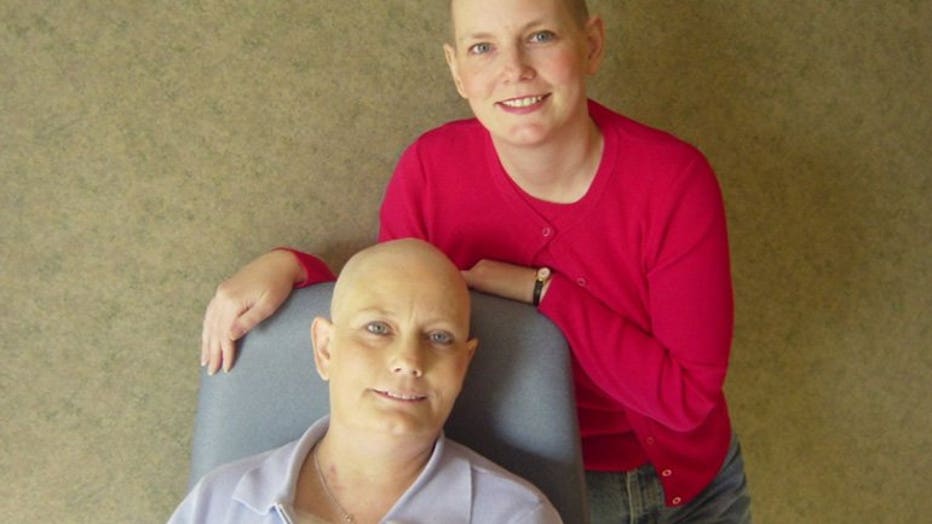 "As Christmas came, I kind of felt like I had lost a part of me," said Bachman. "I think actually, she's up there, and she knew that I was kind of still sad about this, and honestly, I feel like she sent those. She's an angel, and she sent those angels to me."

While Bachman wasn't sure how she'd spend the money, she said she'd be sure to spread the message. 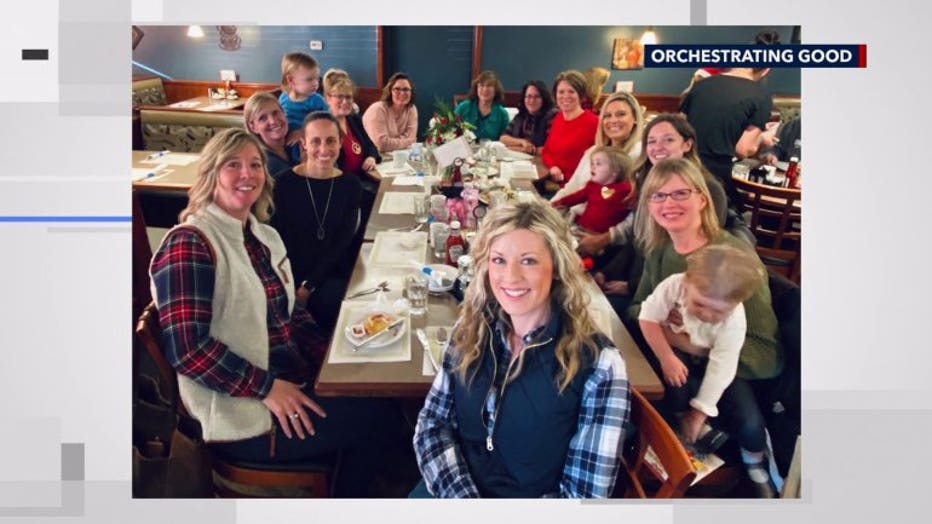 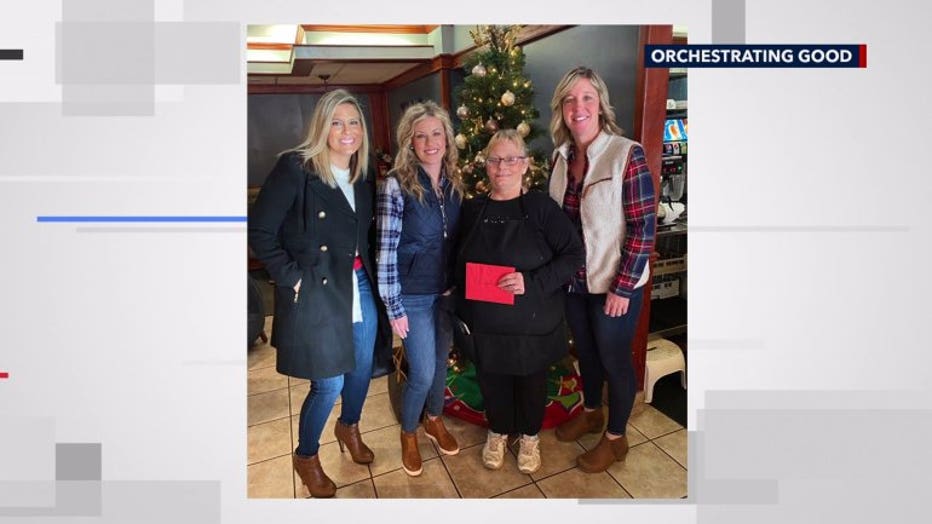 The women who left the tip are part of an organization called Orchestrating Good. Their mission is to raise awareness of the good surrounding us every day.