She's an unusual -- oddly-shaped dog with an equally unusual story! 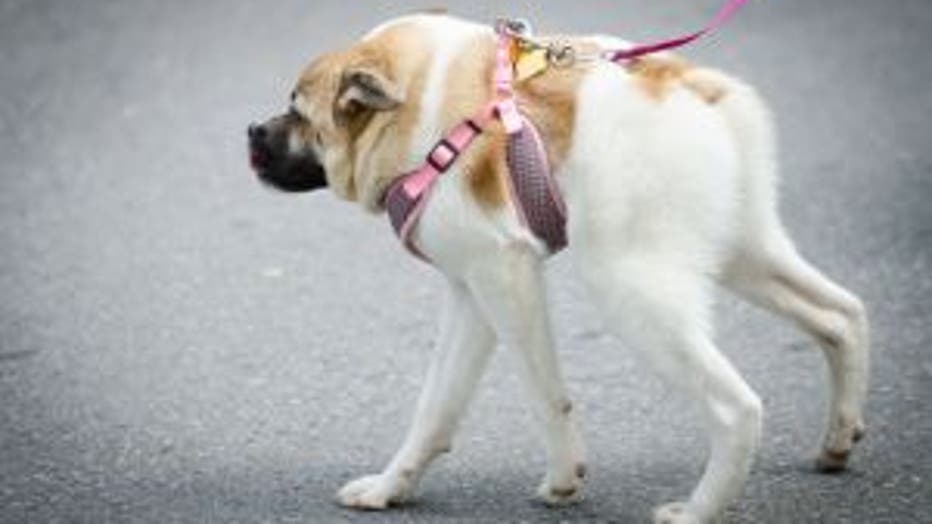 According to the Alabama Media Group, Pig was born in the woods northeast of Atlanta last fall to a feral mother.

Pig has profound birth defects that make her survival and attitude remarkable.

The Alabama Media Group reports Pig saved herself and her sisters by barking. Pig's barking drew the attention of a woman who took the dogs in.

That woman reports that the vet told her to have Pig put down -- but Pig lives on, despite the odds!

Pig was rescued by an Alabama woman who was visiting her sister in Jefferson, Georgia at Christmas when she learned about Pig and had the chance to meet her.

Pig apparently came with her name -- fitting because she kind of looks like a pig -- depending on the angle one views her.

Pig's veterinarians say she is missing part of her spine, she's missing several ribs, she has vertebrae that are fused and twisted, near her neck -- her spinal cord splits into two separate cords and her hips and joints are rotated in the wrong positions.

She hasn't been spayed because the vets don't want to put her under anesthesia.

Pig's unusual experience draws attention whenever the dog is taken out in public -- but beyond appearances, Pig is just a happy, fun-loving dog who likes to play with her housemates.

She loves snacks, food and naps!

CLICK HERE for much more on Pig's story via the Alabama Media Group.