“She did not deserve this:” 20-year-old man charged in shooting death of “Dricka” Hodges

"She did not deserve this:" 20-year-old man charged in shooting death of "Dricka" Hodges

MILWAUKEE (WITI) -- Relief for a Milwaukee family. 29-year-old Fredricka (Dricka) Hodges was shot and killed as she sat in her car at the intersection of 24th and Center in April. Now, a 20-year-old man has been charged in the case. Police say he's the one who pulled the trigger.

Life has gone on at the intersection of 24th and Center -- but now, when MCTS Route 22 stops there, it drops off passengers at the memorial for Dricka Hodges. 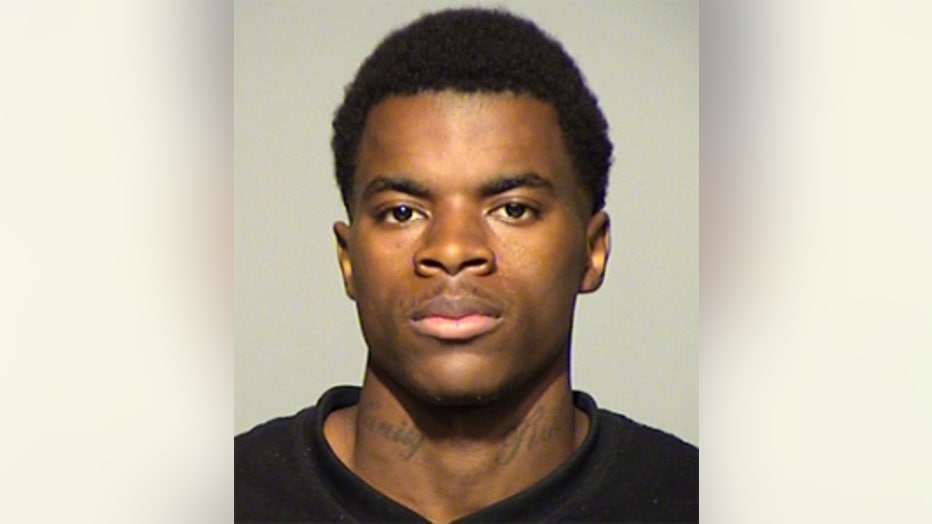 Taylor, a family friend, is a member of the New Testament Central City Church -- which planted a tree at the intersection in Hodges' honor.

The tree adds life to the corner where Hodges lost hers.

She was shot and killed on April 7th.

Police say she was sitting in her car when a man fired at a group of people standing on the corner.

Hodges' family members say at the time of the shooting, Hodges was on her way to the hospital to see her father, who had just passed away.

The criminal complaint against Crawford indicates Hodges was the "unintended target of gunfire."

A second victim, identified in the complaint as Oscar Rash, "had been shot in the arm and called for police" from a nearby gas station.

According to the criminal complaint, Rash was walking with two friends on Center St. when "he heard gunshots coming from the back of him and felt his arm get hit."

Rash told police "he turned around and saw the shooter, who he later identified" as Crawford.

The complaint indicates Rash then "drew a BB gun that he had on him and that the defendant turned and ran back away from where he was."

Another bullet allegedly fired by Crawford hit Hodges in the head.

"We felt the pain because she was a young woman who did not deserve this. You have two little girls who are now without their mom," Taylor said.

Taylor say the arrest of Crawford comes as a relief to a family already grateful for all the support: Huge vigils, charity car washes and the memorial tree at the scene of the crime.

Taylor says, however, the family will still need the community's support as they try to move forward.

"We`re looking forward to just rallying around the family, still, because it`s not over yet - attending court dates and ensure that justice is truly served," Taylor said.