SHAWANO -- Officials are searching for a driver who injured a person and struck and killed a baby kangaroo in Shawano County. The kangaroo lived at a petting zoo behind Anello’s Torch Lite Restaurant, hopped away from its owners’ home — and was struck by a car and killed on Tuesday, Nov. 27.

According to WLUK, a couple spotted the kangaroo -- named Lulu -- on Porter Road, near the intersection of Valley Road Tuesday evening around 7:30 p.m. 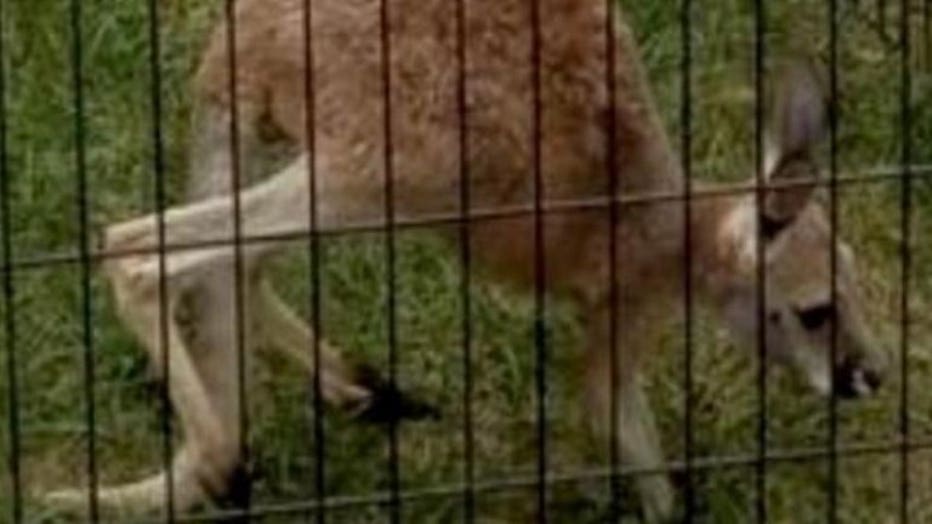 Shawano County officials say while the couple was trying to coax the animal into coming closer to them, a late-model truck was headed toward them.

WLUK reports the man tried to get the driver's attention by waiving his arms but the driver passed and struck the man in the chest with the side mirror and drove over his left foot. The truck struck and killed the kangaroo.

The driver is described as a woman in her mid 20s, standing 5'5'' to 5'7'' tall with glasses and shoulder-length hair.

Rita Mondus, Lulu's owner, says the loss is heartbreaking because the kangaroo was very much a part of their family.

Anyone with information regarding this incident is asked to call the Shawano County Sheriff's Office at 715-526-3111.