The homicide investigation began as a missing person case linked to the fatal police shooting of a rampaging carjacking suspect two weeks ago in Daly City, the sources said.

Investigators were at a home on the 1600 block of the Great Highway on Sunday afternoon and “a body was located in an apartment,” Sgt. Michael Andraychak, a San Francisco police spokesman. The victim was not identified. 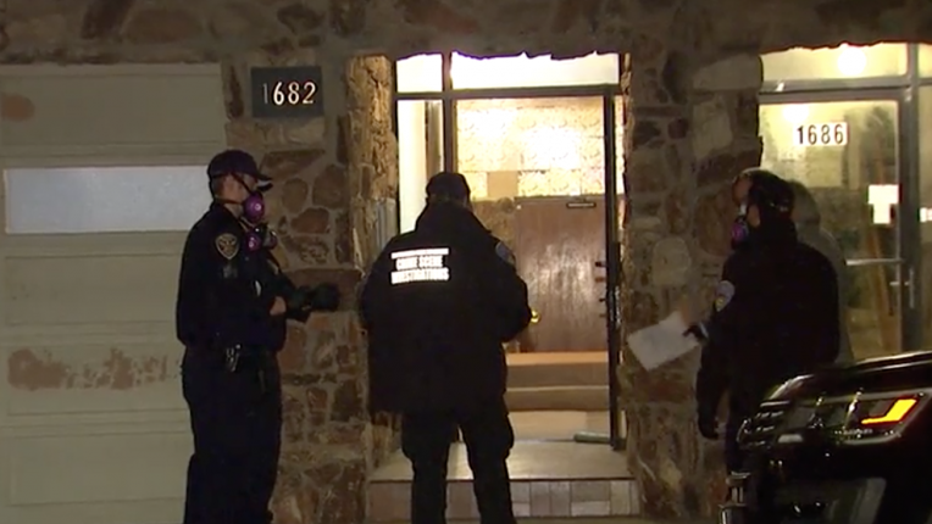 It’s not clear who reported the person missing.

But sources said the victim was associated with 35-year-old Antioch resident Justin Silvernale who was shot dead on April 12 after stabbing an off-duty officer and leading police on a wild chase along the Peninsula.

That case began around 5:30 a.m. when police said Silvernale tried to carjack two people, stabbing one of them, at the Chevron gas station at 110 Hickey Blvd. The suspect then allegedly stabbed an off-duty San Francisco police sergeant who tried to intervene.

The sergeant shot Silvernale, who then got into a scuffle with arriving South San Francisco police who tried to subdue him with Tasers, officials said.

But Silvernale got into one of the officers patrol vehicles, leading to a high speed chase that ended when the fleeing driver slammed through the gates of a parking garage at a Kaiser Permanente medical facility in Daly City, police said.

Silvernale then rammed a pursuing police cruiser, got out and confronted officers with a knife, officials said. Police opened fire, killing Silvernale.

The carjacking victim and off-duty officer have since recovered.