MIAMI -- A pit bull that suffered horrific injuries while being used as a bait dog is slowly recovering after being found by a South Florida animal rescue.

Elijah the pit bull was found on the brink of death last month in Hialeah.

Amy Roman of 100+ Abandoned Dogs of Everglades Florida tells FOX 35 News that Elijah was “torn to shreds” and covered in maggots. One of his ears had been shredded. The skin on his back nearly ripped off.

The young dog underwent emergency surgery and is receiving 24-hour care from the veterinarians at Bluepearl Pet Hospital. 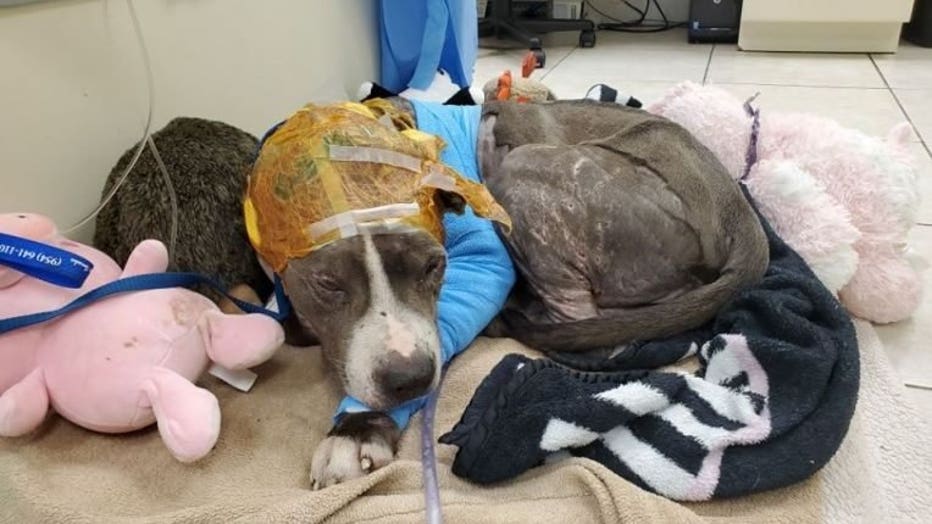 Investigators believe Elijah was used for illegal dog fighting as a bait dog. So far, no arrests have been made.

Despite the torture that Elijah went through, Roman says he’s sweet as sugar.

Photos of Elijah have gone viral and people from all over the country have been sending their love to the miracle dog. 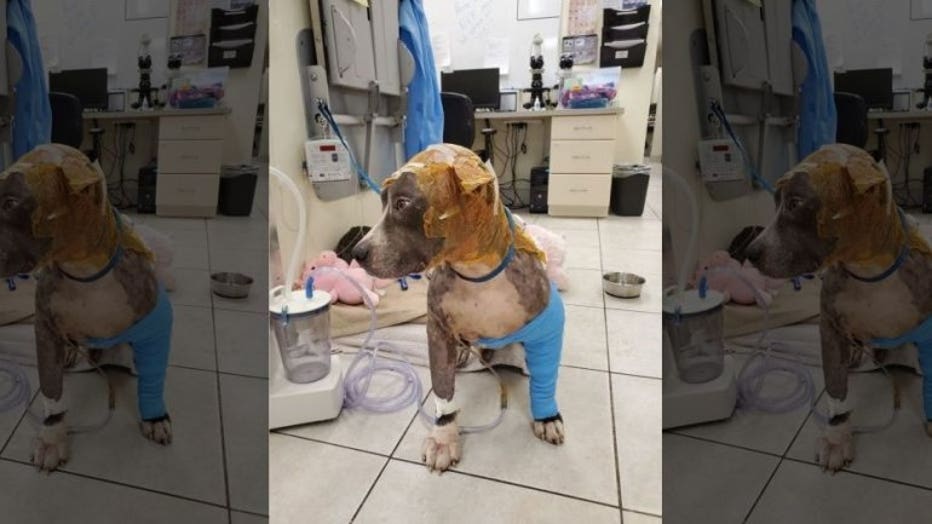 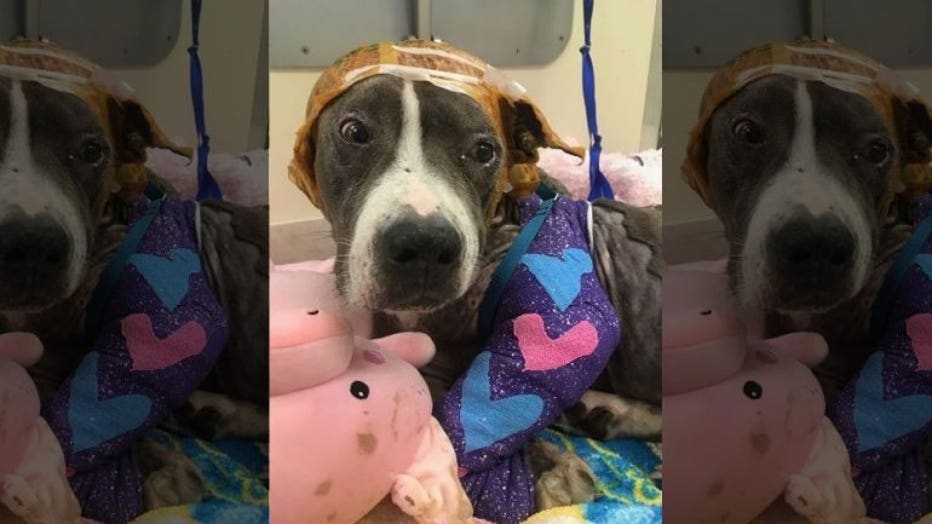 Roman says Elijah is recovering, but still has a long road ahead of him. Once he’s healed, he will be up for adoption.

To make a donation for Elijah’s medical care, you can use PayPal or contact the 100+ Abandoned Dogs of Everglades Florida.