SHEBOYGAN COUNTY (WITI) -- A 29-year-old Sheboygan man has been sentenced in connection with a high-speed chase that followed a domestic disturbance between him and his wife back in January in Sheboygan County. 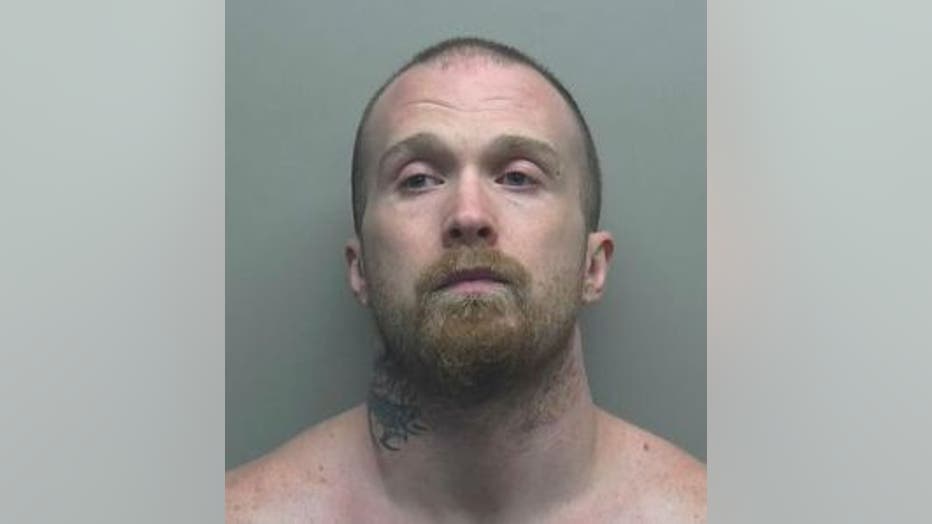 The misdemeanor disorderly conduct and carrying a concealed weapon charges were dropped -- and Blaney pleaded guilty to the two felony charges.

Sheboygan police on January 27th were called out to a homeon New Jersey Avenue for a report of a domestic disturbance between Blaney and his wife. Police learned that during the incident, Blaney had armed himself with a handgun, and had fled the home.

Police observed Blaney's vehicle in the 1500 block of New Jersey Aveneu and attempted to stop him -- and that's when police say Blaney fled, leading officers on a pursuit.

Police say the pursuit went south on S. 14th Street to Business Drive, and then west on Washington Avenue and onto I-43 NB.

Sheboygan County Sheriff's officials became involved in the pursuit near the I-43 and Highway 42 intersection.

The pursuit was terminated for safety reasons -- and shortly thereafter, the suspect vehicle was located stopped along the interstate in Manitowoc County.

That's when Blaney was taken into custody by State Patrol troopers -- on Highway X and Lakeshore Road in Manitowoc County. The loaded firearm was recovered there.

Blaney had to be taken to the hospital for treatment due to exposure to the cold weather conditions.

On Thursday, October 2nd, Blaney learned his punishment in this case.

For the fleeing and eluding an officer charge, Blaney received three years of probation. If he is to violate that probation, he will be forced to serve six months in prison with Huber release for work.