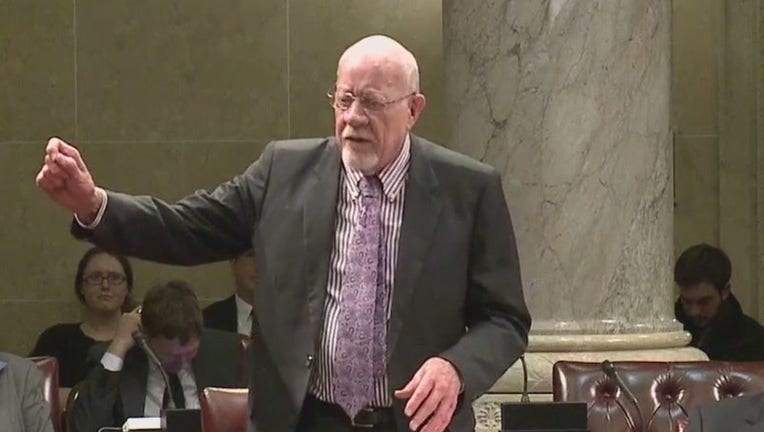 MADISON, Wis. - After 64 years in the Wisconsin Legislature, State Senator Fred Risser will be leaving the State Senate on Jan. 4, 2021.

According to a news release, Risser, is the longest-serving state or national legislator in the country’s history.  He is also the last World War II veteran to serve in either the state or nation’s legislatures.

Risser was elected to the Wisconsin Assembly in 1956, moving to the State Senate in 1962, where he has served in many leadership roles including 8 years as Senate Minority Leader and 25 years as Senate President.

Risser said that he considers a major accomplishment to be his work on drafting the Capitol Master Plan and following through over 10 years of work on the Capitol restoration.  Risser has received many awards for his work on environmental and women’s issues, including a Lifetime Achievement Award for his support of Planned Parenthood.

Risser said he was honored to have had the opportunity to represent the Madison area in the Wisconsin Legislature.