WASHINGTON, D.C. -- Wisconsin U.S. Sen. Ron Johnson says the U.S. Senate should not vote this week on a bill to replace the Affordable Care Act. 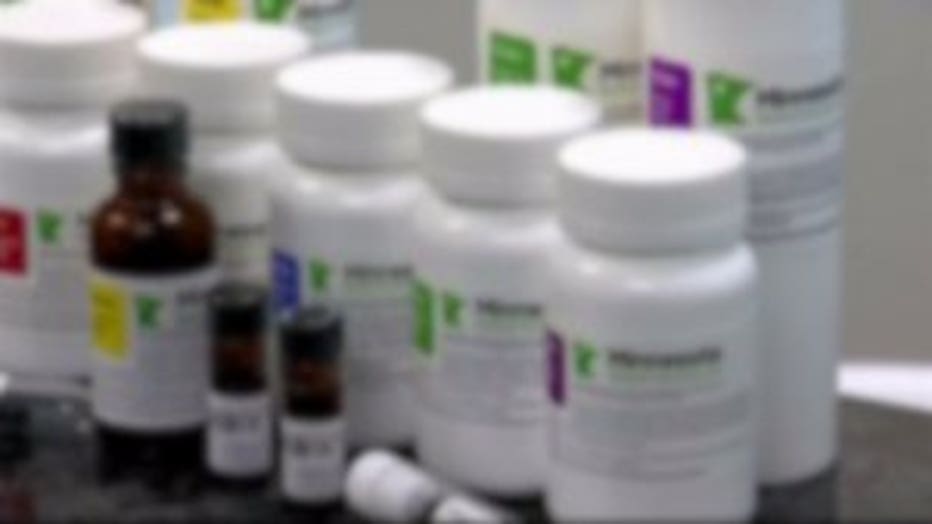 Senate leaders want to hold a vote this week, but pressure is mounting from both outside and inside the GOP conference. Five senators, including conservatives like Johnson and moderate U.S. Sen. Dean Heller of Nevada, have said they oppose the bill in its current form.

"There's no way we should be voting on this next week. No way," Johnson said on NBC's Meet the Press. "I have a hard time believing Wisconsin constituents or even myself will have enough time to properly evaluate this."

Johnson and fellow conservatives have said the plan advanced by Senate Majority Leader Mitch McConnell doesn't go far enough in repealing the law known as Obamacare and doesn't sufficiently lower health care costs. Moderates are concerned that the bill places caps on federal Medicaid funding, impacting millions of low-income Americans who rely on the Medicaid programs administered by their states. 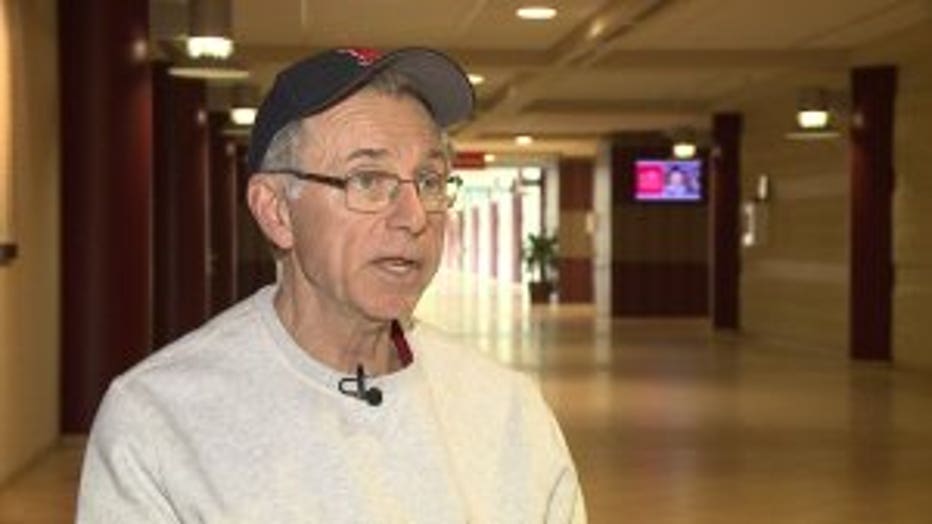 The health care industry and activists are putting outside pressure on Senate Republicans eager to complete a seven-year-long mission to repeal Obamacare.

On Father's Day, Frank Urtz of Shorewood found out his 28-year-old daughter has chronic leukemia. Urtz said she's responding well to medications, which would cost $150,000 a year if she didn't have insurance.

But Urtz is concerned that the Senate bill would allow states to seek waivers letting insurers impose limits on how much coverage a person can get. The Affordable Care Act bans lifetime limits and requires insurers to cover various so-called "essential health benefits" which states could waive under the Senate plan.

"It’s very scary to parents like myself who might be in this situation," Urtz said, who said he called Johnson's office this week to share his family's story. "To know in the background, there's this policy debate going on and where everything would be covered now, it might not be in the future, it's frightening." 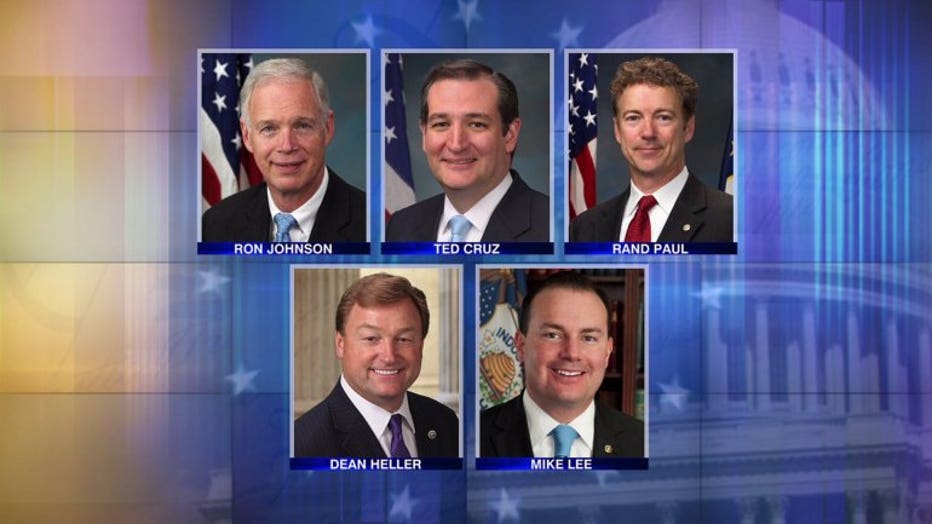 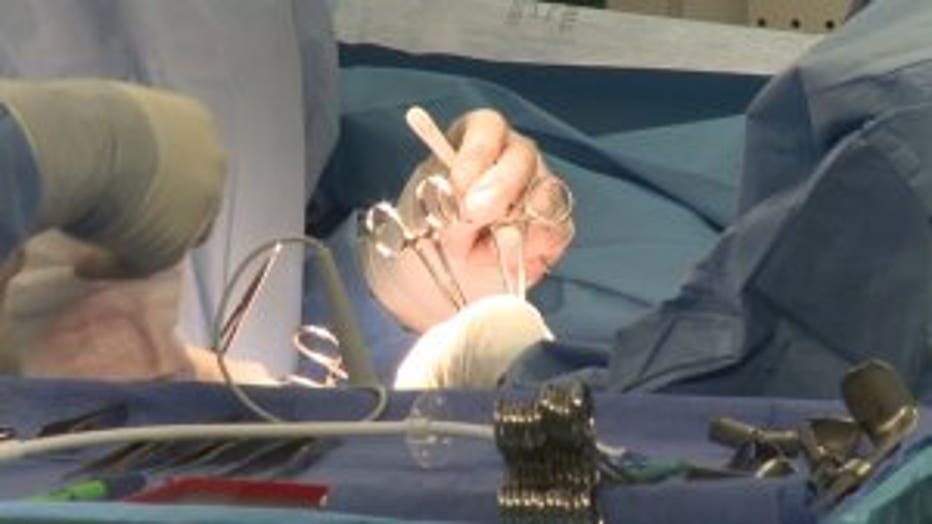 President Donald Trump is keeping up the public pressure on the five GOP senators.

"I cannot imagine that these very fine Republican senators would allow the American people to suffer a broken Obamacare any longer!" the president tweeted Saturday.

The Trump administration is reminding the Republicans that the Senate bill fulfills several 2016 campaign promises. It eliminates the individual mandate that forced people to get health insurance, repeals Obamacare taxes on insurers and the wealthy, and gives states more power to administer their own Medicaid programs.

But Gov. Scott Walker said late last week that he supported Johnson's position. Walker said he's spoken with McConnell and other Senate leaders and called on them to change the bill before holding a vote.

"If you repeal it, you better replace it with something better. I haven’t seen that yet," Walker told reporters. 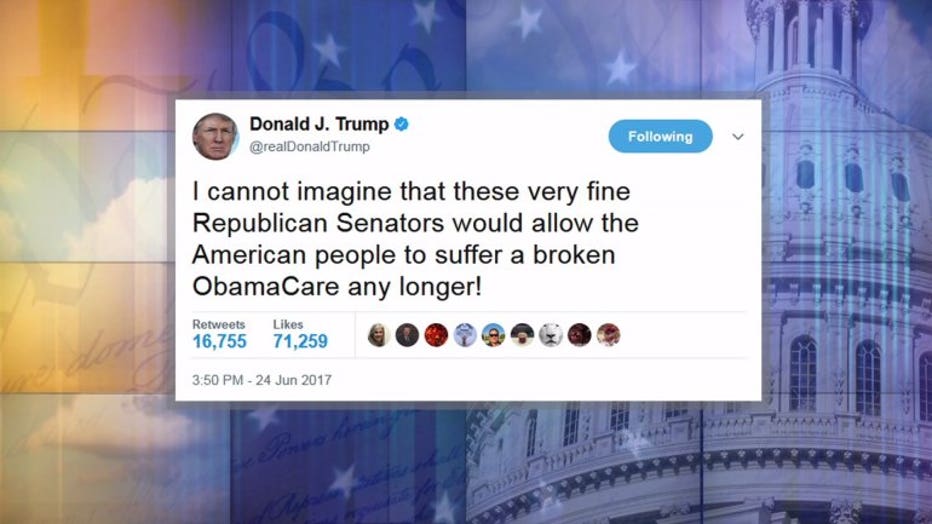 
As the debate intensifies over health care legislation, support is growing for the Affordable Care Act.

In June, 51 percent of people viewed the law favorably, compared to 43 percent in November 2016, according to a monthly poll conducted by the Kaiser Family Foundation. The 51 percent is the highest percentage since the poll began in 2010.